The entire wealth of Rai Bahadur Vidyapati was at the disposal of his only daughter Kiran, whom he loved and adored beyond imagination, and therefore he was keen that Kiran should get the best nursing. Thus a doctor, a nurse, and strict regularity crept into the infant life of Kiran who was only 11 years of age, and these limitations, the young kid resented as she was in no way different to the other children of the world whether poor or rich. She, one day, ran away from the house.

Kiran, on her escapade, meets Bhagoo, a madari, juggling with his band of monkeys. Bhagoo, besides his wife and younger brother Jeewan, had 11 children and his entire day's earnings were utilized in the evening for the upkeep of such a huge establishment. He gives shelter to Kiran in spite of the opposition of his tough wife. Now they are 15 in the family with Jeewan doing nothing save playing the Violin and patting his dog Moti. He meets Jyoti, who had a very greedy uncle. And after that, they meet very often, for Jyoti Jeewan was not only the most handsome boy on earth, but was decidedly the sweetest player of Violin as well and by the way Violin is an instrument of strings - may be strings that tie two hearts.

Jyoti's uncle, having lost heavily in business needed some money badly. He was even prepared to pawn Jyoti in the bargain if he could obtain his point. With this view he bargained with Seth Nandoo, an old eccentric fool and Jyoti was, from there on, pledged to Seth Nandoo.

Bhagoo fell ill. Kiran and Jeewan took up the show and ventured into the streets. Jeewan sees Jyoti with Seth Nandoo trying to learn cycling. Jeewan offers to teach her cycling and thus takes her as well as the cycle away from Nandoo. Nandoo reports this to the Uncle. The Uncle reaches the training ground and whipping Jeewan, he brings back Jyoti, locks her up and orders Nandoo to get ready for the marriage.

Kiran left alone, goes about with the monkeys and to attract the audience, she sings. As chance would have it, som Radio guys pass by. They like the singing of the child and engage her on Rs. 10/- per program. The smart publicity man of Shankar Mills hits upon a novel plan of advertisement. He engages Kiran at Rs. 100/- per program to sing songs in praise of Shankar Mill and its wares. The credit side of Shankar Mill showed an amazing improvement whereas the debit side of the mill of Rai Bahadur Vidyapati betrayed a huge loss. The separation from his daughter and now this crisis was too much for the Rai Bahadur. He fell dangerously ill...

Nandoo Seth is ready for the ceremony and poor Jeewan is watching all these helplessly. Bhagoo is still ill. Kiran now is the mainstay of this family of 15 and the Rai Bahadur is on his death bed! and now comes the climax... the document of this beautiful photoplay which dear reader come and see yourself on the screen. 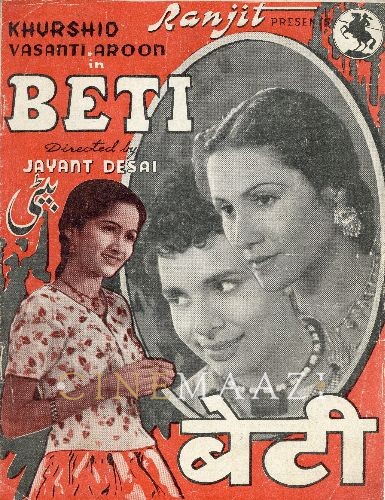 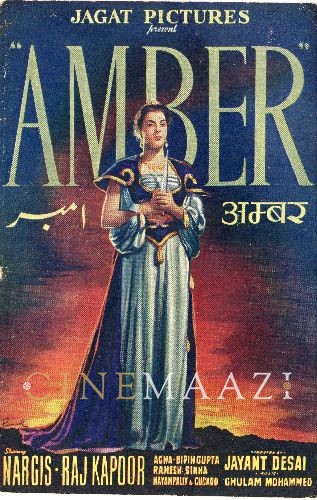