Vaidyalingam (T.S. Balaiah) and Sundaralingam (S.V. Subbiah) are brothers living together in the village Alanganallur. Vaidyalingam is childless while Sundaralingam has two sons, Kannaiyan (Sivaji) and Mani (M.N. Nambiar). A leg and a hand of Kannaiyan were paralyzed due to an electric shock in his childhood. Mani studies in a city college. Vaidyalingam’s wife Akilandam (C.K. Saraswathy) is jealous of Sundaralingam’s family and invites her brother’s children Singaram (M.R. Radha) and Amudha (Tambaram Lalitha) to live with her. Singaram plans and organizes the marriage of Amudha with  Mani. He also creates a rift between Vaidyalingam’s and Sundaralingam’s families and ensures that they separate.

Mani, his family, and Singaram stay with Vaidyalingam’s family. Sundaralingam and his wife find it difficult to get a bride for Kannaiyan due to his handicap. But Ponni (B. Saroja Devi), an orphan servant maid, volunteers to marry him.  Mani goes to work in town. Singaram borrows money from his aunt Akilandam as well as from Mani to invest in a dance show business with Anarkali, a dancer,  promising huge profits. Mani takes money from his office funds and lends it to  Singaram while Akilandam gives him family money without her husband’s knowledge.

When Vaidyalingam comes to know this, he sends Akilandam to get the money back from him.  Akilandam lands up in the city and demands money from Singaram. In the same way,  Mani is under pressure to return the money to the office. Both Kannaiyan and Mani are blessed with children. Singaram loses heavily in the dance shows. Knowing this,  Anarkali and her mother run away with his money. Mani is suspended from his job for misappropriation of office funds. In the meanwhile, Ponni decides to get Kanniyan treated for his handicap and they come to the city. Mani and Akilandam realize their mistakes and are after Singaram. Singaram, desperate to earn money, takes away Kannaiya’s child and tries to organize a circus show involving an elephant and  Kannaiya’s child.

Both Kannaiya and Ponni reach the venue. Kannaiya, anxious to save his child from the elephant, comes into contact with a live wire and gets an electrical shock again. He recovers from his paralysis, fights with  Singaram, and saves his child.  Mani also joins him. Finally,  Singaram is arrested along with Anarkali and her mother.  Mani’s office manager agrees to reinstate him when the money is returned.  Brothers Vaidyalingam and  Sundaralingam unite and celebrate the Pongal festival again together with their entire families. 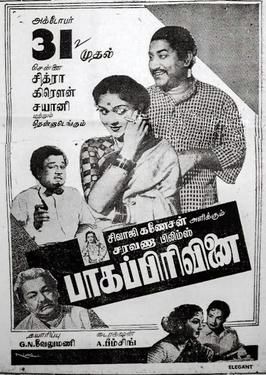 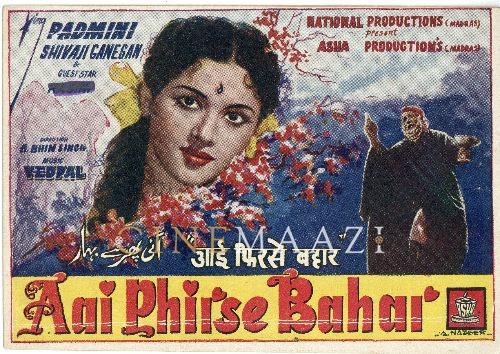