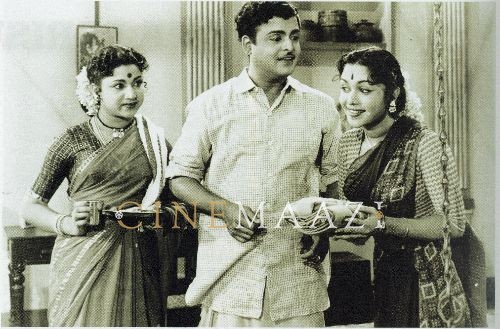 Earning several epithets to her credit as a versatile actress, B Saroja Devi, at the age of 17 stepped into movies with the Kannada film Mahakavi Kalidasa, in 1955. Her big debut however, came with the highly acclaimed 1957 film Panduranga Mahatyam, directed by Kamalakara Kameswara Rao. The film featured her in a prominent role opposite legendary actor N T Rama Rao, who was a guiding spirit to the actress. It is said that all essential elements of working on a film set were gradually honed by her, with the support and encouragement of Rao, who helped her with his insights about discipline, work-ethic, costume designs and enhancing one's acting skills. Her performance in the film earned her much acclaim, through her fabulous acting prowess and dancing skills. In a career spanning over six decades, she has more than 200 films in her kitty.

Born on 7th January 1938 as Radha Devi in Bangalore, to father Bhairappa, who was with the police, and Rudramma, a homemaker, with India still under the shackles of the British Raj, Saroja Devi was one of the most successful female actresses in the Indian movie marquee. She made a mark in Kannada, Tamil, Telugu and Hindi films. The reigning queen even after her marriage in 1967, she was pursued by many producers and directors for their films.

She played the lead heroine in over 200 consecutive films in 29 years between 1955 and 1984. Saroja Devi received the Padma Shri, the fourth-highest civilian honour, in 1969 and Padma Bhushan, third highest civilian award, in 1992 from the Government of India, an honorary doctorate from Bangalore University and Kalaimamani award from Tamil Nadu.

Being the couple’s fourth daughter, her grandfather, Mayanna Gowda wanted that she be given away for adoption, but her father refused to do so, and asked her to learn dancing, while encouraging her to take up acting as a career.

With her mother’s strict diktat – no swimsuits and no sleeveless blouses, which she strictly adhered to throughout her active career, a young Saroja Devi accompanied often by her father to studios would have him patiently tie her anklets and massage her swollen feet after her dancing stints.

Though she declined a film offer at the still young age of 13 having been spotted by B R Krishnamurthy, films were, however, to be her true calling. She debuted in Honnappa Bhagavatar’s Kannada film Mahakavi Kalidasa (1955), in which she played a supporting role. The film won the National Film Award for Best Feature Film in Kannada. Soon she acted in B R Panthulu’s Tamil film Thangamalai Ragasiyam (1957), performing a dance sequence.

With MGR spotting her and taking her as the female lead for Nadodi Mannan (1958), her career was cast in gold, and saw her soon being signed for the Hindi film Paigham (1959), whose co-stars included Dilip Kumar. She went on to work with other leading Hindi actors such as Rajendra Kumar in Sasural (1961), Sunil Dutt in Beti Bete (1964) and Shammi Kapoor in Pyaar Kiya To Darna Kya (1963). Though she did shoot a few scenes with Raj Kapoor for Nazrana (1961), she was replaced by Vyjayanthimala following differences with the director C V Sridhar.

Following her success in the southern language, films saw her being crowned Chaturbhaasha Taare, in 1962 because of her popularity in these four languages.

She was also admired for her sartorial sense with her saris and blouses, ornaments, hairstyles being copied by girls and women of the time. So much so, the 60s saw her as a fashion icon among South Indian women, who mimicked her style and mannerisms. Her saris and jewellery from Enga Veettu Pillai (1965) and Anbe Vaa (1966) were popularised widely in magazines.

The Sivaji Ganesan and Saroja Devi pair gave as many as 22 back-to-back hit movies. After marriage, her career in Tamil cinema considerably waned even as she became more active in Kannada movies. She was among the highest-paid actresses in Kannada and Telugu films of the time.

In 2005, Saroja Devi chaired the 53rd National Film Awards jury. She served as vice-president of Kannada Chalanchitra Sangha. She today runs a successful business and was Chairperson of Karnataka Film Development Corporation, which had been set up as a private limited company by her and few other film personalities in 1972. 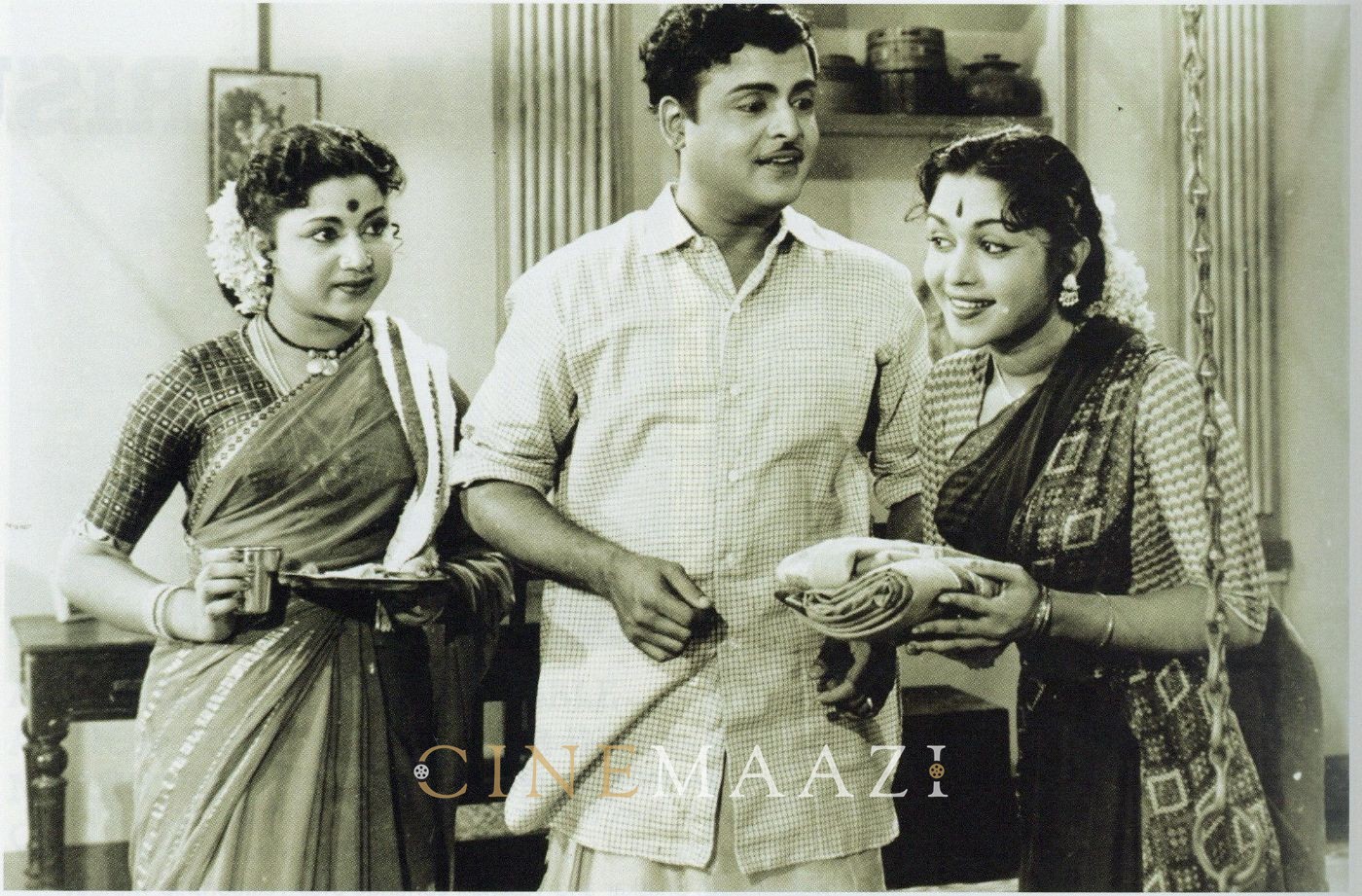 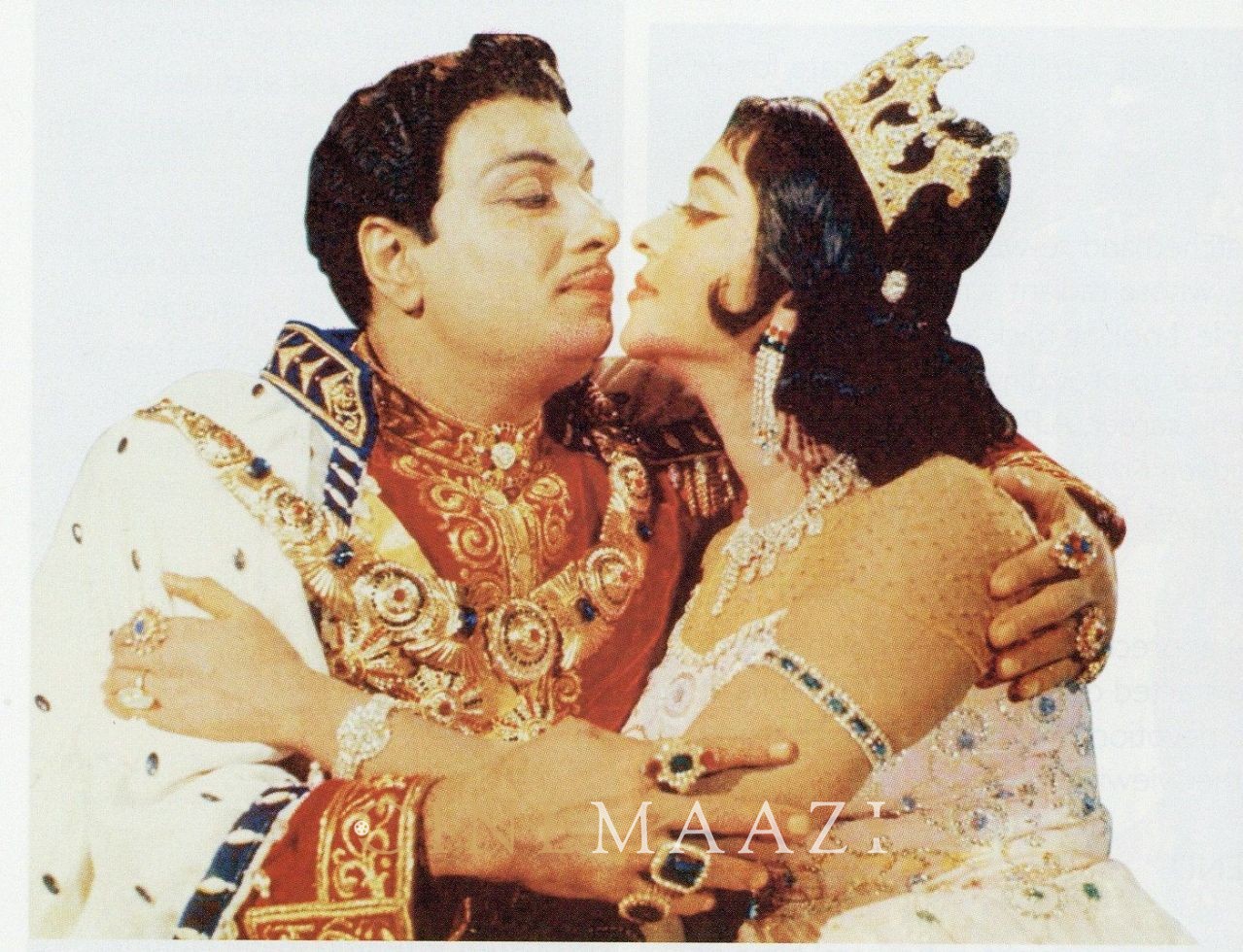