Gnanam is the only daughter of king Dharmar (D. Balasubramaniam), a widower.  Gnanam, an ardent devotee of Mother Mary, prays regularly to Her. The King marries Lenal (P.S. Sivabhagyam) to take care of Gnanam. Though Lenal initially takes good care of Gnanam, she falls prey to the wrong guidance of her assistant  Arogyam (P.R. Mangalam), who advises her to put Gnanam in her place as otherwise, she might become a threat to her status. Gnanam grows into a beautiful girl Gnana Soundri (M.V. Rajamma), who is very close to her father. Lenal gets jealous of their closeness and constantly gets worried about her status. When the king announces his plan to get Gnana Soundri married to a prince and appoint her as queen, Lenal gets worried about losing her position. Arogyam advises her to get rid of Gnana Soundri, so that she can continue to be the queen and the power centre.

Soon, Lenal starts ill-treating Gnana Soundri. Wild animals trespass into the farmlands, causing damage to crops and the farmers plead with the king to protect them. The king decides to go and hunt the animals. Though Gnana  Soundri expresses her desire to accompany him, the king refuses, hands her over to Lenal, and goes hunting in the forest. Taking advantage of this opportunity, Lenal decides to get Gnana Soundri killed. Aroygam organizes some goons. Lenal makes  Gnana Soundri unconscious and hands her over to the killers. The killers take her to a forest, but instead of killing her, out of pity, they amputate both her arms and abandon her. When the king returns, Lenal feigns ignorance, stating Gnanam had left the palace one fine day and could not be traced. Shocked, the king lives in a  state of deep sorrow.  PilEnthiran (T.R. Mahalingam), prince of the neighbouring country who has come to the forest for hunting, finds and rescues Gnana Soundri. He falls in love with her despite her handicap. However, she does not reveal her background to protect the honour of her father and kingdom. Against the wishes of his father Simiyon,  PilEnthiran firmly stands for his love and marries her.

When Dharmar’s kingdom is under attack, he seeks Simiyon’s support to fight the enemies. Pil Enthiran decides to fight the war and help king Dharmar. Gnana Soundri informs PilEnthiran about her pregnancy and he is overjoyed. She permits him to fight this war, knowing that he is doing it for her father.  PilEnthiran joins Dharmar and fights the enemies. The war takes longer than expected. In his absence, Gnana Soundri delivers twins. King Simiyon and his wife are overjoyed and send this news to PilEnthiran. The messenger comes to king Dharmar’s kingdom and delivers the message to Lenal. Through this message, Lenal learns that Gnana Soundri is alive, married to PilEnthiran and blessed with twins. Though the messenger confirms that nobody knows Gnana Soundri’s family background, Lenal is afraid that her sins will be revealed soon. At Arogyam’s suggestion, Lenal makes the messenger unconscious and changes PilEnthiran’s message to his father. King Simiyon is shocked to read the changed message (supposedly from PilEnthiran) to kill Gnana Soundri and her children immediately, failing which he would never return to the kingdom. Simiyon and his wife fail to comprehend the reason of the message but decide to obey it with the modification that instead of killing her, they send her to the forest with her children.  Gnana Soundri struggles in the forest with her twins as she is unable to even lift her children to feed them. Frustrated, she decides to sacrifice her life and prays to  Mother Mary, seeking to end her life. In reply to her prayers,  she regains her hands through the blessings of Mother Mary.

PilEnthiran wins the war along with king Dharmar and returns to his kingdom. He is shocked to know about the message he supposedly sent to his father. He rushes to the forest to search his family. After considerable struggle,  he finds his wife and children.  King Simiyon and his family reach  Dharmar’s kingdom. Pil Enthiran presents Gnana Soundri to her father. Dharmar comes to know of Lenal’s conspiracy and punishes her. Arogyam is thrown out of the palace. Gnana Soundri lives happily with her family.

One of the main reasons for the film’s success was its memorable songs composed by S.V. Venkataraman and written by Kamba Dasan. ‘Arul Thaarum Mary Maathave...’  (in praise of Virgin Mary) sung by P.A. Periyanayaki became hugely popular and is remembered even after 60 years. Other popular songs from the film are: ‘Vettunda  Kaigal Vedhanai...’, ‘Manamohanane...’, ‘Kaadhalil Kaanum Inbam...’, ‘Nenjame  Anjathey...’ ‘Jenma Payanadaindhen...’ and ‘Jeeviya Bhagyamey...’ Most historians opine that no other film came with such wonderful songs on Christianity either before or after this film; such is the everlasting quality of its songs! 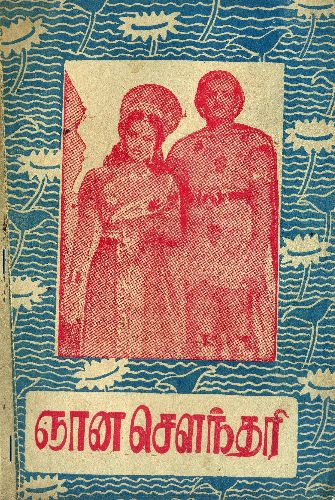