This screen play is woven into a network of curious incidents which occur in the lives of two persons the uncle and the nephew. Lalchand is the uncle of his nephew Prakash. The former who is a complete bankrupt tries to depride the latter of his father's property.

Seth Dayalchand the father of Prakash and the step brother of Lalchand made such a will that after the death of his son Prakash, his wealth should go in the hands of his step brother Lalchand who should look after his sister-in-law (Prakash' mother).

Hence Lalchand thinks of becoming once again a millionaire by removing Prakash who has become a sort of a thorn which pricks him day and night.

He entrusts this work to murder Prakash to his faithful G. men No. 7 who takes from Lalchand in writing a note in which he promises to No. 7 Rs. 20,000 for the said crime.

Fortunately Prakash is saved as the faithful Mali becomes Victim of No. 7 with his colleague escaped leaving Prakash to witness the murdered Mali. Police party reach the spot soon after and ultimately they see Prakash running away. The chase between Prakash and the police party lasts for a long time and ultimately Prakash falls down from the height of a hill.

Lalchand taking Prakash as dead his claim on the property and also on Jyoti, the beloved of Prakash.

Jyoti is kidnapped by Lalchand and his party. She calls God for help by that devil laughs it away. But prayers never go empty.

Jyoti is miraculously saved by a masked-man on motor cycle. This masked-man after great deal of mischief full of jokes declares himself as Prakash.

Hence once again Destiny brings together two thwarted lovers. Prakash now bends upon taking his Inteqaam on his uncle Lalchand but before he could succeed, he falls in the hands of No. 7 and his G. men who hand him over to the Police authority as a suspected murderer of Mali as the deceased Mali breathed his last having Prakash's name on his lips.

Poor Jyoti is once again becomes a victim of Lalchand who pretends wooing her. Shanti the dancer who once happened to have a romance with Prakash feels very much when she heard that he is a accused of a murder. On the other hand she feels pity for Jyoti when she is harassed by Lalachand.

Shanti now plays a double game. She skillfully enters with the help of her two friends Changoo and Mangoo in disguise in the abode of Lalchand. There she offers to Lalchand and his G. man a gorgeous dance. All of a sudden No. 7 enter and Lalchand takes him to his private chamber. Shanti and Changoo and Mangoo slip into it very skillfully. There they hear a desperate argument between Lalchand and NO. 7 on finding that he could not claim Jyoti, atonce claims his 20,000 the sum promised to him on murdering Prakash.

Here Lalchand plays trick. He pretends giving the sum but instead of the sum or Rs. 20,000, he takes out the revolver from the safe and with its help takes from No. 7 the promissory note of Rs. 20,000.

But No. 7 is more than a match for him. He kicks the revolver and that blessed promissory note falls on the ground, they both start struggling for it.

Shanti who upto that time watches with the cat-like eyes picks the promissory note and quits the spot atonce. Both stop fighting and NO. 7 atonce runs after her to recapture that note. After a long motor chasing N. 7 fires two shots at her and she is half fainted as she is badly wounded. But she proves herself a brave girl. Though wounded she managed to reach the spot in time. She produces that blessed note before the police authority. Prakash is set free only to find poor Shanti dead in his hands. Prakash having been acquitted of the charge of murder goes in search of Jyoti in the gambling room. There he finds Lalchand threatening Jyoti to yield to his request for romance lest his beloved Prakash would be hanged. She only to save Prakash's life, agrees to his wishes.

Prakash could hardly bear this sight and he attacks him like a savage but Lalchand avoids his blows and runs away Prakash keeps on chasing him. At last both reach the top of the hill. The fight continues till Lalchand falls down from the height and ends cursed life full of sins. 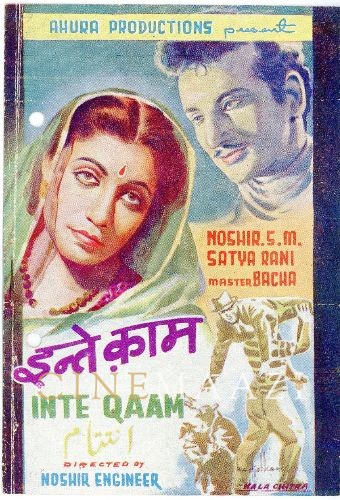 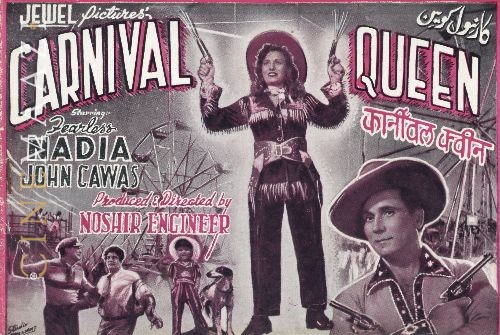 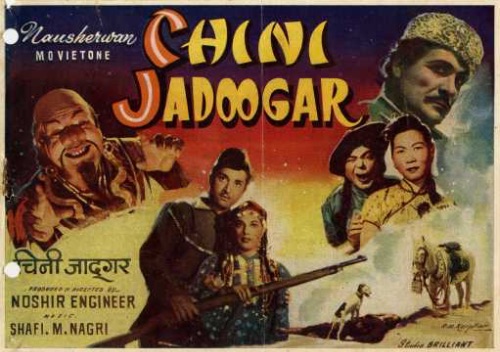 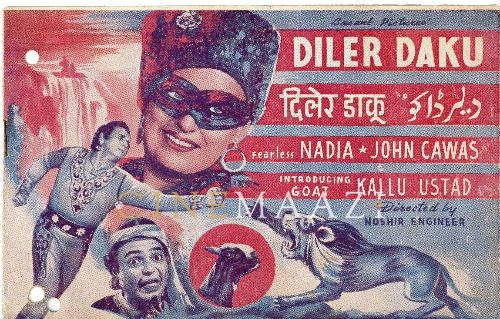