It all starts with a difference of opinion between a father and his son.

Bholanath Roy, a famous solicitor of Calcutta wants that his son Dilip should study law and follow him in his profession. But Dilip who is now eighteen desires to take up music as a career. Bholanath does not consider this occupation to be respectable enough. He vehemently objects.

Gradually this difference of out-look creates an insurmountable barrier between the two. Finally, Dilip leaves home for good, being unable to bear the strain any longer.

Jagabandhu, a doctor by profession and Bholanath's friend from his boyhood days, assures the aggrieved father that with good sense prevailing, Dilip will realize his mistake and come back.

But Dilip does not come back and a whole year passes by. Bholanath begins to feel a peculiar emptiness in his life. Busy hours at the office and a crowd of servants at home cannot fill up that void. An acquaintance of Jagbandhu, who is not very well off, has a daughter, eight-years-old. Her name is Anita. On the suggestion of Jagabandhu, Bholanath decides to bring her up as an adopted child.

With this little child, he starts life anew and ten more years roll by.

Anita is now eighteen, with distinctive marks of lavish upbringing in her manners, dress, and outlook, This is as great a matter of satisfaction to the fashionable circle, in which Anita moves, as profoundly disappointing it is to Jagabandhu who hates extravagance.

Jagabandhu vehemently opposes Bholanath's idea of marrying Anita to one Mr. Chakravarty, who is a Banister, and fabulously rich and in Jagabandhu's estimation, he is simply a waster. But Bholanath does not seem to put much importance on Jagabandhu's objection.

In the meanwhile, Anita, in response to an invitation from Mrs. Chatterjee leaves for Ranchi. She is expected to take a leading part in a Charity-Show, organized in aid of some flood-stricken people.

On her way, Anita meets her fate, While traveling in a ladies' compartment, a young man forces his way in. The intruder is Dilip. Dilip apologizes to Anita for the unavoidable intrusion but Anita does not trust him. She is rude to him and insists on his clearing out of her compartment at once. Dilip has to pull the alarm chord of the train. While getting down from the compartment he sarcastically tells Anita that he is not only leaving the compartment but will also pay a fine of Rs. 50/- if he cannot prove his innocence.

Little does Anita know of the surprise that is in store for her at Ranchi. There she is introduced to the organizer of the Charity-Show, the young man is no other than the fellow who had worried her in the train, Dilip. Anita is amazed at the coincidence.

After the arrival of Anita, the youngmen of Ranchi appear unusually enthusiastic over the Charity-Show. The shrewd eyes of Alak, Mrs. Chatterjee's son, do not take long to see that it is really Anita and not the Charity-Show that the young enthusiasts are so interested about. He anticipates a scandal.

"Of Bholanath Roy, not exactly his daughter—he has brought her up".

With a calmness typical of Dilip, he receives the news and assures Alak that he will help him.

Dilip tells Anita that her love for flattery betrays an outlook, hardly becoming of a daughter of Bholanth Roy. Only he does not tell her, what relation Bholanath Roy is to him.

Criticism of her personal affairs is usually an insult to proud Anita, but instead of being annoyed over it, she feels–peculiarly attracted to the young man, he is so different from others.

The youngmen of Ranchi, as well as Mr. Chakravartty, come to know of Anita's leanings for Dilip. But while Chakravartty takes this news calmly, the Ranchi group decides to retaliate. They desert Dilip on the night of the Charity–Show, leaving him and Anita in the midst of an excited and disappointed audience in the theatre. But Dilip faces the crowd boldly and in a novel way, he gains back the sympathy of the audience.

To the great disappointment of Anita, Dilip tells her that their union is not desirable and that they must part. He does not tell her the reason. He simply leaves Ranchi thereafter.

Then comes the most shocking news of all. Bholanath Roy is seriously ill. Anita hurries back to Calcutta and finds that he is no more. Finally, Jagabandhu informs her that old Bholanath had for some peculiar reason made very little provision for her in his will. For Anita, this is definitely an hour of distress. She thinks of Dilip, who only, she thinks, can help her. But does Dilip come to know of all this and does he come to her?

You will find the answer in the picture. 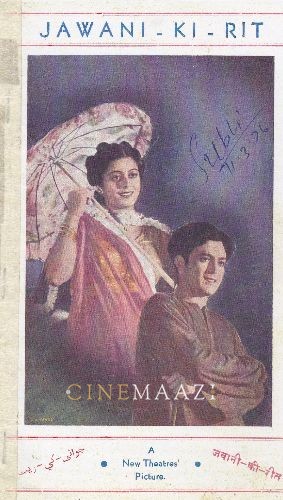 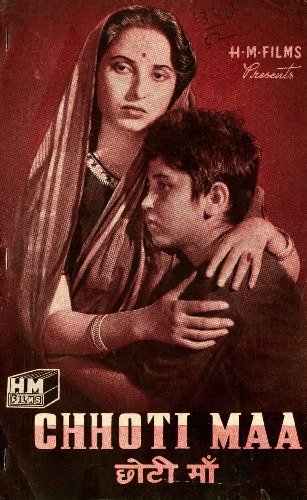