Dinanath is an honest hardworking cashier in a co-operative bank of a small village. He lives happily with his wife Karuna, son Amar and daughter Mala, who are studying in the school, Dinanath's eldest son Deepak is taking higher education in Ahmedabad. To meet education expenses of children Dinanath is working overtime in the bank.

Balbir a sophisticated swindler and the son of Dinanath's friend, visits the village and runs away with forty thousand rupees of the bank which, Diananth had to deposit in the bank. Dinanath is implicated in embezzlement and jumps into a turbulent river.

Dinanath's wife Karuna and her son Amar, and daughter Mala leave the village when the false allegations and tauntings of the villagers regarding the dishonesty of Dinanath proved unbearable. They settle in another village, where Karuna works day and night to meet the family expenses and also to send money to her eldest son Deepal for his education.

Deepak falls in love with Bindu, daughter of a very wealthy widow, who sends Deepak and Bindu to America with a condition that he will stay with them after their return and forget his family connections.

By the time Deepak and Bindu return from America after 5 years, Deepak's brother Amar grows into a young man. Amar and his sister Mala do odd jobs to maintain themselves and their mother has become blind due to her long struggles.

One day, when blind Karuna is coming from the temple, she meets her nephew Navin, who breaks the news that he had met her son Deepak in Ahmedabad. He also informs that he has become very rich, has married and has a son too. Karuna is overjoyed. She gives this news to Amar Mala and asks Amar to take to Ahmedabad. Amar refuses to go to ungrateful Deepak; but on Mala's suggestion that in Ahmedabad they can get medical treatment for Karuna's eyes, Amar agrees.

The family when reaches at Deepak bungalow is badly treated. They all are put up in servants' quarters. Amar resents this. Deepak promises to get mother's eyes treated and also admits Amar in the college, only on the condition that they will not interfere with his life with Bindu and mother-in-law Sudha Devi.

Amar falls in love with Bindu's younger sister Rita. Bindu and Sudha Devi do not like their presence and ultimately implicate Amar in false charge of theft.

Amar with his mother and sister leaves the house. Chintu, Deepak's child, who had by this time become much attached to his uncle Amar, cries but Bindu silences him.

Amar and his family are given shelter by an old rickshawala, who is none else but his father Dinanath, who had not died but had lost the memory due to the fall in the river.

Amar continues his studies and drives Auto-ricksha in spare hours. Deepak's ego is hurt, when he learns that his brother is driving ricksha in the same city, where he is a big shot.

In the end, Deepak's son Chintu is kidnapped by Balbir, who demands a big ransom for the child's release. He also traps Deepak. Helpless Bindu comes to Amar and falls at his feet. She begs to save Chintu and Deepak. Amar goes for their rescue. Here, Dinanath, who was seriously injured by Balbir's care gets back his memory. Karuna and Dinanath meet.

How the child is rescued in a thrilling climax and how the family reunion is done in dramatic circumstances must be seen on the Silver Screen. 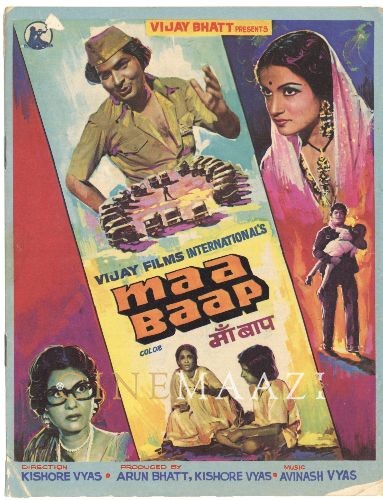 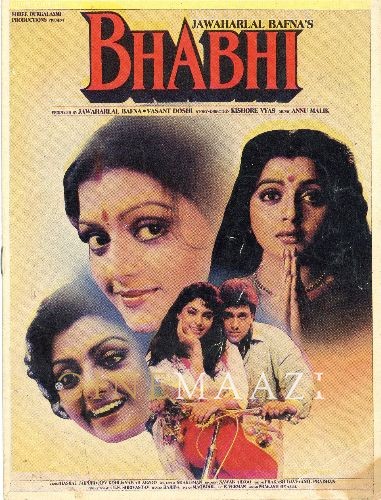