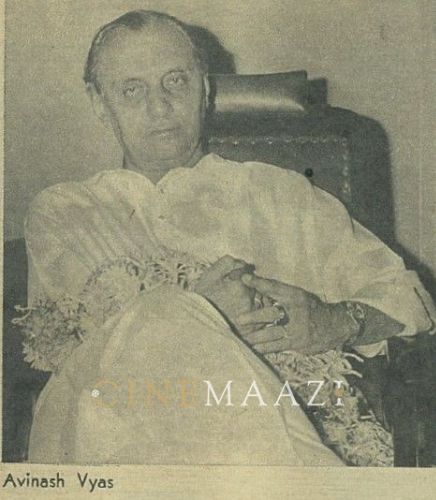 Music composer, lyricist and singer Avinash Vyas left his mark on the world of Gujarati sugam (light) music, through the approximately 10,000 songs that he composed in the course of his career. Composing around 1,200 songs for over 190 Gujarati films, his songs covered a wide range of subjects and moods. To him also goes credit for roping in the top league of playback singers from the Hindi film world to render songs for both Gujarati film and non-film songs. Winner of the Gujarat State Film award for the best lyricist and best music on several occasions, he was also honoured by the government of India in 1970 with the Padma Shri, the fourth highest Indian civilian award.

Born on 21 July 1912, he acquired his initial musical training under Ustad Allauddin Khan Saheb. He cut his first gramophone record in 1940, starting with HMV’s Young India label. He made his debut as a film music composer with the Gujarati film, Mahasati Ansuya (1943), jointly with A R Quereshi. He also interacted with Ustad Alla Rakha (A R Qureshi) for Hindi films in his initial days. Success came with Gunsundari in 1948. The film, a bilingual in Gujarati and Hindi, was a major hit.

He played a key role in inducing Geeta Dutt to sing Gujarati songs—the singer has evidently rendered more songs in Gujarati than her native Bengali language! She rendered many popular songs for his mythological films, such as Aaj nahin to kal in Nagmani (1957). That said, he also utilised her voice for a diverse range of songs, including the lullaby - So ja re mere laal from Aadhi Roti (1957), for which he had penned lyrics.

From the period starting 1943 till 1985, he composed for approximately 62 films; interestingly, other well-known music directors of the time had composed for fewer films. If Khayyam had scored music for approximately 40 films, Roshan worked on 57 films and Salil Chaudhary in around 70 films. However, the big-budget films proved elusive, and Vyas was mainly confined to scoring music for low-budget mythological films, with the occasional social or historical film.

Yet, despite these shortcomings, his creativity shone through. He continued to experiment with most major singers, creating a wide range of songs rendered by a range of playback singers. If he scored Ek dharti hai ek hai gagan sung by Meena Kapoor for Adhikaar (1954), he composed Koi dukhiyaari aayi tere dwar rendered by Sudha Malhotra for Andher Nagri Chaupat Raja (1955). The mujra number Tere bangle ki main maina was sung by Shamshad Begum in Bhakt Raj (1960), Ritu anokhi pyar anokha was sung by Zohra Ambalewali for Har Har Mahadev (1950), and Chamak rahe tare by Madhubala Jhaveri for Rajrani Damyanti (1952).

Probably on account of budgetary constraints, he did not use mainstream playback singers often, but when he did, his work stood out among that of his contemporaries. The Lata Mangeshkar rendered song - Ja re badal ja from Kailashpati (1962) is one such example. In the 1953 bilingual Teen Batti Char Rasta, he used Asha Bhosle in a delightful light mood. Other impressive compositions include Sun bhi le paravardigar dil ki itni si pukar from Malika-e-Aalam Noorjahan (1954), B.A., M. A., B. Ed. by Asha Bhosle and chorus from Adhikaar (1954), and Tikadam baazi tikadam bazi.. miya razi bibi razi by Kishore Kumar from Adhikar (1954).

His comfort composing male songs, whether for mythological, social or historical situations, can be seen in songs such as Tere dwar khada Bhagwan by Pradeep from Waman Avtar (1955), Pollam poll by Mohammad Rafi from Laxmi (1957), and Jane di kismat ki naav by Manna Dey and chorus from Bhagyawan (1953). His desire to experiment with different male playback singers, within the limits that hemmed in his creativity, is seen in compositions such as Bade bade dhoondhe pahaad by Hemant Kumar from Jagatguru Shankaracharya (1955), and Deep jal raha hai by Talat Mahmood from Andher Nagri Chaupat Raja (1955). He also composed impressive duets such as Ek baar to mil lo gale by Talat Mahmood and Sudha Malhotra in Andher Nagri Chaupat Raja (1955), and Tim tima tim taare by Mukesh and Sulochana Kadam in Har Har Mahadev (1950).

While he composed a good number of films in Hindi cinema from 1951 to 1962, the mega success of the Gujarat film Mehndi Rang Lagyo (1960) for which he composed music, apparently saw him going on to focus more on Gujarati language cinema. He is credited with bringing local folk singers to the film realm. His versatility, creativity and experimental streak in Gujarati songs is evident in Ame Mumbai na rahevasi by Geeta Roy, Chunnilal Pardesi and A R Ojha from Mangal Fera (1949), Aa Mumbai chhe, jyan bhai karatan jaaji bai chhe by Manna Dey from Mehndi Rang Lagyo (1960), Hoon Amdavad no rikshawalo by Kishore Kumar from Maa Baap (1977), and Hoon Amdavad ni nari naveli from Kanku Ni Kimat (1983). 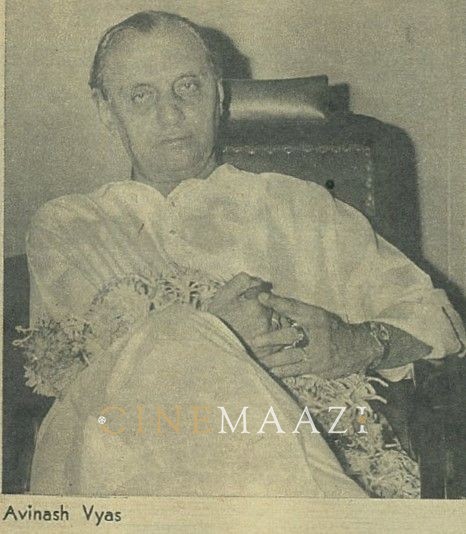