Life in Chunni's village is all peace and quiet, and great fun. She fools the villagers with her impersonation of her twin sister, Munni; she has a great friend in Mugale Azam, who does her homework, and she also has all the opportunity to vex her masterji (school teacher), Kallu (the village butcher) and her father. There is one small problem, though.

In a mansion in the village, said to be haunted, lives the legend of a witch called Makdee (played by Shabana Azmi). The legend has it that whosoever wanders into the mansion, comes out as an animal! No one in the village dares enter the mansion. Of course, here is the exception of the school teacher, who brushes it aside as mere superstition.

Things are going fine for Chunni until the day one of her pranks get quite out of hand. As a result of this, Munni, her docile sister, enters the mansion, where the witch turns the little girl into a hen.

Chunni is hysterical when she discovers this. She runs from pillar to post to get help, but her credibility is at an all-time low and the entire village refuses to believe her, except the cops, Ghanta and Banta. But they turn up too late. Chunni enters the haunted mansion to search for her sister.

Chunni has never been so terrified in her entire life. She enters the main hall and, to her horror, finds the witch for her. She pleads with the witch to let her poor little sister go, as it was no fault of hers. But the witch asks her to strike a deal. She will turn Munni back into a human only if Chunni can acquire for her a hundred hens in exchange.

All of a sudden, Chunni is confronted with the biggest challenge of her life. 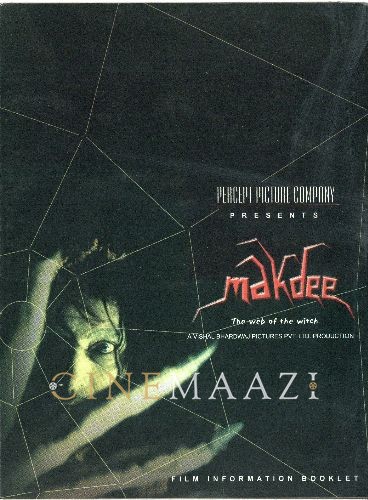