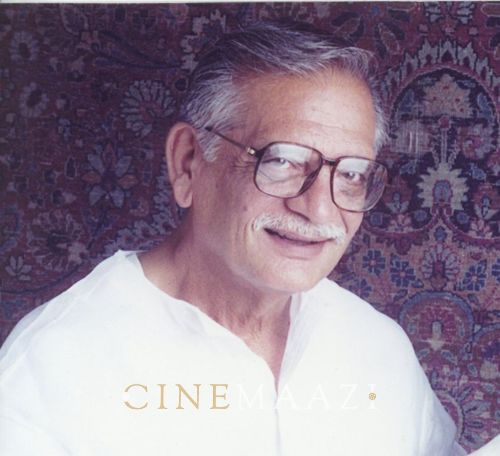 Eminent lyricist, director and poet, Gulzar is known for his distinct expression, whether in poetry, prose or filmmaking which unearths new aspects and emotions of life. As a filmmaker, his directorials explored stories of human relationships meshed in social issues. Many of his films were also based on literary works, and he was known to often use the device of flashback effectively in the narration of his stories. Moving and adapting with the times, his work has stayed relevant and contemporary over the decades. Adopting the pen name Gulzar Deenvi, he later simplified it to Gulzar.

Making his debut as a director with Mere Apne (1971), his directorials include Achanak, Parichay (1972), Koshish (1972), Aandhi, Khushboo (1975), Mausam, Kinara (1977), and Kitaab (1977). Awarded the Padma Bhushan in 2004, the third-highest civilian award in India, he has also been honoured with the Sahitya Academy Award, and the Dadasaheb Phalke Award. He is winner of five National Film Awards, namely Best Screenplay for Koshish, Second Best Feature Film for Mausam which he directed, Best Lyrics for Mera kuchh saamaan from the film Ijaazat, Best Lyrics for Yaara silli silli from Lekin (1991), and Best Popular Film Providing Wholesome Entertainment for Maachis which he directed. He has also received the Academy Award for Best Original Song and a Grammy Award for Best Song Written for a Motion Picture, Television or Other Visual Media for the lyrics of Jai ho from the film Slumdog Millionaire. His cache of awards also includes no less than 22 Filmfare Awards.

He was born Sampooran Singh Kalra on 18 August, 1934, into a Sikh family to Sujan Kaur and Makhan Singh Kalra in Dina, Jhelum district, British India, in what is present-day Pakistan. While at school he was influenced by the writings of Rabindranath Tagore. However, his education was interrupted as the family split during Partition. Surviving the horrors of the period, they moved to Delhi, and he eventually travelled to Bombay in search of work, where he took up various odd jobs to earn a living. His interest in writing blossomed alongside as he attended college and got involved with the PWA (Progressive Writers Association). It was, in fact, during the weekly PWA meetings that he was encouraged by lyricist Shailendra and director Bimal Roy to explore work in films.

Finding a shared love for literature, he started under directors Bimal Roy and Hrishikesh Mukherjee, whose films were often based on literary works. He debuted as lyricist with Roy’s Bandini, for which he penned the Lata Mangeshkar-rendered Mora gora ang layle. While his lyrics added a poetic dimension to songs, Gulzar won attention for his song Humne dekhi hai un aankhon ki mehekti khushboo in Khamoshi (1969). His song Humko man ki shakti dena for the 1971 film Guddi became widely popular. Over the years, his popularity only grew as he created winning lyrics for a host of songs in widely appreciated films such as Mausam, Maachis, Dil Se, Omkara, Kaminey, and Slumdog Millionaire.

Having penned dialogues and screenplay for films such as Anand, Aashirwad, and Khamoshi, his directorial debut Mere Apne became an above-average hit at the box office. A remake of Tapan Sinha's Bengali film Apanjan (1968), the film featured Meena Kumari as an old widow caught between the local fights of unemployed and distressed youngsters. The death of her character forces them to realise the uselessness of violence.

Gulzar went on to direct Parichay, a drama starring Jeetendra and Jaya Bhaduri with special appearances by Sanjeev Kumar, and Vinod Khanna. The film was said to be inspired by the Bengali novel, Rangeen Uttarain by Raj Kumar Maitra, with shades of the Hollywood hit musical, The Sound of Music (1965). His Koshish, based on a story he had written, depicted the struggle faced by a deaf-mute couple; Sanjeev Kumar won the National Film Award for Best Actor for his performance in the film. Gulzar’s 1973 directorial Achanak was based on the 1958 murder case K M Nanavati versus State of Maharashtra. His Aandhi, based on the Hindi novel Kaali Aandhi by Kamleshwar, bagged the Filmfare Critics Award for Best Film. Incidentally, the film was wrongly thought to be based on the life of Indian Prime Minister Indira Gandhi, and was banned during the Emergency of 1975.

Gulzar’s directorials were invariably based on literary works. His Khushboo was inspired by Sharat Chandra Chattopadhyay's Pandit Mashay. His very successful Mausam, which won the National Award for Second Best Feature Film, as well as the Filmfare Best Film and Filmfare Best Director awards, was based on the story Weather, from A J Cronin’s novel, The Judas Tree. Shakespeare’s play The Comedy of Errors was apparently the inspiration behind his directorial Angoor (1982).

Gulzar’s films explored bold themes in a sensitive manner. If his Libaas (1988) told the story of an extra-marital affair of an urban couple, his Mausam portrayed the attempts of a father to improve the life of his prostitute-daughter. His Maachis depicted the futility of terrorism, while the protagonist’s battle against corruption took centre-stage in Hu Tu Tu.

Exploring television, he directed the serial Mirza Ghalib, which starred Naseeruddin Shah, as well as Tahreer Munshi Premchand Ki based on the novels of Premchand. He also penned the lyrics and dialogues for many Doordarshan TV series such as Jungle Book, Alice in Wonderland, Hello Zindagi, Guchche and Potli Baba Ki with Vishal Bhardwaj.

As a poet, Gulzar composed verse in Urdu and Punjabi, as well as Braj Bhasha, Khariboli, Haryanvi and Marwari. Following the Triveni form of stanza, his poems are published in three compilations, namely Chand Pukhraaj Ka, Raat Pashminey Ki, and Pandrah Paanch Pachattar. His short story compilations include Raavi-paar and Dhua.

In other work, he wrote and narrated for the children's audiobook series Karadi Tales, has penned stories and poems for Chakmak, a Hindi magazine for children. He was appointed as Chancellor of the Assam University in 2013.

Among the books penned on Gulzar and his work are Jiya Jale: The Stories of Songs, and In the Company of a Poet, both by Nasreen Munni Kabir, Echoes and Eloquences by Saibal Chatterjee, and Because He is... by Meghna Gulzar.

Married to actress Raakhee, the couple has a daughter, Meghna Gulzar, who has directed films such as Filhaal, Talvar (2015), Raazi, and Chhapaak (2020). 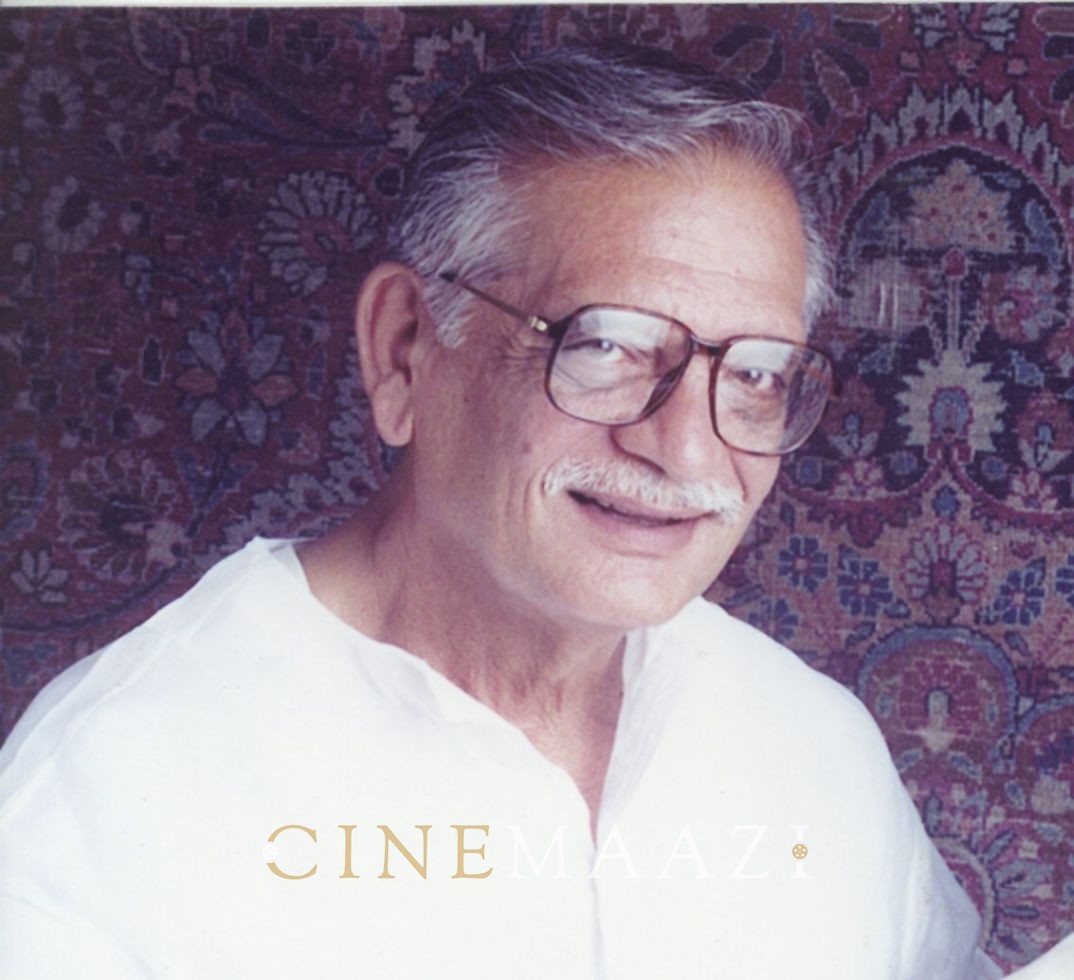