Deepak Verma, a Planist is prosecuted by an ambitious and ruthless Lawyer named Mr. G.D. Thakral. Deepak's wife Aarti begs Thakral for mercy, but in vain, she and her young children, Arun and his sister Komal watch helplessly as their innocent father is put to gallows. Mother withdraws into her grief and drifts away from home, leaving the orphans alone to fight against poverty and injustice.

They struggle through the grim realities of life and grow up. Inspite of his bitter struggles Arun becomes a strong and ideal lawyer, the youngest lawyer in the same Court where Thakral is still heading the show with his ruthless ambitions.

Young Arun remembering his father's sad end, confronts Thakral inside and outside the Court.

Arun happens to meet and fall in love with a beautiful girl Geeta. Through her, he meets her Doctor brother-in-law, who knows that Arun's mother, Aarti is still alive and is in a mental Asylum. She is lying in a state of coma and seems to be still fighting the case for her husband Deepak Verma and hoping for his survival.

Arun is shocked and pained by the plight in which he finds his mother. His anger bursts out in more confrontations with Thakral. Then, to lend salt to his misery, Arun discovers one day that his sister Komal is in love with the son of Thakral - Vicky, who intends nothing but to ruin Komal.

So, today it is Vicky, the son of Thakral, facing a charge of murder in Court.

Arun Verma is the Prosecutor, Thakral is the Defence Counsel. 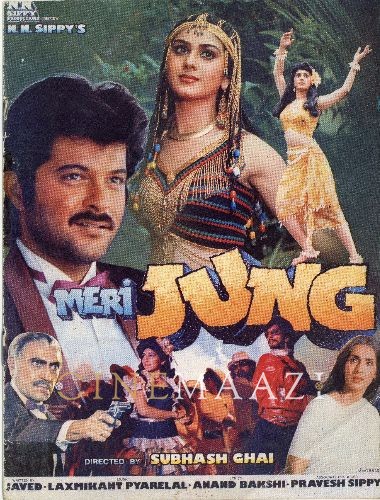