When Indian History is replete with instances of heroic deeds and marvelous chivalry on the part of brothers of mere "Rakhi" relations and tale pertaining to those naturally born as brother and sister could always be much more exciting.

Jyoti (Suraiya) sistr of Lambu (Sheikh Mukhtar) was of poor family but very intelligent. She could always squeeze out time to attend school though invariably busy helping her widow-mother in household work. A fellow student Prem (Kamal Jeet), handsome and always well-dressed owning a car, had his eyes on her. Jyoti who could read the meaning, however, remained aloof, afraid of her poverty being exposed, and thought of asking her brother to try and ameliorate their lot. But Lambu was a good for nothing fellow... in jail.

Lambu was not a professional criminal. Only his unbounded sympathy for the downtrodden and the oppressed, and his taking the law in his own hands to teach lessons to the oppressors resulted in his frequent sojourns to the jail, and he of course thought of them as good for change of climate. Naturally, this stigma of jail going, had its repercussions on his family name and came in the way of any negotiations for his sister Jyoti's marriage. Fortunately, Prem's people started talks but this ruffian of a brother Lambu misbehaved and they broke down. For a good cause like sister's marriage, he thought of wrong procedure and came out with a fantastic idea of acquiring wealth through plunder to perform her marriage with greater pomp and show. His friend Mahipat Rai alias Pat Pat (Bhagwan) warned him against such a course but to no purpose.

Full of such wrong nations he one night jumped in a Seth's house, only to find the Seth just then killed by one Chhaganlal, (N.A. Aansari) a bad character, for the purpose of securing certain valuable documents. Not linking the idea of being caught as murderer, he ran off from there. Thanks goodness that he had no more occasions for such misadventures, as luckily he won 6½ lakhs of rupees in a lottery. From a mere Lambu he now became "Mr. LAMBU". He thought of marrying his sister to Maharaja having an elephant to ride on than to Prem who had a mere motor car.

Wicked Chhaganlal, who, in the meanwhile, started aspiring for the hand of Jyoti, plotted to capture Lambu's wealth as well as Jyoti. He spread his drag-net and started pulling in Mr. Lambu and eventually got him involved in affairs with a dancer Veera (Vijayalakshmi), who forgot her mission and surrendered herself to Mr. Lambu because of his good nature. Before she could expose Chhaganlal, he cleverly creased her out of existence, and Prem, who happened to be, then at the spot was roped in as her killer.

Sentence of death on Prem was to be the death of Jyoti's all ambitions and her future happiness. But, tell she could not a word to her brother in this connection. She was born in a country where girls do not do so. It is considered bad and simply not done.

How Mr. Lambu became aware of her sister's love with Prem? How he saved Prem from guillotone? How he rescued his sister from the clutches of Chhaganlal? And what was that wicked man's fate? All these sequences in a highly developed form you are sure to appreciate much better on the screen rather than in the cold print here. 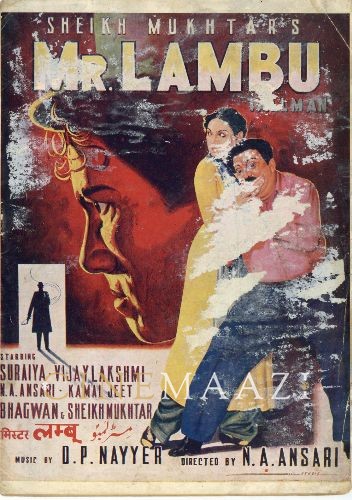 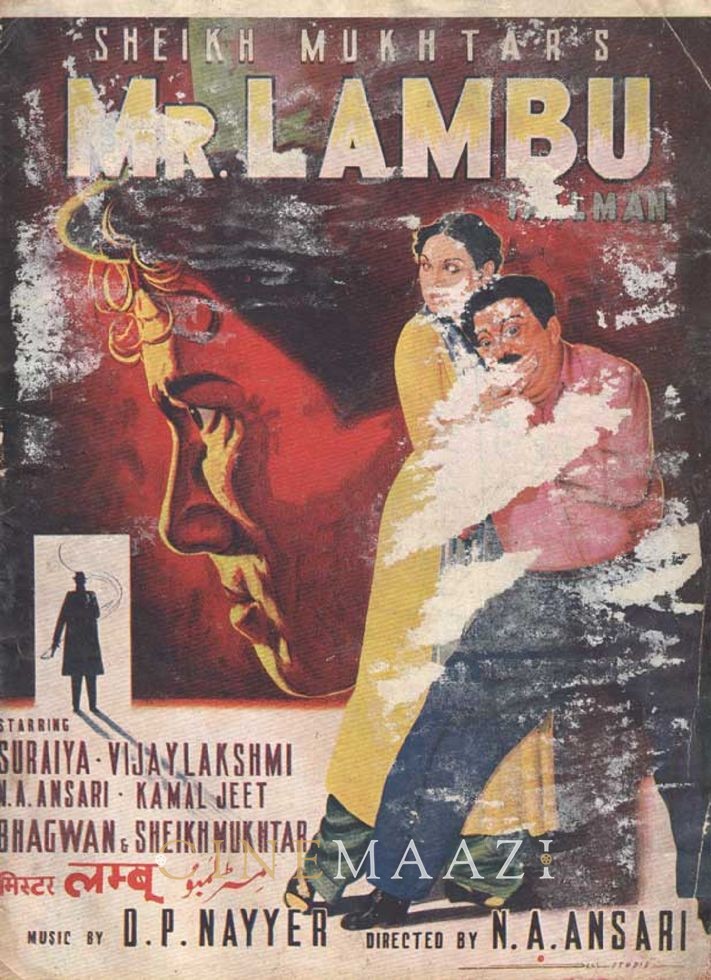