"Crime does not pay" may well be the moral of this story which deals with the rise and fall of a notorious dacoit and killer, Kala Ghoda.

Kala Ghoda is, in reality, none other than Ratan who is a young man, highly rated and respected in society and the Manager of a big factory. He is betrothed to Roopa, the glamorous and lovely daughter of Captain Suresh, a rich timber merchant and life-time friend of Ram, who is under the impression that Ratan is his legal heir.

Really, however, Ratan is not the boy Ram takes him to be. Ram had another wife, Malti, whom he had deserted. When she comes to him with his baby, he even refuses to accept the baby. In sheer desperation and anger, Malti exchanges her baby (Amar) for the baby of Ram' second wife (Ratan) and thus, the identities of the children are known only to Malti.

When Ram dies, Malti enters the household as a maid-servant so as to be near her son. And, of course, she has also with her Ram's second son whom she rears up as her own.

From their very childhood, Ratan and Amar quarrel and do not get on well with each other, with Amar having a feeling that his mother cares more for the master's son than himself. Little does he know that he is not her child but Rattan is!

Ratan grows up into a very bad young man and ill-treats both Malti, whom he considers to be only a maid-servant, and Amar. Ratan also hates the handsome looks of Amar. In order to avoid clashes, Amar puts on long whiskers, spectacles and a cap to look ugly. Everyone believes that Amar is ugly-looking - with one exception; that is, the old family doctor, Dady, who is just a father to Amar.

As a grown-up young man, Ratan begins to indulge in loot, dacoity, kidnapping, etc. under the guise of Kala Ghoda, a notorious killer. No one suspect Kala Ghoda to be the handsome Ratan.

One night Ratan is injured in a scuffle and Malti sends Amar to look for him. Amar brings back the injured Ratan and, in order to save his life, Malti has to donate her own blood.

But, after regaining consciousness, Ratan as only abuse a maid-servant.

When Roopa, Ratan's betrothed, and her brother, Shekhar, are returning from England, the injured Ratan is unable to meet them and so sends Amar to bring them home. At the harbour, Amar takes a deep prejudice to the snobbish attitude of Roopa. In order to teach her a lesson, he throws away his ugly get-up on the way and appears as his true, handsome self. He makes fun of her, teases her and harasses her all the way.

He meets her on several other occasions too as his true self and Roopa's hatred for the strange man changes into love-particularly after an incident in the jungle where she is saved by him from a lion.

Ratan  comes to know about Roopa's love for Amar even though he does not recognise the identity of Amar till he meets him in a hand-to-hand fight. Even though beaten, Ratan is clever enough to imprison Malti and compel Amar to accept Kala Ghoda's crimes as his own. Amar is arrested and Ratan gets ready for his marriage with Roopa.
On the night of the wedding day, Malti is rescued just in time by the kindly doctor. She comes to Captain Suresh's house and exposes Ratan as the real Kala Ghoda.  At the point of a gun, Ratan takes away Roopa and once again everything seems lost. Malti, however, again comes to the rescue; she shoots down her own son and herself dies out of shock. 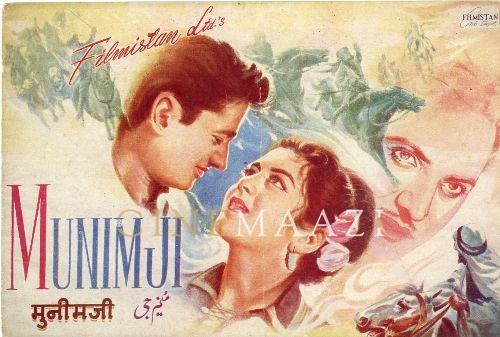 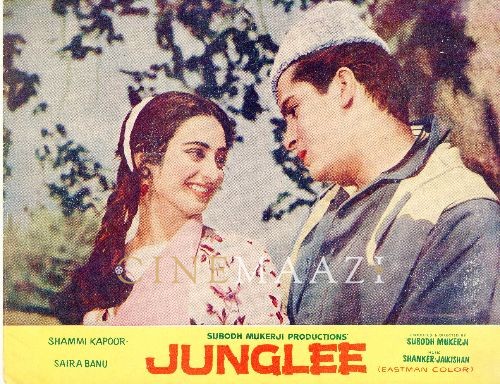 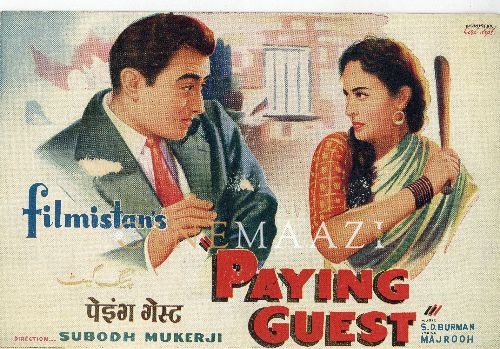 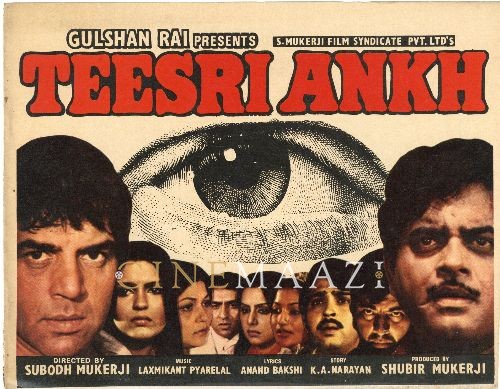