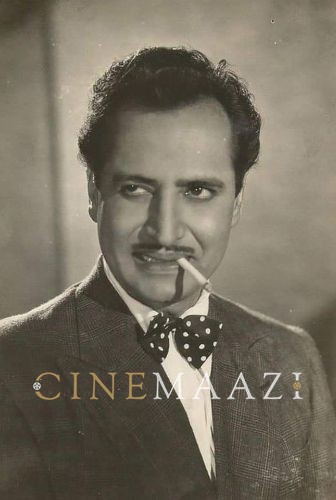 Pran Krishan Sikand, the quintessential ‘bad man’ of Indian cinema, epitomized villainy with his masterly personification of evil on celluloid. Whether a sadistic despot or a malicious village bully or a dissolute city criminal, he portrayed the infinite shades of evil with consummate ease. With his bloodshot eyes, cold voice and trademark sneer, he imparted the necessary spice to the mandatory masala Hindi movies. He succeeded in turning stereotypes into unforgettable characters with different mannerisms, unusual get-up and voice diction. His cross-generational appeal, as either the gentlemanly smart devil or the funnyman with an impish plan, the piercing gaze with crooked intention, the smoking pipe curling up many mischievous moves, the crafty twist of the hat and a guttural throw of words that made evil visceral and relatable. He elevated the role of the villain to cult status and won the sobriquet of ‘Villain of the Millennium’ for his riveting performances in hundreds of celluloid roles.

Pran was born on 12 February 1920, in Ballimaran, Delhi, to an affluent Punjabi family. His father Kewal Krishan Sikand was a government contractor. His mother Rameshwari was a housewife. Pran was not academically inclined and after passing his matriculation from Raza High School, Rampur, he joined A. Das & Co., Delhi as an apprentice photographer. This job took him first to Shimla, where he reprised the role of Sita in the annual Ramlila. Following this, he shifted to Lahore. The rakishly good-looking and smartly dressed Pran was spotted by writer/director Wali Saheb, who recommended him to producer Dalsukh Pancholi for a villain’s role in the Punjabi movie Yamla Jatt (1940). Pran initially scoffed at Wali’s offer. But destiny came knocking and he enacted the role of a gambler and drunkard Kuldip in Yamla Jatt (1940). This film became a mega-hit at the box-office.

Dalsukh Pancholi then cast him as Jasbir in the Punjabi film Chaudhary (1941).  His first Hindi movie was Khazanchi (1941), where he played a cameo. However, his big leap was the role of a romantic hero opposite the beautiful Noor Jehan in Khandaan (1942). The magical success of Khandaan offered him a plethora of opportunities as a leading man. But he shunned the hero’s role as he did not prefer running around trees with heroines. Although his initial films like Sahara (1943), Ragini (1945), Kaise Kahoon (1945), Rehana (1946), Khamosh Nigahen (1946), Paraye Bas Mein (1946), Mohini (1947), Aarsi (1947) and Badnami (1946) were not major films, yet these helped him develop his acting skills. He appeared in 22 films made in Lahore before the Partition applied brakes to his flourishing career. His two films But Taraash (1951) and Khana Badosh (1952) were released in Pakistan after the Partition.

It is difficult to imagine any successful film of that era without the menacing figure of Pran lurking around with his cigarettes, turning a stick around with his hand or his many colorful costumes. He acted as a hero in the hit film Pilpili Saheb (1954). He sported a fierce get-up in Halaku (1956) to portray a convincing tyrant and Iranian emperor. He proved his versatility as the swashbuckling pirate in Sindbad the Sailor (1952) and Daughter of Sindbad (1958). Later in the career, he played important roles in Aurat (1967), Nanha Farishta (1969), Dharma (1973), Ek Kunwari Ek Kunwara (1973) and Jangal Mein Mangal (1972).

Pran walked the tight-rope between a villain and a buffoon in the song Dil ki umange hain jawaan in Munimji (1955). He displayed his versatility in playing different villainous characters like a prince in Madhumati (1958) and a village goon truck-driver in Kashmir Ki Kali (1964). In Jis Desh Men Ganga Behti Hai (1961), he added a subtle touch by repeatedly running his index finger inside his collar, depicting the unconscious fear of the hangman’s noose. Some of his other outstanding performances were domineering cruel brother-in-law in Ram Aur Shyam (1967); a debauched nawab in Mere Mehboob (1963); the evil kohl-eyed uncle Kaido in Heer Raanjha (1970); lecherous but lovable crook Rana in Victoria No 203 (1972), and the stern jailer in Kaalia (1981) among many others. In the cult movie Don (1978), he played the doting father and was as big an icon as the Don himself.

Pran switched up his roles constantly to tug at our heartstrings. Shaheed (1965) was the beginning of a new phase in his career. It was as limping Malang Chacha in Upkar (1967) and the soulful lip-syncing of Kasme vaade pyar wafa that showed his gravitas and intensity. He won the Filmfare Supporting Actor Award for this career-defining role. In Purab Aur Paschim (1970) as Harnam (Pran) enters his daughter’s wedding mandap, his face and drooping shoulders show resignation, defeat, and regret without speaking any words. He had a scene-stealing performance in Dev Anand's 1970 superhit Johny Mera Naam. Pran was and will remain Sher Khan of Zanjeer (1973) especially the verve with which he sang and danced to Yaari hai imaan mera.

In Mumbai, his first Punjabi film was Chhai (1950), in which he played a comedian role along with Sunder. His next Punjabi ventures were Mutiyar (1950) and playing the lead role opposite Geeta Bali in Phumman (1951).  After doing Vasakhi (1951), he disappeared from the Punjabi film arena till 1973 when he played a positive role of a reformist in Nanak Dukhiya Sab Sansar.

Pran was a real director's actor who worked with the doyens of the film industry from Sohrab Modi, Bimal Roy, Mehboob Khan and Raj Kapoor to Manoj Kumar. Prakash Mehra and Manmohan Desai could not imagine a storyline without the ‘Pillar P’. He was regularly cast as a villain in the films with lead actors like Dilip Kumar, Raj Kapoor, Dev Anand, Ashok Kumar, Shammi Kapoor, Joy Mukherjee, Rajendra Kumar, Dharmendra, and Amitabh Bachchan, etc. He commanded more respect and larger paycheques than most heroes.

He finally bade adieu to the villainous roles with Roop Tera Mastana (1972) and post 1990 he made a few guest appearances and largely turned into a recluse. But when Bachchan was going through a bad patch, he stepped in to help him out in his home productions Tere Mere Sapne (1996) and Mrityudata (1997), even though he could not stand for long.

Pran was known as a true connoisseur of Urdu Poetry. As a sports lover and promoter, he even maintained his own football team Bombay Dynamos Football Club. He was also an enthusiastic car collector. Apart from cars, he was an avid collector of smoking pipes and walking sticks having hidden swords. Pran's biography is titled “...And Pran” because in most of his movies, his name in the credits would appear last and read as ‘...and Pran’.

He married Shukla Ahluwalia on 18 April 1945 and had two sons Arvind and Sunil and a daughter Pinky. He produced Lakshman Rekha (1992) to promote his son, Sunil.

Pran, for whom roles used to be specially written, made appearances in about 390 Hindi movies and his last appearance was in Dosh (2007). He also acted in seven Punjabi films, two Telugu, one each Rajsthani, Bengali and Kannada. Pran did some television serials like Baap Se Bada Rupaiya and They Call Me Dangerous.

Pran won three Filmfare Best Supporting Actor awards for Upkar (1967), Aansoo Ban Gaye Phool (1969) and Be-Imaan (1972) and the Filmfare Lifetime Achievement Award in 1997. He was alos awarded three BFJA Awards for Jis Desh Men Ganga Behti Hai, Shaheed and Zanjeer. He was honored with Padma Bhushan in 2001. The prestigious Dadasaheb Phalke Award was conferred on him just two months before he died of pneumonia on 12 July 2013. ‘Pran’ means life, and Pran gave cinema just that with his seamless artistry. 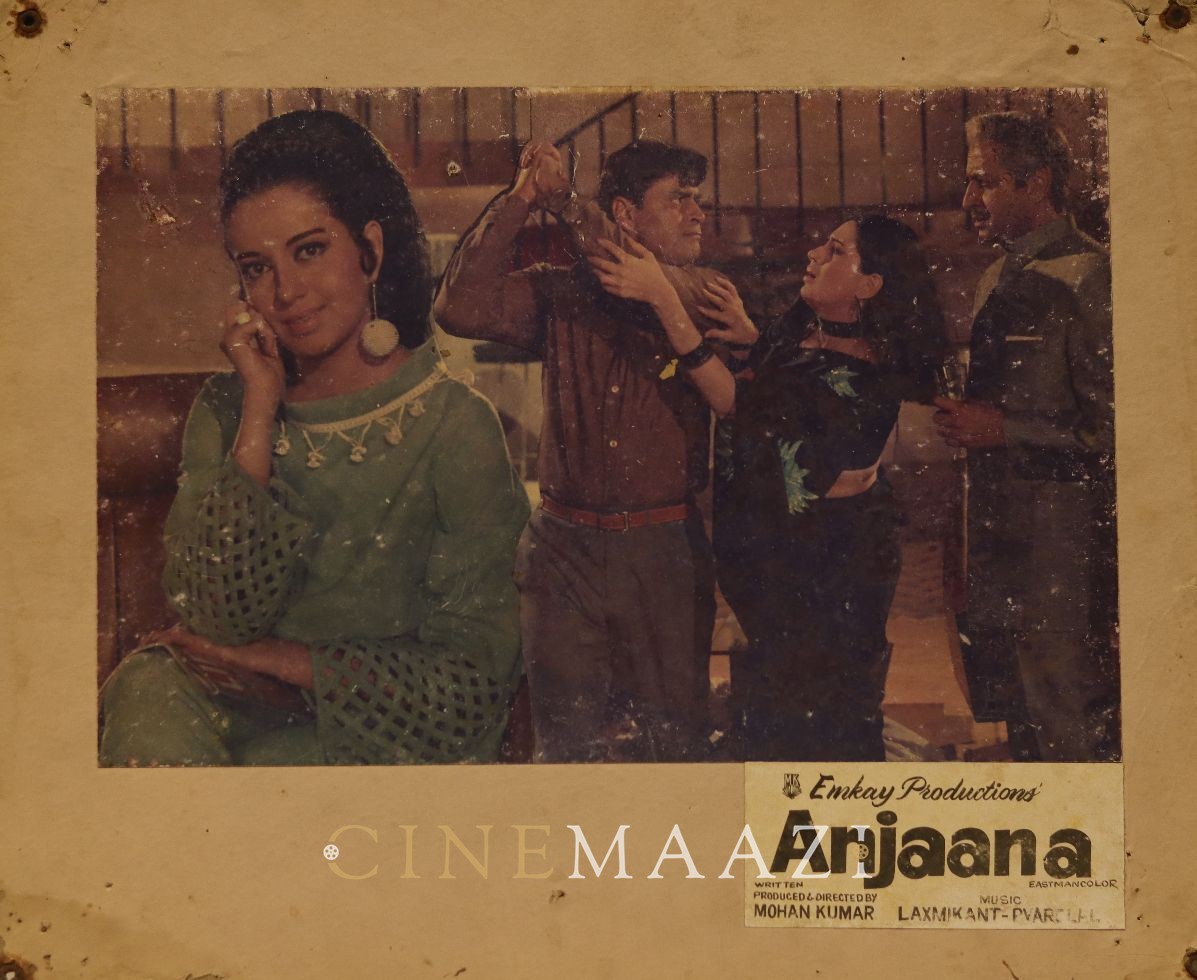 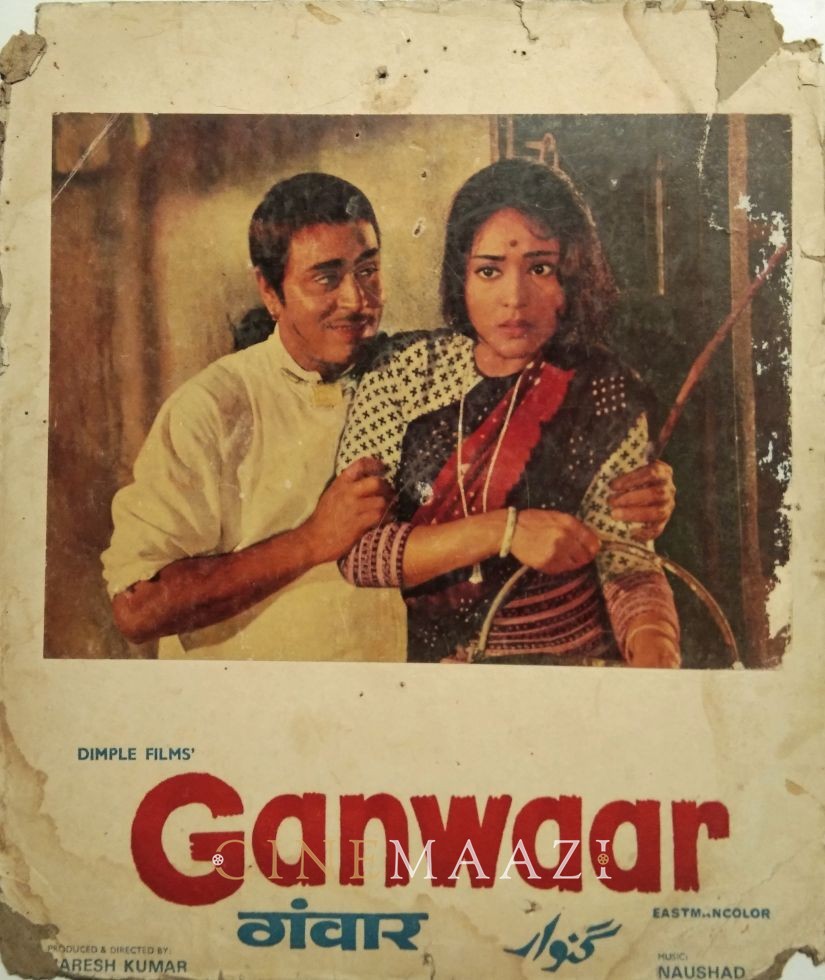 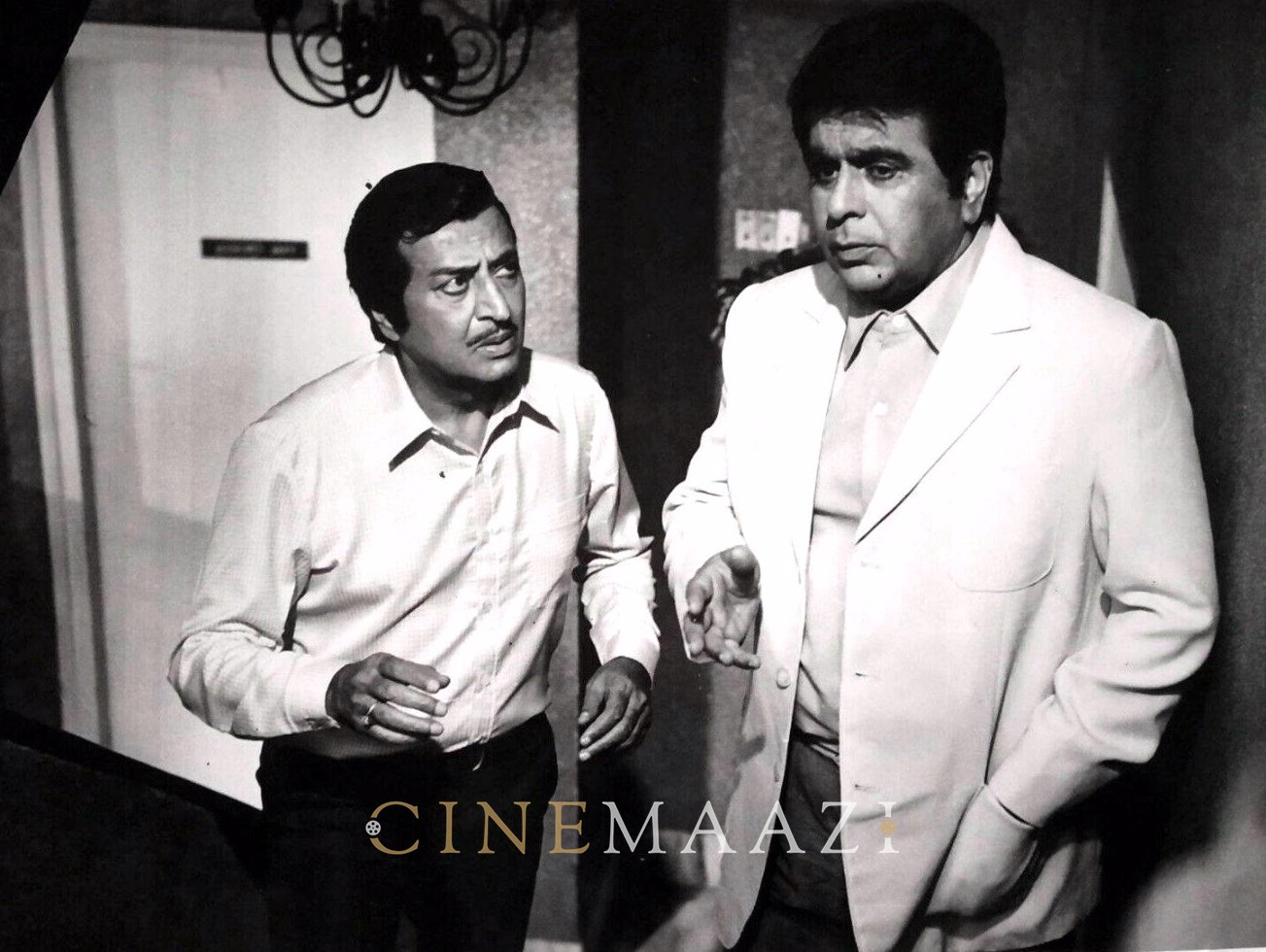 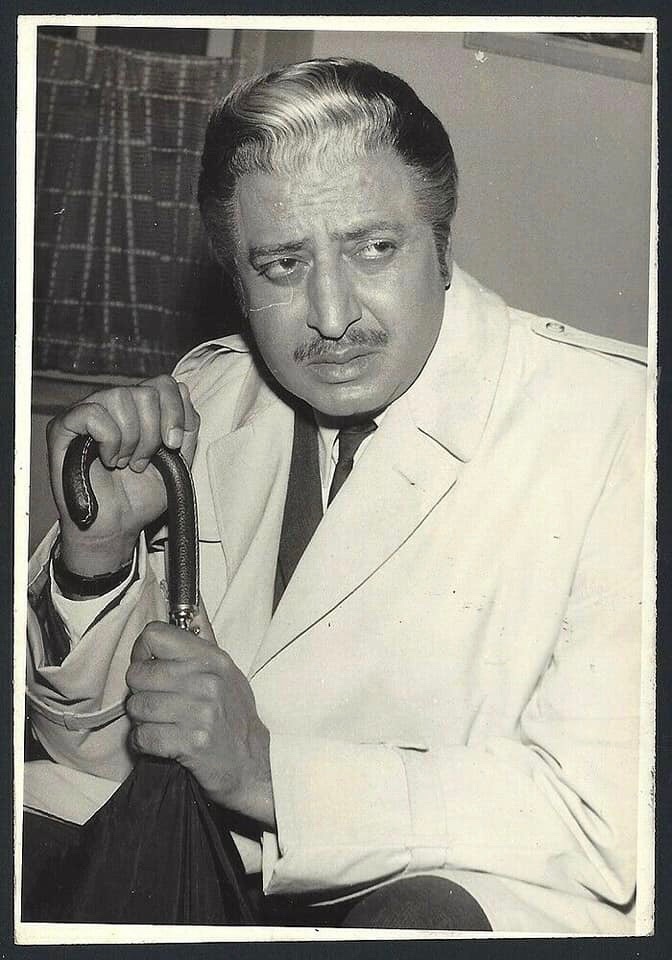 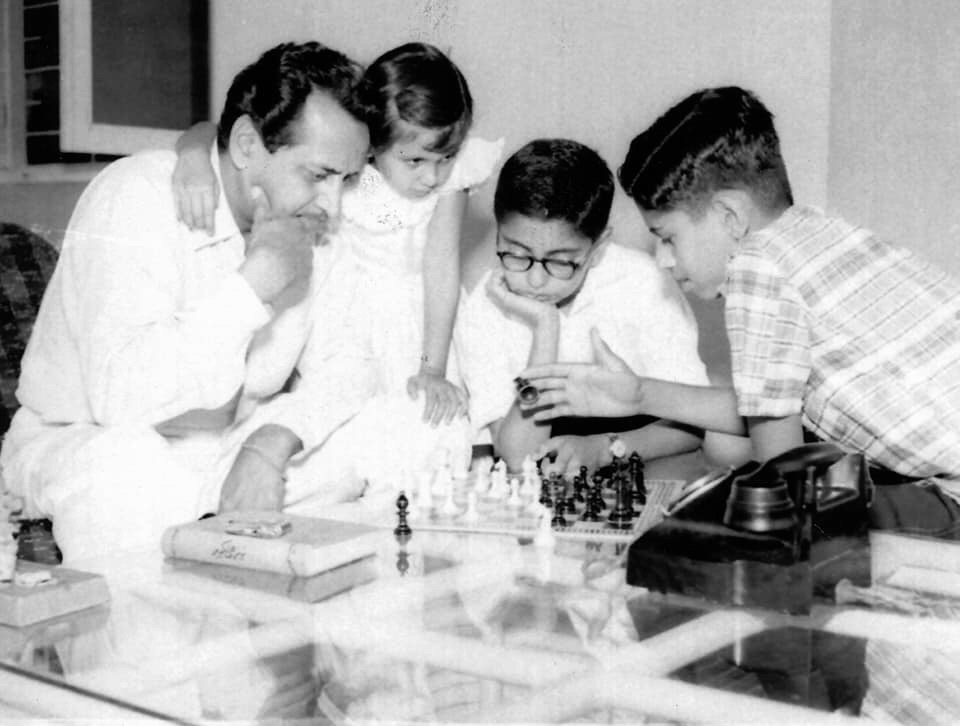 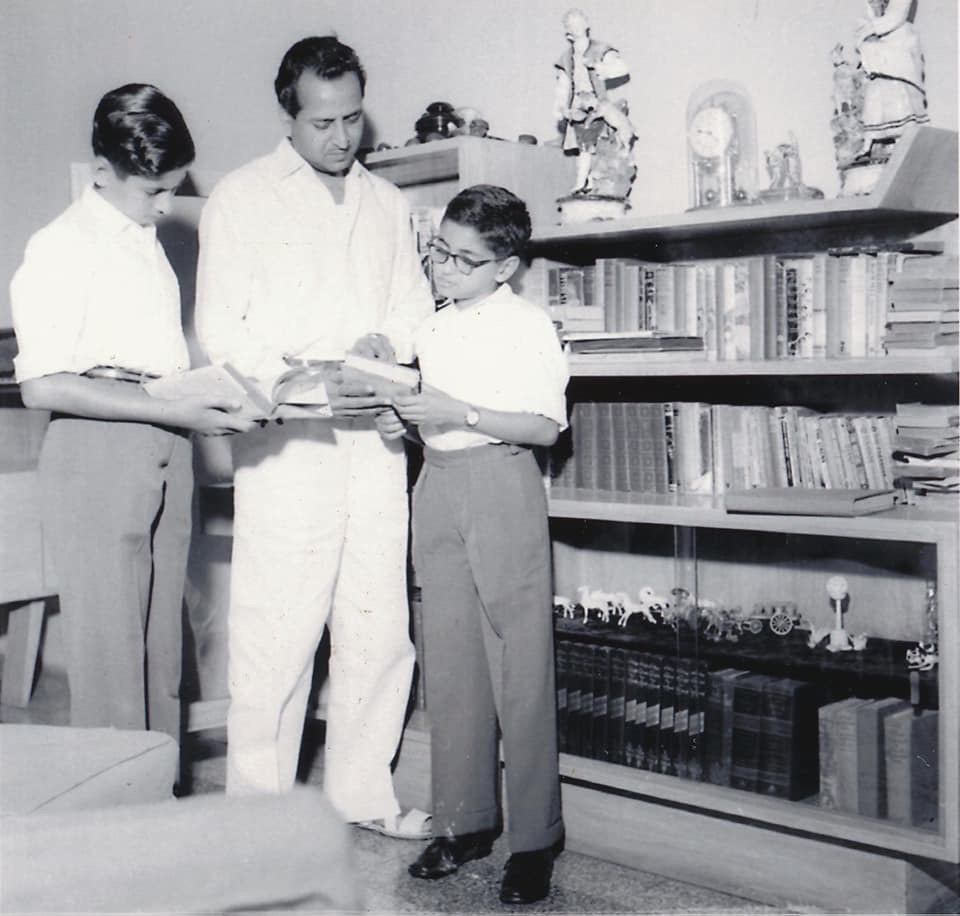 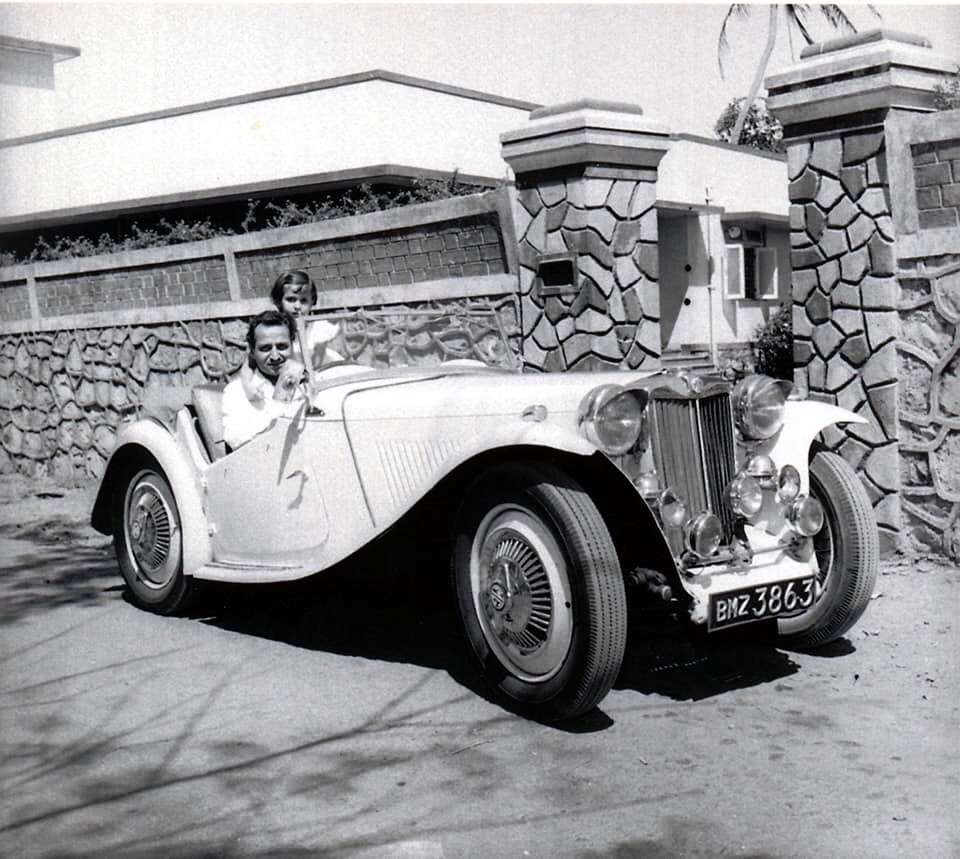 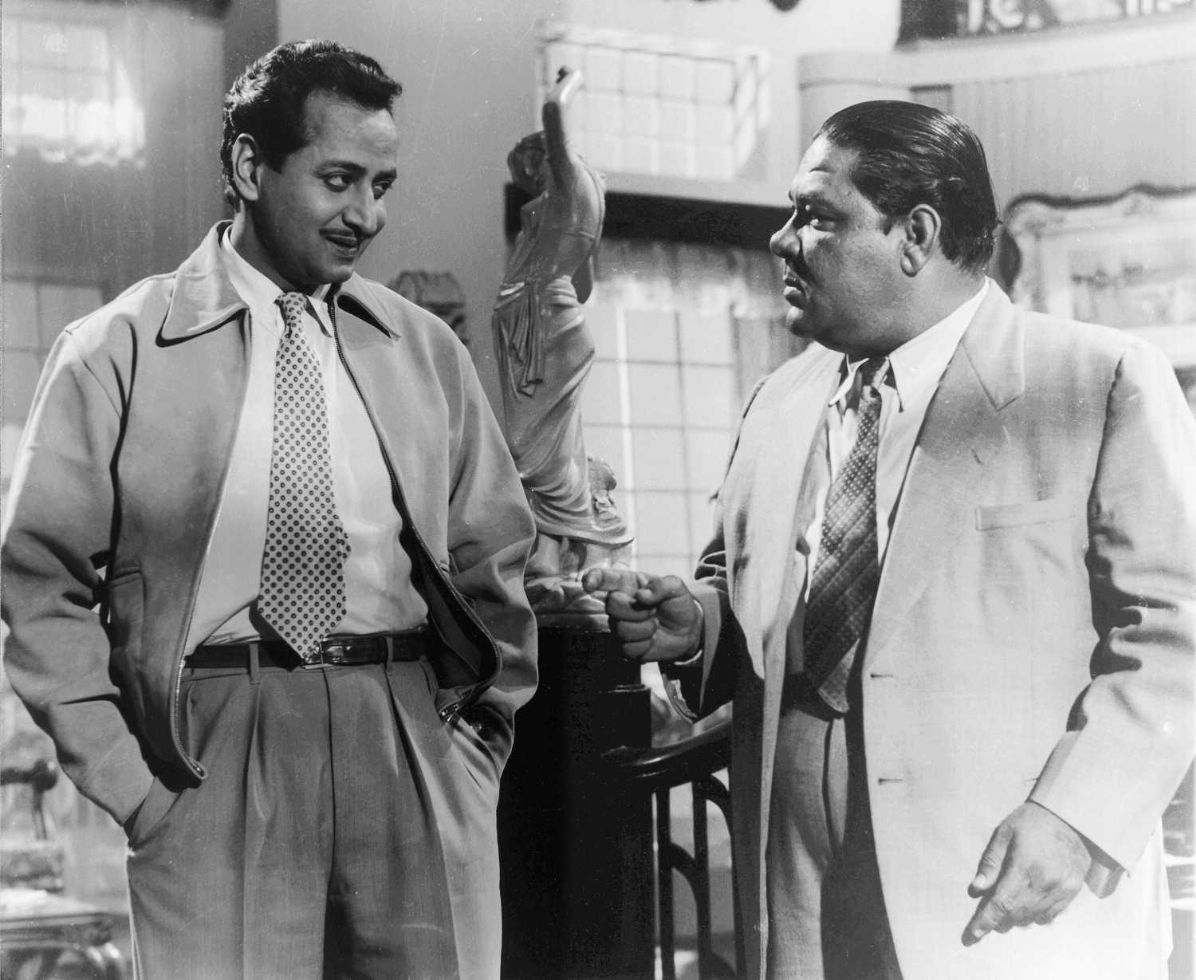 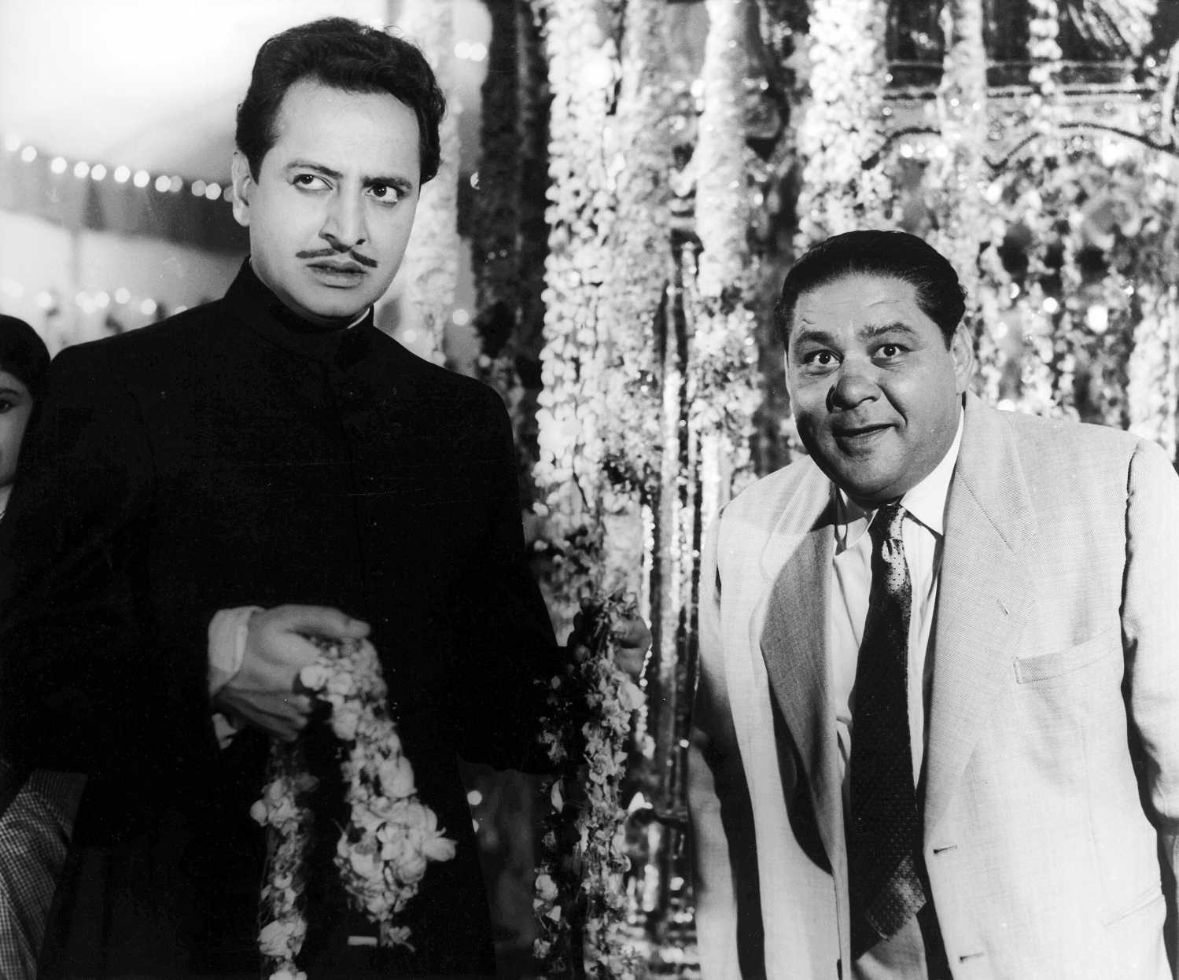 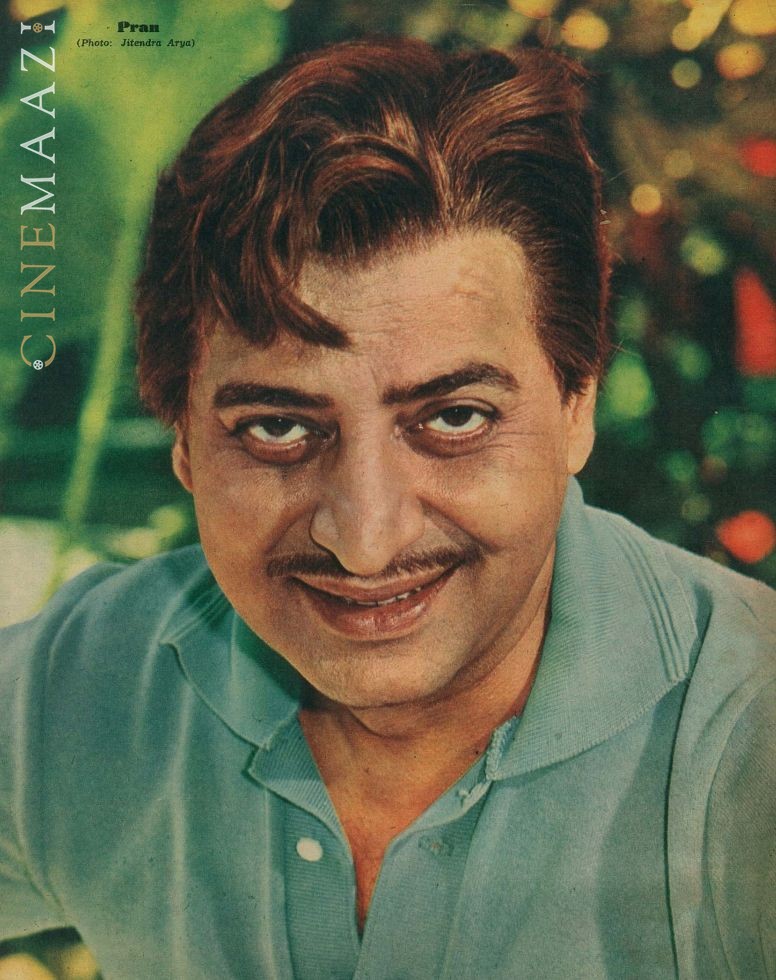 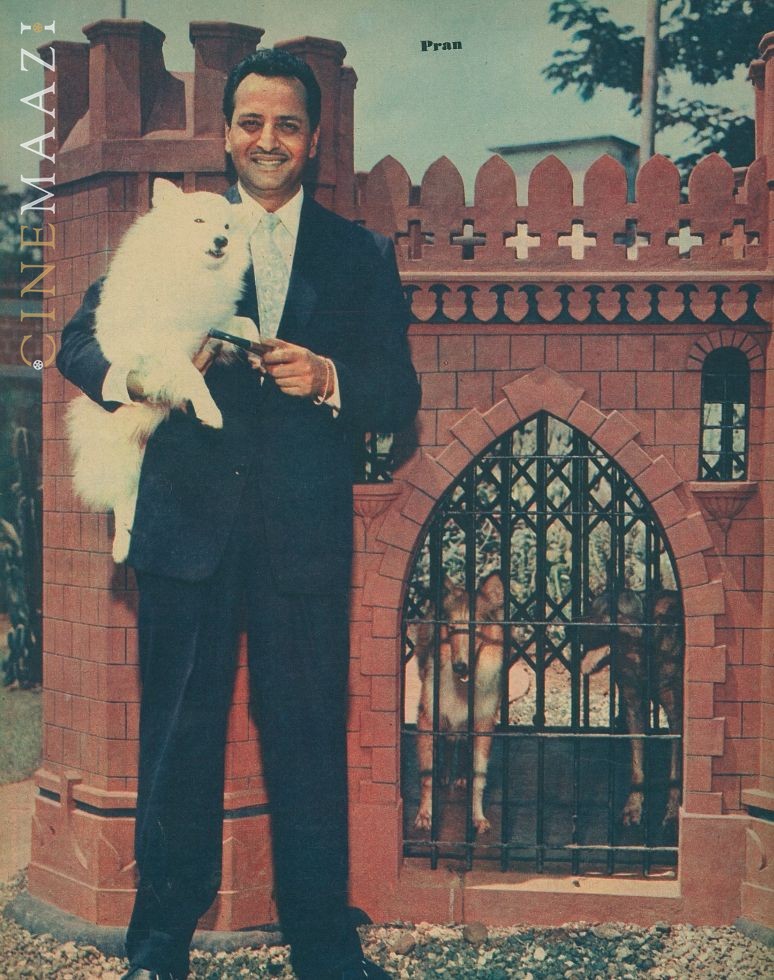 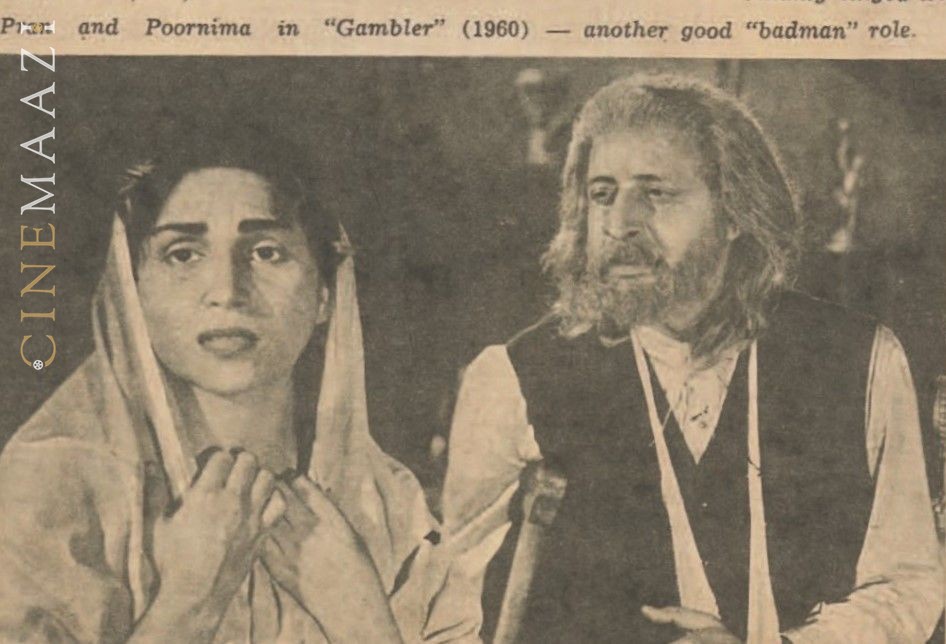 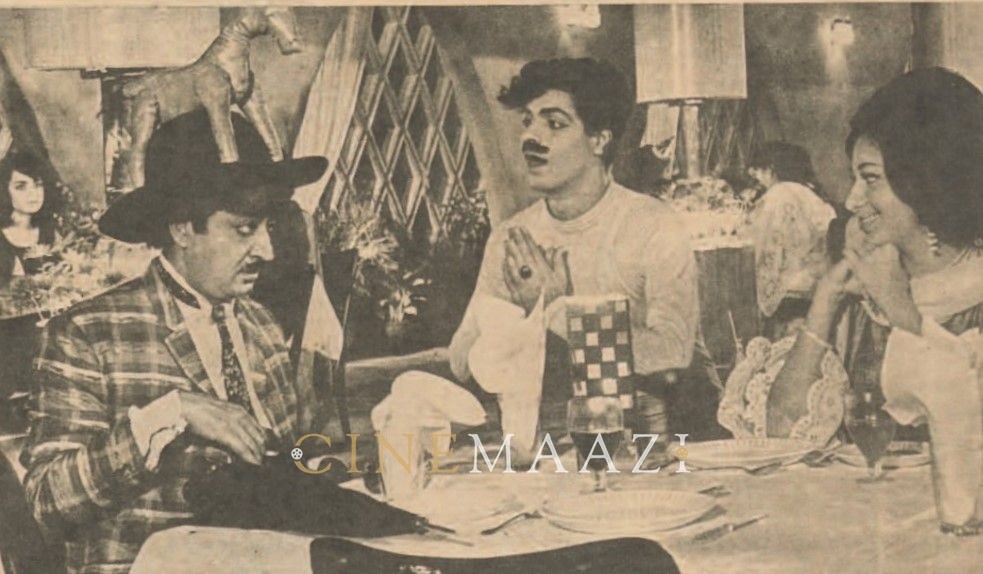 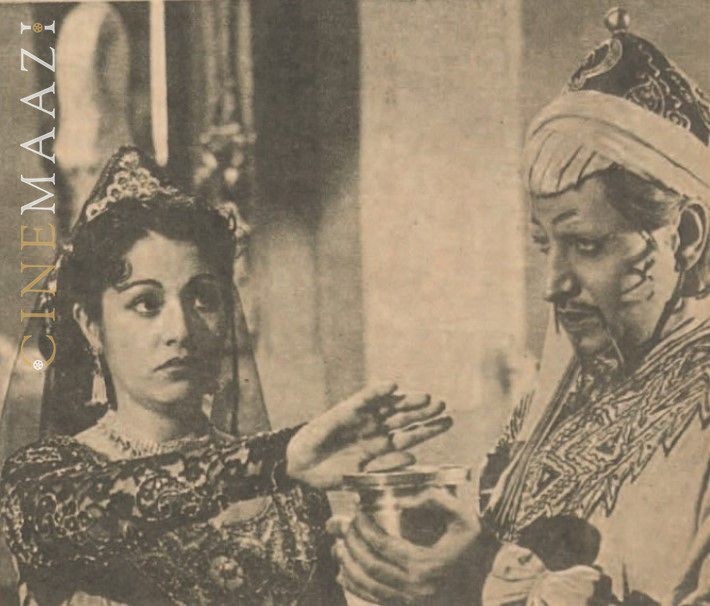