The Maharaja of Roop Nagar being afraid to lose his state, offered in marriage his niece, the Raj Kumari, to the rich and arrogant Rajkumar of Prem Nagar, who agreed to the proposal, on a condition, that he would first see the Rajkumari. On hearing this the Rajkumari was very much offended and angry and announced that she would not marry him, but would prefer any other ordinary man, who has the admiring eye of a 'Painter', or the emotional heart of a 'Poet' or a talented and haunting voice of a 'Ragi'.

This declaration of the Rajkumari caused a terrific misunderstanding amidst all the people of the state as any and everybody thought himself the most eligible for the beautiful Rajkumai.

The Commander-in-Chief Shamsher Jung was given the duty of taking care and responsibility of everything that took place, on the way of the Rajkumar's travel to "Aram Baug" where the Rajkumar of Prem Nagar was to see her. The Caravan started and at the first halt, the worried and sleepless Rajkumari in her tent, heard a voice so enchanting and sweet, that in anxiety and admiration to meet its owner, she went out in search, but failed to find him.

Early next morning Shamsher Jung brought a prisoner before the Rajkumari who was caught the previous night for stealthily moving around the Rajkumari's tent. On hearing the prisoner's voice, she recognised it and was glad to have the Ragi who had sensed her ears with his song she commanded that he should be kept in custody. The Ragi's song had already made the Rajkumari very restless and at seeing him so young and handsome, blooming with happiness, her love for him shot out from her young heart. They were not long in love when Shamsher Jung became aware of it and immediately informed the Maharaja of Roop Nagar. By this time the Rajkumari had made up her mind and planned with Ragi to elope, before reaching 'Aram Baug.' But on the same night at a very critical moment the Maharaja caught the Ragi and ordered that he should be hanged the next morning.

What happened to the Rajkumar?

What happened to the Ragi? 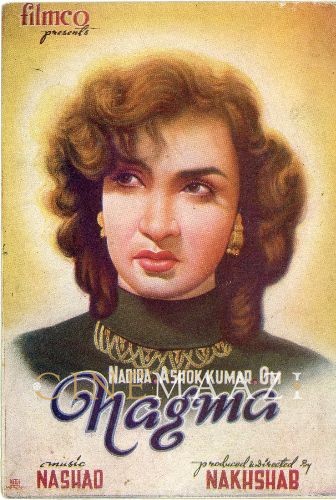