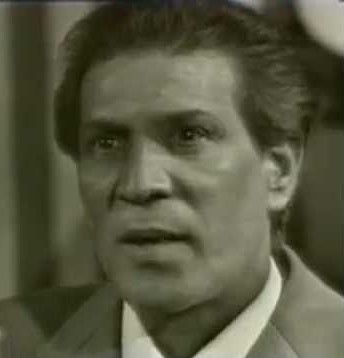 Born in Delhi, British India on 11 July, 1923, he was educated at a local high school, and also learnt to play the flute. Moving to Bombay in the early 1940s, he made his debut as a music composer under the name Shaukat Dehalvi in the action film Dildaar (1947) directed by Shiv Raj with lyrics by C M Muneer. It was followed by Jeene Do (1948) made under the banner of J Hind Chitra, and Payal (1948). The same year he also composed songs for Toote Taare (1948), scoring Mughal Emperor Bahadur Shah Zafar’s famous ghazal Na kisi ki aankh ka noor hoon which became popular across the country. In 1949, he composed music for actor-director Yakub's film Aiye (1949), followed by the music of Dada (1949).

The Ashok Kumar-Nadira starrer Naghma (1953) was the first film he scored for using the pseudonym Nashad—previously he had also used names such as Shaukat Haideri and Shaukat Ali Hashmi. Apparently, he wasn’t the first choice of Naghma’s producer-director, Nakshab Jarchavi. Jarchavi had first approached the much in-demand music composer Naushad. However, the latter declined to compose for the film, as he had three films in hand at the time; namely, Amar (1954), Udan Khotala (1955) and Mother India (1957). Slighted, Jarchavi offered his film to Shaukat instead, also re-naming him Nashad, a name that’s peculiarly close to Naushad—it was evidently Jarchavi’s way of getting back at Naushad. The film’s music was fairly successful and the name Nashad stuck. Unfortunately, while Nashad’s assumed name may have helped him garner more attention, it also led to people attributing his popular songs to his more famous peer.

Nashad’s music for the 1955 film Bara Dari is considered his most accomplished work, and is the album that he is best remembered for. He composed the playful, foot-tapping duet by Rafi and Lata Bhula nahi dena ji, which was filmed on Ajit, who was still playing lead roles, and on the perky Geeta Bali. For the same film, he also composed the melodious ghazal Tasveer banaata hoon, rendered by Talat Mahmood. The elaborate arrangement employed by Nashad in this song gave the music a fuller and richer sound.

Married to an Indian Muslim woman, Nashad had eight sons and seven daughters. Some of his children also followed his footsteps in the field of music. His oldest son, the late Wajid Ali Nashad, was a music composer in Pakistan, while his son Shahid Ali Nashad is a composer, Akbar Ali Nashad is also a composer and arranger, Imran Ali Nashad is a singer, and Ameer Ali is a film playback singer.