‘Nadira has been a woman so much ahead of her time — in fact, she was a woman for all time — beautiful, bold, truthful,’ thus had actor Tom Alter described the feisty Nadira. Best remembered for her portrayal of the femme fatale during the 1950s and 1060s, she enthralled generations of cinema audiences, even as she irreverently thumbed her nose at the social diktats of the day. Making the most of her chiselled features, and arched eyebrows, she featured in more than 60 Hindi films, establishing a strong presence as the alluring vamp with sultry looks and risqué behaviour, down to her stylish cigarette-holder. Her flair for defying socially acceptable behaviour for women onscreen, however, led to her being typecast as the eternal vamp, though during the latter part of her career, she emerged with memorable character roles as well. One of the busiest and well-paid actresses of her time, she was also one of the first Indian actresses to own a Rolls-Royce. An actor of calibre, known for her wit and intellect, she was also well-read and outspoken. Eventually, she turned reclusive, living out her final years plagued by loneliness and ill-health.

Born Florence Ezekiel into a Jewish family in Baghdad in 1931, she migrated as an infant with her family to Bombay, which was then a modern metropolis and busy commercial hub. She made her Hindi film debut with a small role in Mauj (1943). She was 12 at the time. Nine years later, she arrived, so to speak, playing the haughty princess Rajshree opposite the reigning heart-throb of the times, Dilip Kumar in Mehboob Khan’s Aan (1952). Planning India’s first grand feature film in Technicolor, Khan had cast Dilip Kumar, Premnath and Nimmi in this romantic actioner. However, despite Nargis and Madhubala being in consideration for the role, eventually, Khan cast the young Jewish girl, introducing her to Hindi cinema as Nadira. Based on The Taming of the Shrew, the film was a huge success. Nadira literally became a star overnight, winning praise from Indian audiences and even from Hollywood greats like Cecil B. DeMille.

Her strength as a vamp shone forth in Shree 420 (1955), playing Maya who lures the righteous hero off the right path. Raj Kapoor had offered her the role of the temptress and she accepted the challenge, dressed dangerously, smoking seductively et al. The song Mud mud ke na dekh symbolised her allure as an enchantress. However, the sweeping success of the film and her performance in particular was a double-edged sword in that she became typecast by the industry and could never play the pure-as-driven-snow heroine again. Utterly convincing as Maya, she could never be seen again as the virtuous woman. Viewed onscreen as the ‘foreign element’ in newly Independent India, Nadira thus came to epitomise moral decline as the archetypal siren. Uncaring of others’ views about her career management, she conducted her career on her own terms, minus a secretary, and making her own choices. She went on to play largely Western characters, essaying either the temptress, brothel-keeper or schemer, in stark contrast to the chaste image of the typical heroine of the day. Interestingly, even in such roles, she would manage to garner empathy from her audiences. Some of her most notable films include Sipahsalar (1956), Dil Apna Aur Preet Parayee (1960), Ek Nazar (1972), Amar Akbar Anthony (1977) and Pakeezah (1971), besides multiple B-grade films.

Nadira won praise for her role in Julie (1975), playing the lead character’s mother, Maggie. She brought sensitivity and poise, essaying a poor Anglo-Indian housewife trying to keep her family together in the face of challenging odds. Her performance won her the Filmfare Best Supporting Actress award. Even as her career hit a slump, the following decades, namely the 1980s and 1990s, saw her entering a new phase of her career as a supporting actress, playing elderly characters. She also explored television with Gulzar’s Kirdaar, in which she played the Indian version of Sunset Boulevard’s Norma Desmond. She also played character roles in tele-serials, amongst which Thoda Sa Aasman has been rated as one of the best television performances ever.

Nadira had married twice – both times the marriages didn’t work. After Aan she had wed film lyricist Nakshab Jarchavi. He had made her break her contract with Mehboob Khan, using her earnings to make films like Nagma (1953) and Raftar (1955). Unable to carry on, Nadira walked out of the marriage leaving behind all her possessions to reside in a rented suite at Marine Drive. Her second marriage to an Arabian person was short-lived. With her brothers having migrated to the United States of America and Israel respectively, she lived alone in her South Bombay flat, craving companionship. With success and popularity becoming a thing of the past, hers was a lonely life, even though she did maintain a close bond with her friends, and was known to be affectionate with her neighbours, and with children in particular, lending them books from her vast collection.

She appeared but occasionally in films, such as Tamanna (1997), and Josh (2000), the latter being her last film. With the passing years, her lively and gregarious personality was overshadowed by reclusiveness, even as her finances dwindled. Nadira passed away on 9 February, 2006 at the age of 73, following a prolonged illness. 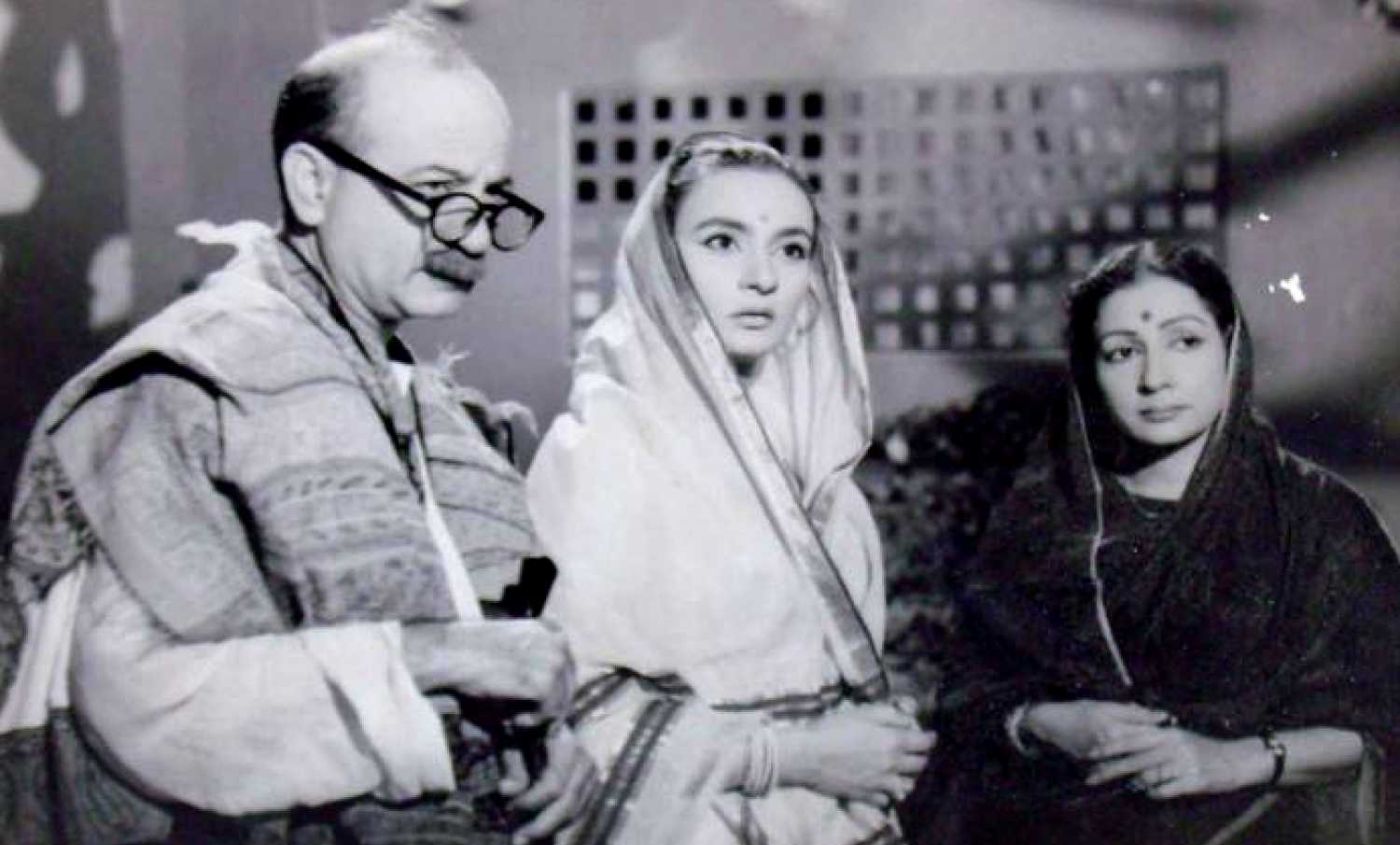 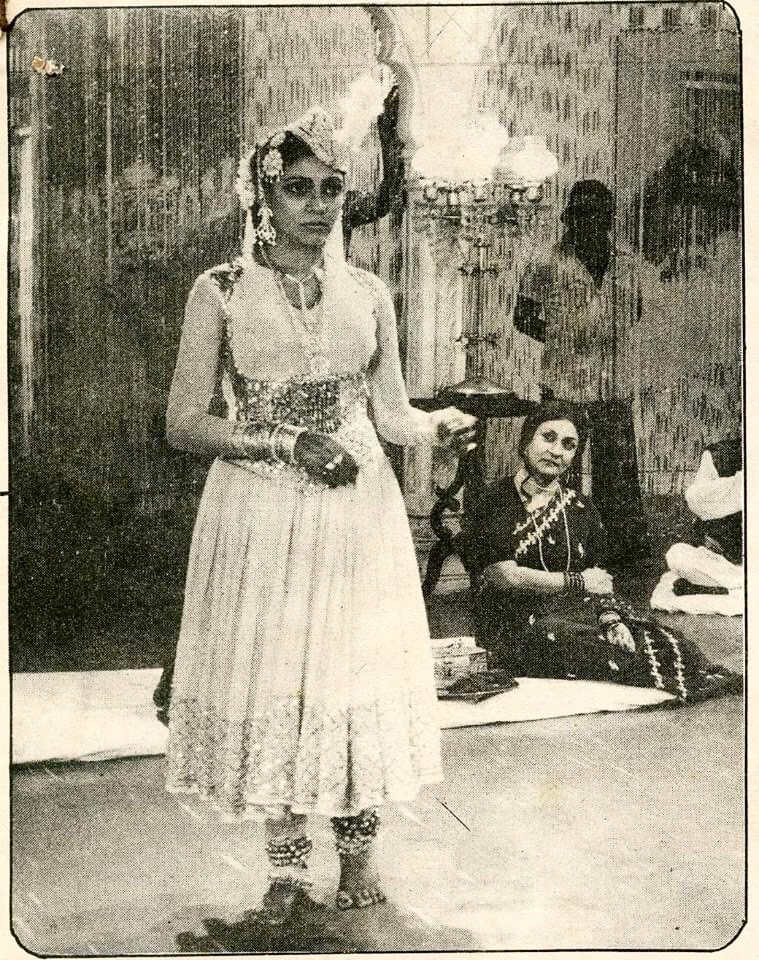