Justice Ravi Khanna (Jeetendra) and his lawyer (Jaya Prada) are a happy couple, who share their blissful life with the former's brother Sumeet (Sumeet Saigal). Summet is a happy-to-lucky lad, who stumbles head-over-heels in love with a bouncing beauty Anju (Shilpa Shirodkar), the daughter of a wealthy trustee Diwan Pratap Singh (Anupam Kher).

Sumeet and Anju are in the same college and class, and together, they nurse a dream of eternal love.

Amidst the studious, the college also has a gang of spoilt brats, headed by Prem (Ankush Mohit), Logrez (Anil Sood), Pancham (Tony Sharma) and two girls. The gang indulges in blackmail of vulnerable girls, but gets away due to Prem's father Malhotra's (Paresh Rawal) influence in the right places. Prem casts his evil eyes on Anju, abut he is forced to publicly apologise for his overtures. He spews venom and conspires to avenge the humiliation.

The satans satiate their lust for Anju during a college camp in a remote jungle. Anju's corpse is found in a semi-nude form by the students, but the forest officials dismiss it as a heinous attack by wild animals. His dreams shattered, Sumeet withdraws into a shell of sadness.

A few days later a newspaper report rocks the campus. Prem is dead ! Was t an accident? The next day, the two girls of the brat gang are exterminated, each in the most grotesque style. The killer leaves no trail of evidence. The law enforcing force is baffled. Police Chief (Sudhir Dalvi) commissions ace sleuth Inspector Khan (Mangal Dhillon) to investigate. The ripper strikes again..... Pancham dies of Cyanide poison ! Was it suicide? Even as the investigation intensifies, Logrez is fatally stabbed !

Inspector Khan throws a bait for the ripper.... and finally intercepts him. The case comes before Justice Ravi Khanna, and thus begins one of the most intriguing trials.

Watch the mind-splitting drama in. 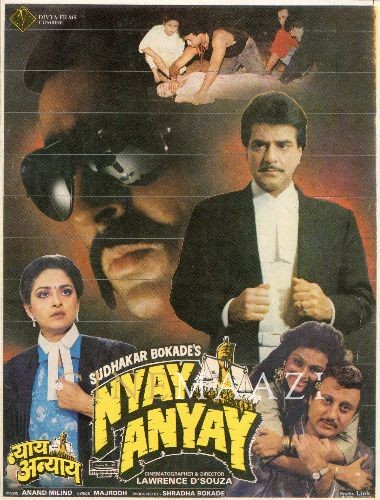