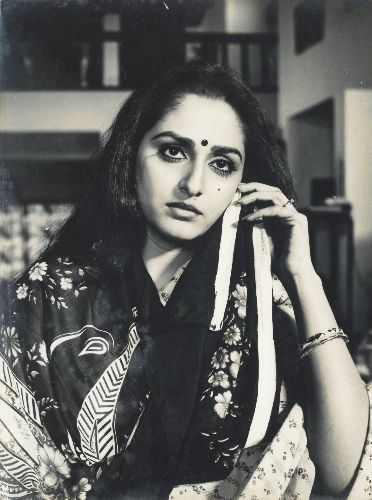 Born Lalitha Rani on 3 April, 1962 in Rajahmundry, Andhra Pradesh, to a Telugu film financier father Krishna Rao and homemaker mother Neelaveni, she attended a Telugu medium school in Rajahmundry and also attended dance and music classes from an early age. She was just a teenager dancing onstage at her school annual day function when she was offered a dance number by a film director who was in the audience. Her dance number in the Telugu film Bhoomi Kosam (1974) brought her immediate attention from leading lights of the Telugu film industry, and the offers poured in. Thus, only at the age of 14 she had achieved stardom, with major hits to her credit. The films showcased her admirable range as a performer. Her flair for drama was exhibited in K Balachander's Anthuleni Katha (1976), while her superb dancing skills were there to see in K Viswanath's Siri Siri Muvva (1976). Her title role as Sita in Seetha Kalyanam (1976) won her applause, while her star status was secured with the 1977 blockbuster Adavi Ramudu. She was not just being cast but also repeated by the leading filmmakers of the day.

Jaya Prada made her debut in Kannada films with filmmaker Vijay’s Sanaadi Appanna (1977). Cast alongside matinee idol Rajkumar, the film went on to become a super hit. The film also has the distinction of featuring a shehnai rendition by Ustad Bismillah Khan. Jaya Prada went on to be cast again opposite Rajkumar in films such as Huliya Haalina Mevu (1979), Kaviratna Kalidasa (1983) and Shabdavedhi (2000). She also made waves playing a terminally ill patient in the Tamil language K Balachander film Ninaithale Inikkum (1979) opposite Kamal Haasan and Rajinikanth.

Even as she continued to act in Telugu films opposite leading actors such NTR, ANR, Krishna, Krishnam Raju and Sobhan Babu through the 70s and 80s, she stepped into Hindi cinema with the Hindi remake of Siri Siri Muvva, titled Sargam (1979). Cast opposite Rishi Kapoor, the film was a huge success and established her as a star in Hindi films. She also garnered her first Filmfare Best Actress nomination. However, her lack of fluency with Hindi proved to be a hindrance.

Jaya Prada’s career continued to soar through the 80s. Among the key films she starred in, in this decade are the Tamil film 47 Natkal and its Telugu counterpart 47 Rojulu  (both 1981) co-starring Chiranjeevi, Saagara Sangamam co-starring Kamal Hassan. Relaunched by K Vishwanath in Hindi films, she acquired more ease with the Hindi language post lessons, and delivered her dialogues fluently in Kaamchor (1982), also bagging two more Filmfare Best Actress nominations for Prakash Mehra's Sharaabi (1984) and for her double role in K Vishwanath's Sanjog (1985). In Hindi cinema, she paired successfully with Amitabh Bachchan and Jeetendra, and also acted alongside Sridevi in several films, such as Tohfa (1984) which was the Hindi remake of their Telugu film Devatha(1982).

The 90s saw Jaya Prada starring in Hindi films as well as Kannada films. Post-1994 onwards, she took the plunge into politics. While films were put on the backburner, some of the notable films she went on to feature in include Devadoothan (2000) starring Mohanlal, the Dr Rajkumar-starrer Shabdavedi (2000), the Marathi film Aadhaar (2002), and Malayalam films Ee Snehatheerathu (2004) and Pranayam (2011). While her role in the latter won her critical acclaim and awards, she essayed the brave Kittur Chennamma in the Kannada film Krantiveera Sangolli Rayanna (2012), which was a huge hit.
Jaya Prada is also the owner of the Jaya Prada Theatre in Chennai.

Foraying into television, she debuted with the talk show Jayapradam, wherein she interviewed many celebrated actors and technicians. She also acted in her first daily soap Perfect Pati.

Her career in politics saw her joining the Telugu Desam Party (TDP) in 1994 on the invitation of its founder N T Rama Rao. She was later was nominated to the Rajya Sabha representing Andhra Pradesh in 1996. She also held the post of Telugu Mahila President. Joining the Samajwadi Party, she won from the Rampur parliamentary constituency in UP in 2004 and 2009. She became part of Amar Singh’s political party Rashtriya Lok Manch in 2011, followed by the Rashtriya Lok Dal, and the Bharatiya Janata Party in 2019.

On the personal front, she married producer Srikanth Nahata in 1989. She adopted her sister’s son Siddharth and raised him as her own. 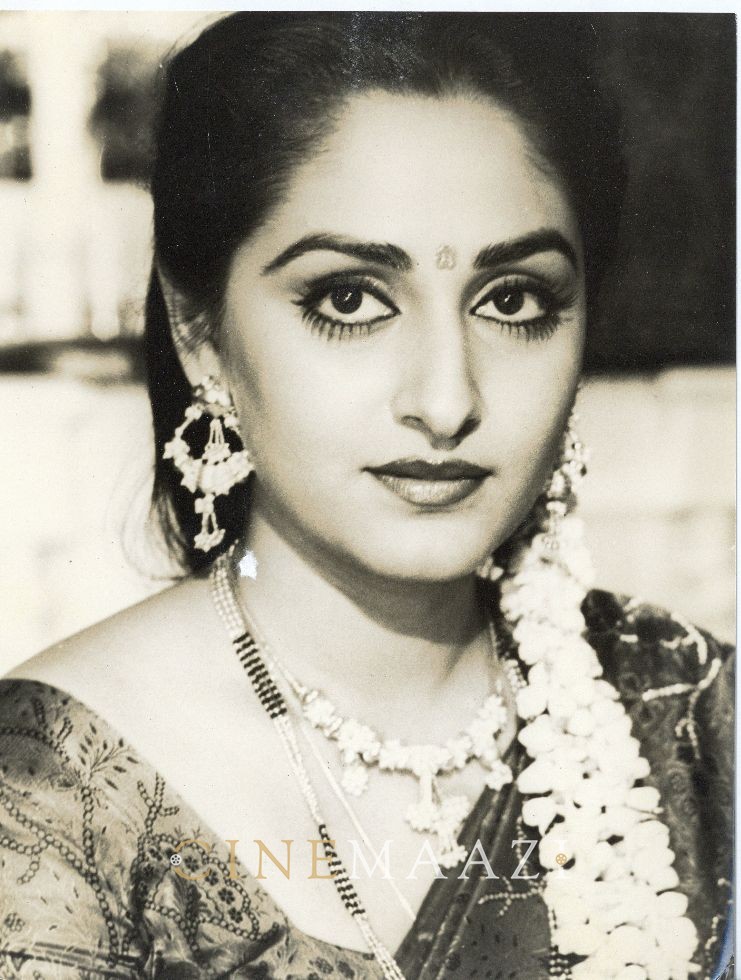 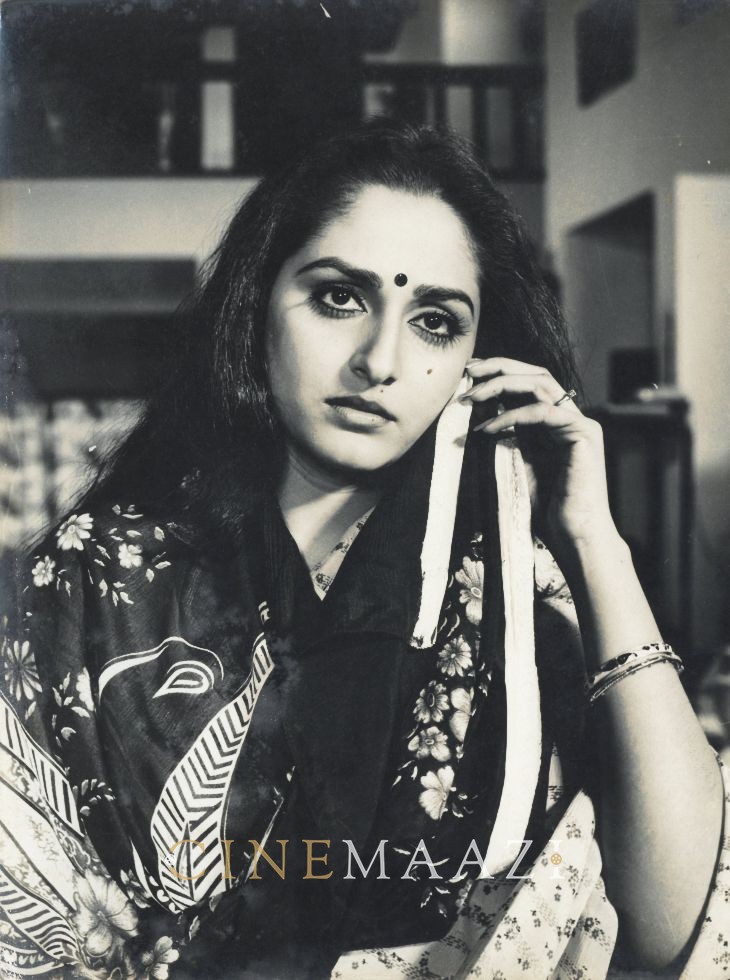 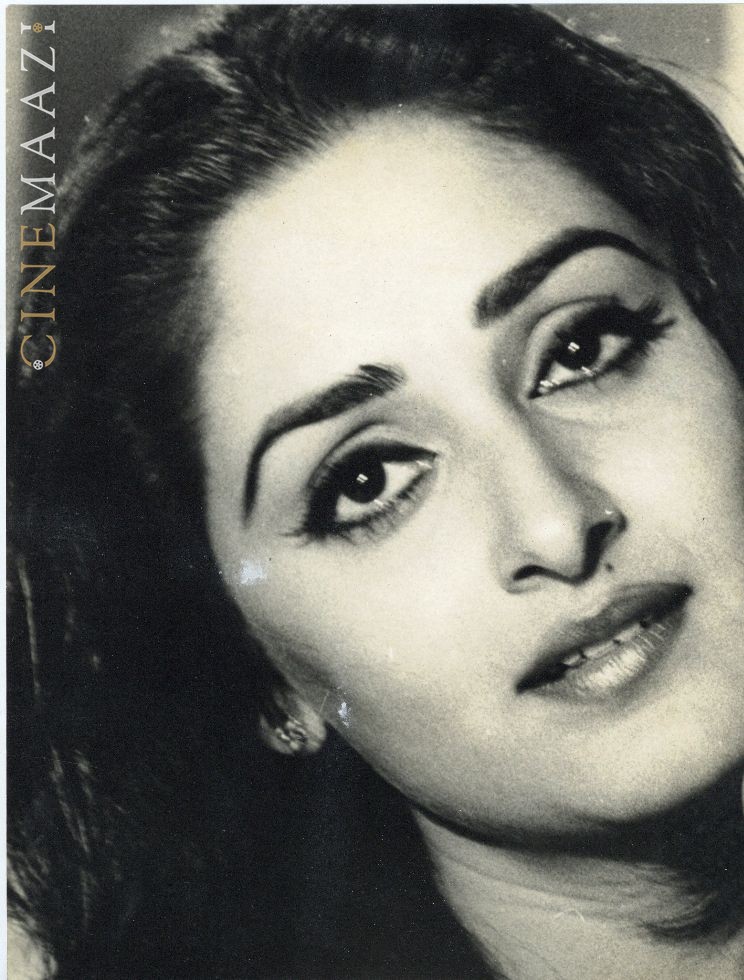