Kalpana (Jayalalitha) returns to her native town Madurai after studying abroad in London for the village festival. At the insistence of her father Chokkalingam (V.K. Ramasamy), she visits her cousin Mookkaiyan's (Sivaji Ganesan) village Chozhavandhan with her father and mother Bhama (Sukumari). Kalpana likes the village and the respect Mookkaiyan commands in the village as a farmer, chieftain, his courage and spends a good time with him. Though Mookkaiyan has the right to marry her (being her suitor culturally), he does not propose, awaiting Chokkalingam, his uncle to make the first move. However, Bhama is against any such plan and after the festival, they return to Madurai.

Bhama decides to get Kalpana married to a rich man, who is an alcoholic. Chokkalingam is not happy with the arrangement and requests Mookkaiyan to rescue Kalpana. Mookkaiyan creates ruckus at the marriage and takes Kalpana forcibly away from the wedding venue. Before Bhama and her people could reach, Mookkaiyan and Kalpana reach the village and in the presence of villagers, Mookkaiyan marries Kalpana, who also agrees for the marriage based on her good impression about him.

Post marriage, Mookkaiyan realizes that they are culturally poles apart and do not get along well. Kalpana does not behave like a traditional wife and instead continues the lifestyle she is used to while living abroad, which disturbs Mookkaiyan. Kalpana's western outlook doesn't go well with the villagers and they talk about Mookkaiyan's fate. Though he tries to educate and reform her, she does not agree and continues to live in her own way. Mookkaiyan makes all the changes in the house and living she demands and requests her to behave like a good wife, but she does not change. Kalpana hosts a birthday party in the absence of Mookkaiyan in which her friends from town attend, drink and dance, sending shock waves in the village. Mookkaiyan reaches home soon and gets shocked. He punishes all her friends and finally whips Kalpana for misbehaving in this manner. Kalpana gets angry and returns to her parents' house the next day. Bhama, who does not like Mookkaiyan, encourages her behavior while Chokkalingam scolds Kalpana for coming out of Mookkaiyan's house. To teach Kalpana a lesson, Mookkaiyan reaches Madurai, becomes a hippy, and adapts western culture to impress and reform her under the pseudo name Mukesh. However, she does not yield. Bhama forces Kalpana to apply for divorce but Mookkaiyan does not agree and he also ensures that no lawyer fights the case by threatening them.

A few weeks later, Kalpana realizes that she is pregnant. Mookkaiyan expects that she will now reform and join him. However, she continues to be with Bhama. When she delivers a baby, Bhama takes the baby away and admits him into an orphanage, which is patronized by Mookkaiyan. The care-taker, who understands that the baby belongs to Kalpana when Bhama comes to drop the child, informs Mookkaiyan and he takes the baby with him. When Kalpana gains consciousness, she realizes that her child has been taken away by her mother and scolds her for this behavior. Kalpana searches for the child and finally understands that it has reached the right person, Mookkaiyan. She reaches the village and looks for her child. She also learns that Mookkaiyan is getting married to his cousin Rakkamma. She also realizes how her life would be without Mookkaiyan and the importance of following the traditions of a family, she also apologizes to Mookkaiyan for her mistakes and seeks his forgiveness. Mookkaiyan forgives her and then clarifies that the marriage is certainly taking place between his namesake and Rakkamma. Mookkaiyan and Kalpana unite with their child. Bhama, who has been ill-treating her husband for long, is given a thrashing by Chokkalingam, and she reforms and reaches the village with her husband. Everyone wishes Mookkaiyan and Kalpana to live happily and bless the young, new couple getting married, belonging to Mookkaiyan's family. 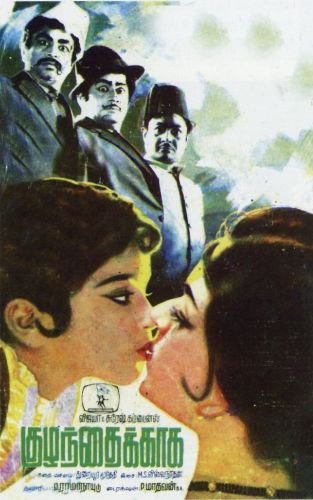 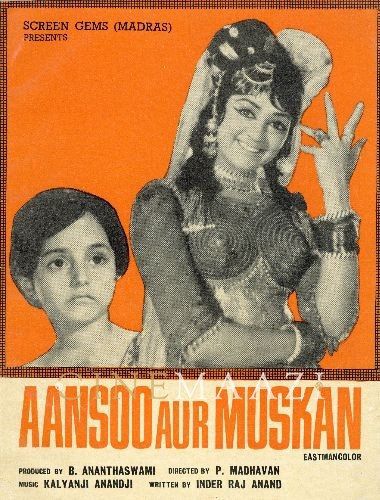 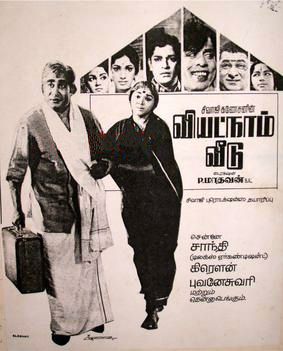