Is human love the frustration of life or its fulfilment? Is the goal of love personal satisfaction or an eternal longing, which though it never satisfies, yet creates an occasional but never recurring ecstasy, the very dissatisfaction of which is its own recompense?
To the Mahant of Vilaspur, Radha was a gift from his beloved God. He had picked her up, a tiny waif left lying on the temple steps, and had reared her to be what he longed for and lived for, but could not be – the medium of divine love. He had tried to bring her up with an all absorbing love for God and express it through devotional dancing. He had achieved his purpose and at sixteen, Radha was dancing before her God in ecstasy of Divine love, unconscious of any feeling but the love of God, and the natural affection she felt for the Mahant, who loved her with a love greater that any father’s. And then fate in the form of Gopal intervened.
The temple had been endowed by the ancestors of Jagirdar Jwalanath, and the Jagirdar was the sole trustee of the institution with the right of private worship for his family. The Jagirdar’s daughter Shakuntala and his daughter-in-law Rama who daily came to worship in the temple, were fond of Radha.
Gopal was the son of Janardan, a close friend of the Jagirdar’s. Great friendship prevailed between the families of the Jagirdar and Janardhan, Gopal and Ramesh, the Jagirdar’s son, being chums from childhood onwards. It was understood that Shakuntala was to marry Gopal after he had returned from his studies. Shakuntala, like a true Indian girl, had thought only of Gopal ever since she had come of age. The Jagirdar pressed his son Ramesh to speak to Gopal and fix up the marriage. But the former evades and the latter, after a casual meeting with Radha at the Mahant’s residence, gets more and more interested in her. Meantime there are whisperings in the town at the growing intimacy between the young people.
It is Janmashtami day, the day on which Radha is to do her final dance before devoting herself entirely to God. The whole town is gathered in the temple, and Radha dances as she has never danced, keeping the image of the Lord before her. But in between, in place of the Lord’s image, Gopal’s face comes. She gets nervous and faints away. The crowd departs thinking that she is in an ecstatic swoon. Gopal, who is present, waits. She comes to and is going to the Ashram, when Gopal meets her. She asks him to go away. Gopal remonstrates. Some townspeople see this. The next morning the whole town talks about the intimacy of Gopal and Radha. The Jagirdar is furious. Rama, Shakuntala and Ramesh tell him that it is idle gossip, that both Gopal and Radha are pure, but the Jagirdar shakes them off, rushes to the Mahant and threatens to close down the temple unless Radha is sent away immediately. He abuses the Mahant and Radha and leaves giving them the night to think it over. The Mahant prays to God to show him the way.
In the dead of night, Radha ties up her bundle of clothing and with a breaking heart leaves the Ashram. The Mahant who is awake sees her leave. He feels that his heart is being torn away, but stern devotee that he is, he bows to the will of God and lets her depart. She goes out into a world of which she knows nothing, only her God to guide her.
Next day, people learn of this. Gopal, to whom Radha is more than life itself, departs in search of her. The Jagirdar puts a wrong construction on this. Shakuntala protests, but the Jagirdar puts her down.
Radha wandering alone comes to a temple where she seeks shelter. Dinanath, a rich man, seeing this innocent fresh girl, tries to take advantage of her. By a lucky chance she escapes, and avoid going into the town. She wanders in the jungle, hungry and exhausted, and drops down amidst the terrifying sounds of wild beasts. A cobra comes and protects her, when from a distance comes the light of torches and human voices singing. They are a party of holy priestesses going for their morning bath. They come to where Radha is lying. The cobra glides away. The head priestess orders that Radha should be picked up and taken to their Ashram.
Meanwhile, the Jagirdar want to marry Shakuntala to someone else. Shakuntala flatly refuses, and threatens to go to the temple and take Radha’s place if the old man bullies her. The Jagirdar storms with rage and when Shakuntala tells him that he has committed a great sin in driving innocent Radha away, he gets so violent that he gets a stroke of paralysis.
Radha is now in the Ashram of the Sadhvi (the head-priestess) who gently soothes her and guides and trains her so that she becomes famous all around as a great saint. The public develop such faith in her, that through that faith and her faith in God, many seemingly incurable ailments are cured.
Gopal and Bhola wandering in search of Radha come to the Ashram. Gopal meets Radha who is now serene and quiet. The Sadhvi explains to Gopal that Radha is on the last rung of the ladder to reach God, and that he must help her instead of hindering her by his selfish love. She tells him how in previous lives he has thwarted her in reaching God, and how his duty is to Shakuntala, than whom it would be difficult to find a more devoted wife. Gopal understands and looks at Radha as the medium of divine love.
What of Shakuntala?
What of the Jagirdar?
*see the rest on the screen* 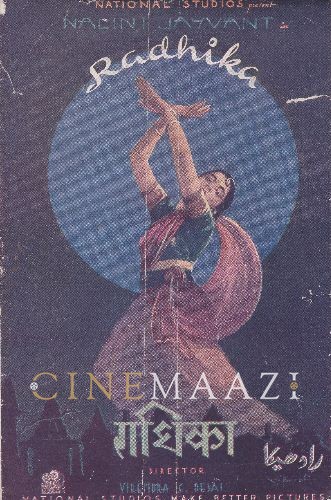 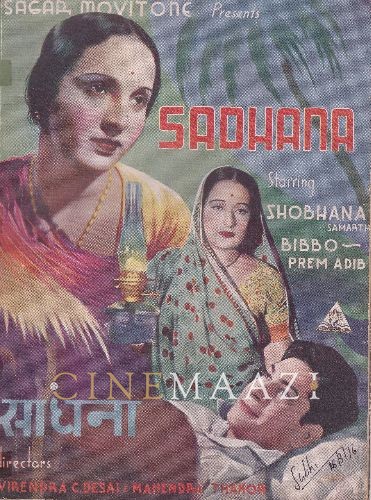 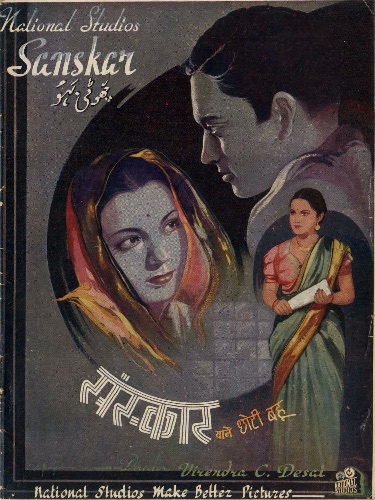