Jay a new-comer to Kanchanpur, saw the city gates being closed and was about to enter, then he espied three stalwarts mounted on hardy steeds frothing at the mouth. The Gatekeeper refused them a pass thru and swords brandished against swords. Jay took the opportunity and rushed to a safer place with his kid sister Mira. The three Veer Shiromanies were overpowered and taken to prison by Chandan Singh.

Next day Chandan Singh reports the incident to Rajguru, who with his knowledge of the World and ability to put two and two together, had come to know the incident before Chandan Singh could tell him. "How do you know? You already can know before anything can happen." Rajguru in reply smiles a patronizing smile.

Chandan Singh had a habit of chewing Pan occasionally. He spurts the juice from the window. The spitting falls on Mira and Jaydeo who are passing. Jay challenges him to a duel in which Chandan Singh is at the mercy of Jay's blade. At the point of the sword Jay orders to wash the garments of Mira, to the utter discomfiture of Chandan Singh. He reluctantly washes them. Rajguru smiles at the bravery of Jaideo and calls him up. Jay doesn't know that he was in the den of a mighty tiger.

Jay in a day in Kanchanpur has known much than he had seen and heard more than he had seen. He challenges Rajguru at his own game in Politics and gives him advice to change the militant policy towards Dev Kumar. Rajguru flies into fury. Jay challenges Rajguru that he will bring back the diamond. Rajguru, red-hot with anger lifts his finger and a fusilade of shots, arrows, spears and daggers showers on Jay but he, more agile than his enemy escapes unscathed and meets Manjula, the younger sister of Queen who gives him a note to be delivered to Dev Kumar.

The Celebration is in full colours. Kamna comes, all happy and smilingly, puts the Diamond Casket before Rajguru who beams on her. But the Queen comes wearing the diamond. Rajguru's face turns pale, lifts the Casket and opens, the Casket was empty. Kamna shudders at the failure. How did it happen? See it on the Screen. 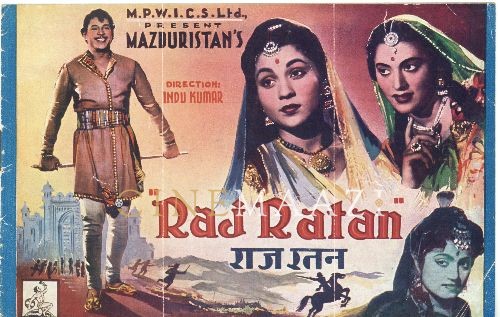