Sati Sulochana is the first talkie film in Kannada language and the first film to be screened in the erstwhile Mysore Kingdom. There are no reels of the film today.

The film is based on the character Sulochana from Ramayana. She is the wife of Indrajit and the daughter-in-law of Ravana, the demon-king.

The film portrays the goings-on of the war between the Hindu god Rama and Ravana as seen from the point of view of Sulochana.

Ravana abducts Rama’s wife Sita to his kingdom of Lanka, drawing Rama into a war. In the course of the war, Rama’s brother Lakshmana is knocked unconscious by an arrow from Indrajit and is revived by a medicinal herb Sanjeevani.

The revived Lakshmana kills Indrajit and makes Sulochana a widow. Ravana’s defeat by Lord Rama and the killing of Indrajit is viewed through the eyes of Sulochana. Unable to bear the pain of her husband’s death, Sulochana performs sati – a custom wherein the widowed wife joins her husband’s funeral pyre.

He decided to make a mythological movie called Sati Sulochana. He engaged Yaragudipati Varada Rao to direct the film as well as play the character of Lakshmana and entrusted Bellave Narahari Shastri with writing the screenplay, dialogues and lyrics.

Nagendra Rao, who had previous exposure to films, was selected to play the role of Ravana and was given an additional role of production management.

Sachin Nayaka chose to shoot the film at Chatrapathi Studio in Kolhapur. The production was started in December 1933 and took 2 months to complete.

Shooting was entirely done in natural sunlight and by man-made reflectors. The camera assistants carried mirrors on their shoulders to project light onto the set to provide back lighting.

They had to keep moving mirrors in alignment with the moving sun. The sets didn’t have a ceiling but were covered with white cloth. Also, there was no glycerin at that time so water was sprayed near the eyes of actresses in order to pass them off as tears.

The total amount spent for production was ₹40,000. The film involved shooting a war scene and this was done using 2 cameras. The film was released on 3 March 1934 at Paramount Cinema Theatre (later called as Parimala Talkies) near Kalasipalaya, City Market, Bangalore. Being the first Kannada talkie film, it ran house-full at Bangalore for six weeks 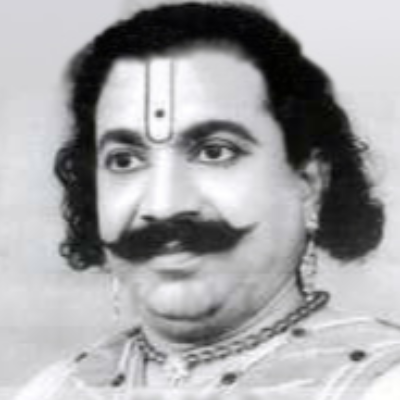