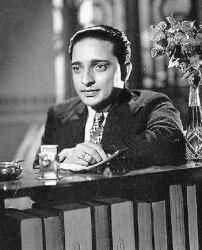 Born in Nellore, in the then Madras Presidency of British India, now in Andhra Pradesh, in May 1903, into a prominent and wealthy Telugu Brahmin family, he was one of the pioneers of Indian cinema.

After education at Nellore and a brief career in Telugu theatre, he took off to Kolhapur and Bombay to act in silent films. After a while, he moved to Madras, today’s Chennai, during the late 1920s. Impressed by his handsome looks, gait, and agility, R S Prakash Rao, son of Raghupathi Venkaiah Naidu, cast him as lead actor in several silent films such as Garuda Garva Bhangam, Gajendra Moksham, and Rose of Rajasthan.

From film editing to directing, it was but a short leap ahead before Rao began directing silent films, like Pandava Nirvana (1930), Pandava Agnathavaas (1930), and Hari Maya (1932), which was produced in Bangalore by the legendary figure of Karnataka theatre and cinema, Gubbi Veeranna. Rao’s wife Rajam, played the female lead in Hari Maya.

He was the first filmmaker in India to make motion pictures in Tamil, Telugu, Kannada, Konkani, and Hindi, apart from silent movies. With Marwari businessman, Chamanlal Doongaji from Bangalore, interested in cinema and launching South India Movietone in 1932, there was no looking back for Y V Rao.

He had the distinct privilege and historic honour of directing the first Kannada talkie, Sati Sulochana in 1934, a mythological built around Ravana, his son Indrajit, and daughter-in-law Sulochana.

Y V Rao, already famous in Bangalore for his Hari Maya, was asked to direct the film. For battle scenes, Rao used many hundreds of junior artistes, and as many as four cameras - a novelty during the period. A good editor, he manipulated his footage excellently to create an impressive on-screen impact, so much so, Sati Sulochana, as the first Kannada talkie, created a sensation in Bangalore.

Rao soared to the top in 1937 with his Tamil box-office bonanza, Chintamani (1937). For Chintamani, Rao first chose to cast Serukalathur Sama as Bilwamangal. However, he was not happy. Hence, he replaced Sama with M K Thyagaraja Bhagavathar and, as it is said, the rest is history. This change proved to be a turning point in the history of Tamil cinema and in the life and career of Bhagavathar.

To play the title role, Rao brought on board the celebrated Kannada singer, stage and film star, K Aswathamma. He cast himself in a major role as the friend who introduced the Devadasi Chintamani, to Bilwamangal. The well-known multilingual singer and stunt actor P S Srinivasa Rao was asked to play that role. However, at the last moment, he had to be replaced for he was down with typhoid. Left with no other choice, Rao cast himself in the role and gave a new name to himself, Manohar, which was actually the name of the character!

K Aswathamma had a melodious voice and made her debut in Kannada cinema in 1935 in Sadarame, a box-office hit. Sadly, she was afflicted with tuberculosis, and she could act only in three films. She died young but her fame lives to this day, thanks to her memorable role in Chintamani. She became a Tamil star with this film and also a household name in South India. Her hairstyle of putting up her long hair into a plaited knot with flowers strung around it, known as `bichoda,' attained popularity during those days. Made in Calcutta, the film created history and established incredible box-office records. It ran for more than a year in many places. Bhagavathar, with his honeydew voice and effortless singing, enthralled south Indians and the phenomenal success of Chintamani elevated him to the status of a legend in his lifetime.

His next venture was in Tamil, Lavangi (1946), a mix of fact and fiction built around a poet, Pandit Jagannath, who was believed to have served the Mughal emperor Shah Jahan. The heroine was Kumari Rukmini, daughter of dancer Nungambakkam Janaki. She entered films as Baby Rukmini and went on to become a star. Rao directed the film, and during the making of the film, the two fell in love and got married. In 1941, Rao went to Calcutta to make a Tamil musical of historic interest.

A mythological, Savithri (1941) attracted considerable attention. The title role was played by the Marathi and Hindi star, Shanta Apte. Making her act in a Tamil film was a daring move made by Rao, which generated public interest in the film even during its making. Unlike the artistes of today, she insisted on speaking and singing in Tamil. Rao sent a Tamil tutor to Pune to get her to learn the language. The project was put on the backburner for nearly a year until Shanta Apte was ready to speak and sing on her own. Such was her devotion to her profession.

Another innovative feature was Rao's move to cast M.S Subbulakshmi in the male role of Narada. MS was always popular and her role as the male sage became the talk of the town. Savithri had many songs, mostly sung by MS and some by Shanta Apte. Music was by Papanasam Sivan and Kamal Dasgupta.

His second wife Kumari Rukmini, mother-in-law Nungambakkam Janaki, daughter Lakshmi, and granddaughter Aishwarya have all been in the acting profession. Lakshmi, a multi-lingual star, is now a famed television talk show host.

The later years of Y V Rao’s career and life saw a decline, with marital discord, and legal cases. He separated from his wife Rukmini. Many film projects were announced but did not take off, and the few which did fared badly. Impaired by financial worries and personal problems, he passed away in 1973.