BEPIN'S family consisted of four people—himself, his wife, and their two sons, Kumar and Arun.

Kumar was prosecuting his studies in a Calcutta college, while his younger Arun stayed back at home and attended the village school. Arun was a meritorious boy, but he preferred playing around with his childhood chum, Santi, to wasting time on text books.

Santi's father, Nilamber, lived next door to Bepin, and between the two there existed a feud on account of some long-standing dispute.

From a small beginning Bepin had by sheer industry and perseverance built up a fairly prosperous business. He owned a provision store in the village. He wanted Arun to assist him in his business, as he could foresee no educational success for this refractory son of his. But his wife thought otherwise: and she went to the length of accusing Bepin of partiality towards Kumar, who would be allowed to have the luxury of a college education in the city, while Arun would rot in the village as a petty shop-keeper! So Bepin could not press his point further. But he was genuinely worried. For since sometime past he had been suffering from high blood pressure and a weak heart, and his neighbour Nilambar's constant pin-pricks had begun to tell upon his health. Bepin wondered, what would happen to his family and business if he died with no-body competent enough to look after them. The thought constantly oppressed him and he was taken seriously ill.

On hearing of his father's illness, Kumar hurried back home from Calcutta. An intelligent boy as he was, he could at once realise what was oppressing his father most in his last moments. It did not take him long to make up his mind, and he gave his dying father a solemn pledge that he would look after the family and the business to the best of his abilities. So Bepin could die in peace.

Kumar was made of a stuff from which heroes come. After his father's death, he took upon himself in right earnest his double responsibility of managing the business and supervising Arun's studies. Of course, he had to give up his own college-career for this and stay back in the village.

While in Calcutta, Kumar had become very familiar with Professor Lakshmidas and his highly educated daughter, Prova. Everybody knew that this would in the near future result in matrimony, as Kumar and Prova were deeply in love. But Professor Lakshmi-das was a man of modern taste: he could never approve of a village shop-keeper as son-in-law. So Kumar's personal romance was also nipped in the bud.

But nothing could deter Kumar from living upto his own pledge given to his dying father. And it was through his constant attention and personal care that Arun passed the matriculation examination and secured a scholarship as well. Kumar had in the meantime, managed to patch up the old family feud with Nilamber and persuaded him to consent to Santi's marriage with Arun, of course on a future date. To give Arun the benefit of a higher education, from which he himself had been so cruelly deprived by Fate, became now the one aim of Kumar's life. So he sent Arun to Calcutta to join a college.

Unaccustomed to the ways of the city-life, Arun found himself quite at sea during his first days in Calcutta. His rustic airs earned for him the ridicule of his fellow students. Only Bilash, his room-mate in the hostel, seemed to have sympathy for him, as he sportingly offered to groom him up into a full-fledged city bird. An important stage in this grooming business was reached when Arun accompanied Bilash to the fashionable apartment of Gunsundari, the cynosure of the city's gay society and a notorious breaker of young hearts. No wonder, the sophisticated ways of this 'lady charming' took Arun completely off his feet. He had never imagined that any-body could be so beautiful and so companionable as Gunsundari. The following weeks found Arun a daily visitor to Gunsundari's evening parties and a virtual slave to her bewitching charms.

Gunsundari in reality was a complex character. She had drunk deep at the fountain of what goes by the name of youthful pleasure and blissful enjoyment. The dregs that now remained in her empty cup had embittered her against the world. And just at this juncture of her life, she met Arun. Behind his blind infatuation, which might almost be called devotion, Gunsundari sensed a sincerity that she had sadly missed in all the numerous men who had come into her life. Her love-starved soul almost fell for this unsophisticated college boy!

Bad news is said to travel on wings. So, it was not long before Kumar heard the news of his younger brother's infatuation for a woman of the town. The shock was too great for the already ailing mother to stand. Her illness took a serious turn. The telegram conveying this dishearting news reached Arun one week later, for he did not care to come back to his hostel during this period from the cosy corner of Gunsundari's smug sanctuary.

When Arun reached his village-home at last, his mother was no more. Clan-destine love had made Arun a moral coward. So when Kumar confronted him with the report he had heard, Arun blankly denied it, dubbing it as a vile fabrication by malicious tongues. But he could not stay at home long. His attraction for Gunsundari had been beckoning him to the city and he re-turned to Calcutta post haste.

But Arun was surprised to find that his adored one had in the meantime, changed into a new woman. Gunsundari had realised that her dreams of starting life afresh, could never come true; as her past sins would never be condoned either by society or its laws. So she told Arun to go back home: not hesitating to inform him that she had no need of him anymore!

This drove Arun almost mad. He discovered that one of Gunsundari's old patrons had constantly been making pilgrimage to her apartment during his absence from the city.

Insane jealousy took away the last vestige of reason from this sadly duped boy. He pro cured a revolver and went straight to Gunsundari's place to straighten out his twisted account with her.

How Arun wreaked his vengeance upon Gunsundari, and how Kumar fulfilled his pledge of insuring the future happiness of his younger brother are depicted in blood and tears in the rest of this intensely human screen drama. 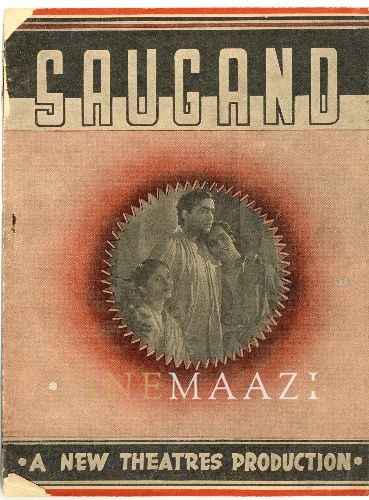 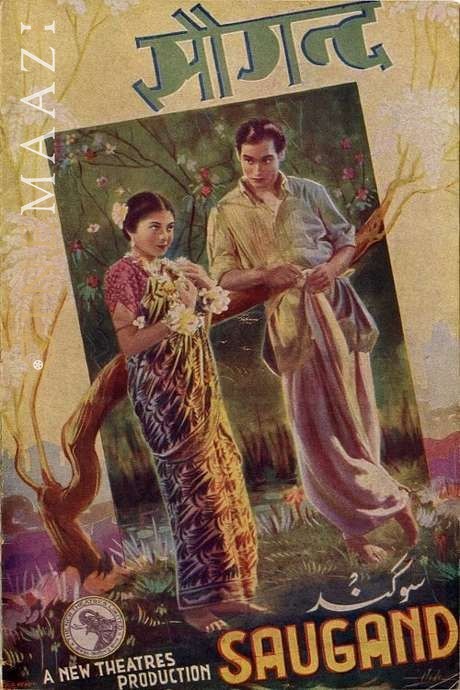