Story of SardarBhagatsingh is the story of the famous Indian Revolutionary Hero who was responsible for sowing the earlier seeds of Freedom of Mother India.

He was a very young man who had just come out from the University but whose young and tender heart was filled with pain and anguish at the cruel happenings of the day. The British Rule at the time was gathering all the unpopularity of an Iron Hand. With their characteristic Imperialistic Policy they suppressed every action that was just and right. General massacres of 1857, the brutal atrocities committed by the Britishers in the JalianwalaBagh had made the common man sick of such a rule. Added to this were the unbearable economic conditions prevailing at the time, Illiteracy, unemployment, starvation on large scale. Who on earth could tolerate this, much less a man of a sensitive nature like SardarBhagatsingh! His soul was filled with a very strong sense of revolt and a burning desire to break the chains of suffering and slavery and bring the misery of the masses to an end. Nothing would appease this dauntless hero except to lay his life at the feet of Mother India as the price for future peace, prosperity and welfare of the Nation! With this resolve he formed a party known as Hindusthan Socialistic Republican Association and started its action at Kanpur, through the medium of a paper known as "Kirti", through which he tried to express his ideals and to awaken the masses.

Another great figure comparatively unknown to the History but who played a mighty role in this drama was CHANDERSHEKHAR AZAD. In the Popular Circles he was known as "Robinhood of India" The name of this man was a terror for the Police. He was convicted in a number of cases and was wanted in the KakoreeDacoity case. The Police had offered a large sum of money to catch this man but he was absconding. He was a man of mark, ability and culture. S.

Bhagatsingh met this man and the two veterans took a vow to drive the Englishman out of India.

Very soon the ground for action was provided by the famous Simon Commission "This added fuel to the tire. Headed by LalaLajpatrai, Lion of the Punjab, demonstrators arrived at Lahore station to stage the protest against the Simon Commission. With Black flags the demonstrators demanded "Go Back Simmon". A great chaos was created; the beloved leader LalaLaipatrai received blows of baton on his chest; the blows were hard, the blows were severe. He died soon afterwards. Nothing would give the party rest except to avenge this death by death. And so, on the next day they resolved to finish their job by shooting Scott the Supdt. of Police right before the door of his office. As luck would however have it, Scott had left earlier that day and Mr.Sandhurst, D.S.P. of Lahore, as he was coming out of Scott's office, was shot dead by S. Bhagatsingh. With passage of time the British Rule became more and more rigid and endeavoured to curb the growing revolutionary spirit by Legislating the Public Safety Bill and the Trade Dispute Bill. The underlying motive of course was to crush the growing revolutionary political spirit of the masses. SardarBhagatsingh and his party: were determined to defeat this purpose of the Government at any cost.

So we have here .a breath-taking scene of the Assembly Hail where all the members had assembled, (presided over by SardarVithalBnai Patel) to enact these Bills. At the fag end when the Bills were about to be declared passed, came two Bombs with all the force and a fierce sound which shook the very floor of the Assembly. All the gathered members ran helter skelter, amid thick clouds of smoke causing great stir and confusion. The Bills could not go through and the purpose of the Govt. was amply defeated. Who could it be who had thrown the bombs? It was none other than S. Bhagatsingh! He and his colleague, B. K. Datt, voluntarily courted arrest by surrendering themselves to the Inspector of Police shouting slogans "InqalabZindabad". Both were tried by the court and sentenced to 20 years imprisonment. Interspersed are a number of torture, scenes.....  Those who had witnessed these scenes would for a moment forget the culture and civilization for which the British Rule prided itself. No barbarians were capable of inflicting more severe torture. By whipping, flogging and coercion they succeeded in turning Jai Gopal, lnderpaI and few others into Approvers on the side of the Govt., and extracting secret information they needed about the working of the party and their principles. The Govt. of Punjab frame charges against Bhagatsingh and some others for the murder of Sandhurst, D.S.P. Lahore, and sentenced Bhagatsitigh, Rajguru and Sukhdev to death.

And so S. Bhagatsingh, Rajguru and Sukhdev went to the gallows with a broad smile on their faces, with braver heart, all the time shouting "Down Down the Union Jack and Up Up the National Flag". All these heroes gave their lives as token of humble 'offering at the feet of Mother India in the cause of freedom from the foreign yoke of slavery and suffering. They kissed the rope which hanged them round the neck, to be 'sure that it hanged hypocrisy of the British Rule for which they had fought and lost their lives.

Poignant in treatment, ambitious in scope, the drama is full of situations which are tense and moving and recall' the spirit of earlier days of the struggle of Freedom by revolutionary and violent means.' No insult or injury is intended to any individual or character and apology is offered for any shortcomings, if any, as attempt has been made to represent as truly as possible the story of S. Bhagatsingh and his times within the limitation of presenting such a historical theme on the screen. 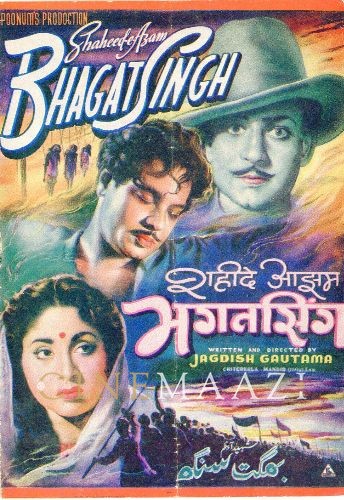 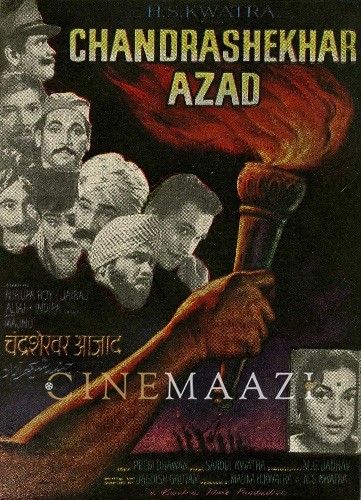 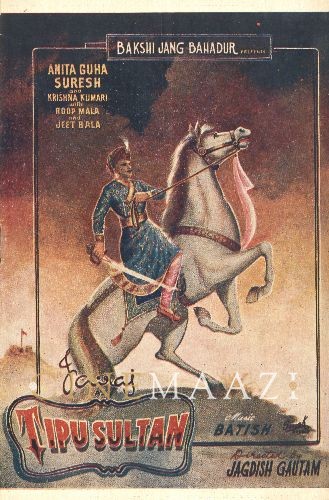