Malathi after losing her parents lives with her aunt who tortures and treats her like a servant. One day she is dumped in a waste materials godown and she falls sick. Doctor Vijayan (K.V. Shrinivasan) who comes to treat her sympathizes and admits her in a private school-cum-hostel for orphans. Malathi grows up into a young lady (Kanchana) and becomes a teacher in the same school.

Bhaskar (Gemini Ganesh), a rich estate owner, lives in Shanti Nilayam with his older brother Shekar's children (four daughters and a son) and is finding it difficult to bring them up as they are highly naughty and the hired governess runs away every time. His cousin Ramu (Nagesh) and his mother (Pandari Bai) live in the estate too. Bhaskar conveys his need to Dr. Vijayan who convinces Malathi to accept the governess job. Initially, the children do not accept Malathi but her understanding and mature nature soon win them over. Bhaskar appreciates her work.

Strange things happen in the house: Pappamma, the servant-maid laughs and walks in the midnight with a candle, Balu (K. Balaji) visits Bhaskar regularly for money. Malathi suspects something wrong in the house. She comes to know that one of the children Geetha (Rama Prabha), an innocent, loves Ramu. One night, Bhaskar's cot catches fire and Malathi douses it. She demands to know why Bhaskar looks like he has lost something but he does not reply. Balu comes again and Bhaskar gives him money and tells him that he will not give him anymore.

Bhaskar's family friend, Parvatham (Sundari Bai) arrives with her husband and daughter Sheela (Vijayalalitha). Parvatham suggests the marriage of Bhaskar and Sheela and Malathi is upset hearing this. Malathi's aunt with her daughters Saradha and Sumathi arrive there after having fallen in their life. Ramu's mother accepts them and they stay with Malathi. Sheela and her mother treat Malathi and her relatives badly. They spread rumours about Malathi, and Bhaskar shouts at Malathi to behave properly like an educated person. Malathi feels that even Bhaskar is treating her like a servant and decides to leave the house. However, Ramu stops her and states the children's needs and she stays back. Bhaskar understands Malathi's commitment to the family and expresses his love for her. Sheela overhears this and shouts at Malathi for snatching away Bhaskar. Bhaskar asks Sheela and her family to leave. The children are happy about Malathi and Bhaskar uniting. Bhaskar fixes their marriage the next Friday. One day, Malathi sees Balu with bloodstains and demands an explanation from Bhaskar who promises to reveal everything soon.

During the marriage proceedings, Balu arrives and states that Bhaskar has already married his sister. Bhaskar accepts and reveals that he indeed married Janaki, a madwoman, and explains the circumstances of the marriage. Bhaskar's father (VS. Raghavan) in an altercation hit Singaram (Senthamarai), Balu's father, leading to his death. Balu blackmails Bhaskar's father to marry his sister Janaki to Bhaskar and give a part of the wealth to her. Bhaskar's father refuses but Bhaskar, to save the family's prestige agrees and marries Janaki but finds her totally mad.

He gives her the best of medical treatment but there is no improvement in Janaki. Pappamma takes care of her. Bhaskar's brother Shekar was killed in a fire lit by Janaki. Ramu's mother confirms the facts and Malathi is shocked and leaves home. The children cry for her to stay and Kavitha, one of them, follows her. Kavitha falls down unconscious and Malathi stops and returns home along with Dr. Vijayan, who arrives there.

Meanwhile, Balu demands Bhaskar to transfer the wealth belonging to Janaki to him and threatens to kill him otherwise. Bhaskar takes on him and beats him. At the same time, Janaki comes out of her room and puts the house on fire. Balu, Janaki, and Pappamma die in the fire. Malathi, Ramu, and Dr. Vijayan arrive and save everybody. Bhaskar and Malathi marry. 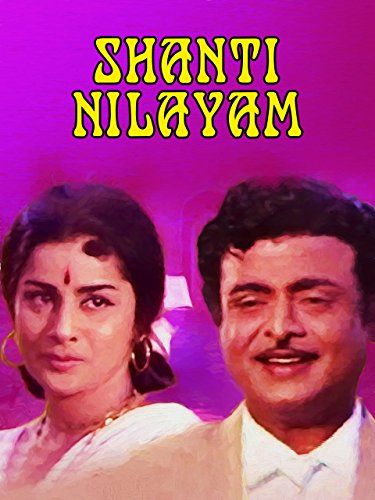