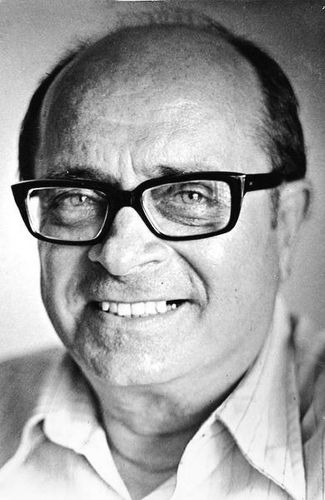 An eminent figure in the Madras film industry, Marcus Bartley was the cinematographer behind many enduring classics of Tamil cinema.

Born in 1917, Marcus Bartley took a keen interest in photography while he was at school. He started out as a press photographer for the Times of India in 1935. He transitioned to making newsreels for British Movietone. After some years of working with newsreels, he travelled to Madras to join Pragati Studios. He is first credited as an independent cinematographer in the film Vayadi (1940). He next worked in the Pasupuleti Kannamba starrer Kannagi (1942), based on a character from a popular Tamil Jain epic. After working in Mahamaya (1944), he shot B N Reddy’s classic melodrama Swarga Seema (1946). Bartley’s worked received praise from all quarters and he became great friends with B N Reddy. He worked in the Chittor V Nagaiyah starrer saint film Yogi Vemana (1947), followed by K V Reddy’s adaptation of King Lear – Gunasundari Katha (1949). He would go on to work consistently with K V Reddy throughout the 50s.

His next success came with L V Prasad’s melodrama Shavukaru (1950). K V Reddy’s Pataal Bhariravi (1951) was a blockbuster, which showed Bartley’s skill at handling the epic fantasy genre. L V Prasad’s masterful comedy Kalyanam Panni Paar (1952) was next. Other notable films in the ’50s include Pelli Chesi Chudu (1952), the costume drama Chandraharam (1953), the successful comedies Missamma (1955) and Appu Chesi Pappu Koodu (1959). K V Reddy’s Maya Bazaar (1957) was an achievement in trick photography. Bartley was said to have simulated the moonlight-bathed Lahiri Lahiri lo song while shooting in the afternoon.

The ’60s proved to be equally prolific for Bartley. He worked in films like Jagadeka Veeruni Katha (1961), Manithan Maravillai (1962), Gundamma Katha (1962), Chemmeen (1965), Enga Veetu Penn (1965) and Saathi (1968). Chemmeen won widespread critical acclaim, winning the National Film Award for Best Feature Film and also won Bartley a Gold Medal for his work at the Cannes Film Festival. Chemmeen is widely regarded as a milestone film for Malayalam cinema, and much of the credit goes to Bartley’s evocative camerawork. He also won the National Award for Best Cinematography for Shanti Nilayam (1969). Noted film critic Randor Guy would shower effusive praise on him, calling his cinematography “brilliant”.