The wheels of Destiny move according to the will of Providence, and Providence alone can steer those wheels at its own will to decide the fate of each soul. No human will or power or any prank can alter this movement which none but Almighty decides.

This is truly a strange tale of the strange web that Dame Fate had woven—in which a human melodrama with an ever absorbing streak of tragedy" runs deep. It happened hi that strange and overflowing ocean of humanity, consisting of men, women, and children-young and old-in that great holy fair known as "Kumbh-Mela", which is a unique occasion, held every twelve years for benefit of multitude of souls yearning for salvation.

In that over-crowded Koombh-fair, God alone knows how many of innocent children are being lost and fall in the hands of some strange parents, simply due to uncontrollable and dense crowds. And in such an over-crowded Koombh-fair, Justice Jamnaprasad with his wife and a child-a beautiful daughter-went to seek salvation...But who can tell the intricate workings of the machines of destiny, which God alone controls, when to everyone's sorrow, he lost his little daughter amidst the terrible crowds of the fair. Having combed the place to find his daughter, he returned to Bombay to console himself with a boy—whom he thought proper to adopt as his own son. Time flew. Years rolled on.  ...Little boy of yesterday grew up in a fine, smart young man of eighteen...... And lo. Don't you think that even that charming little daughter of the Judge might have bloomed into a beautiful damsel in all her glory of youth? But who could know about her whereabouts?

And one fine evening Justice Jamnaprasad happened to attend a dramatic performance at a theatrical party organized by one—Badriprasad. It was a great play, in which a charming damsel-Shyama by name -gave a dazzling dramatic performance. And the young smart son of the Justice - at the will of destiny - secretly fell in love with Shyama.

Shyama - she was really a charming and cute little star, so alluring so bewitching, so vivacious that she could not but steal the young heart of the adopted son of the Justice.

But Jamnaprasad strongly resented his son's gesture...But at this very moment, the young man was shocked to learn that he was not the real son of Jamnaprasad. He furiously but tragically demanded to know as to who were his real parents. But who could throw light on this tangled state of affairs brought about by destiny -'Taqdeer'.

And then what about the beautiful Shyama - who was she? What about Shyama's love? Whose son was her lover?

The intricate workings of "Fate" will be unfolded on the screen in Mehboob Productions' "TAQDEER", 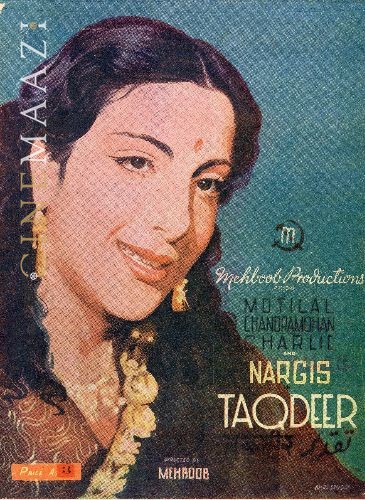 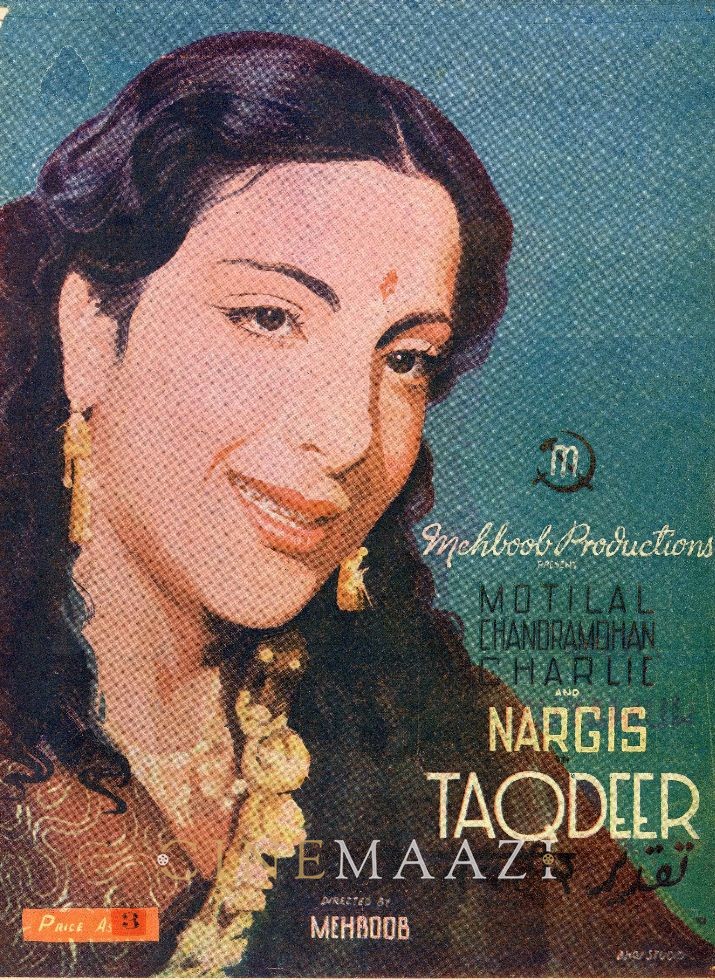 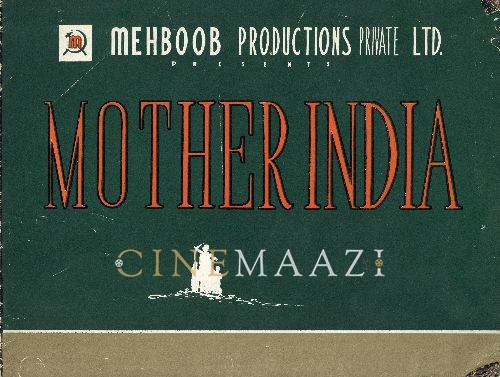 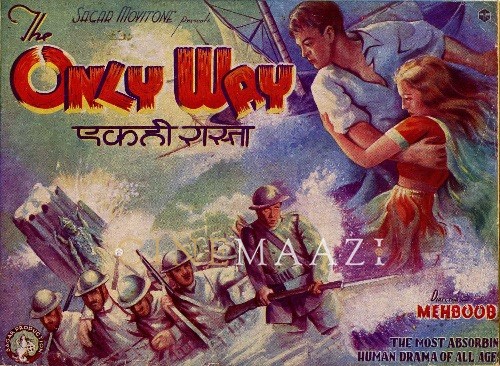