Yateem is the story of trials, travels and travails of a child who was orphaned, when his parents were killed at SalimChishti'sDurgah at FatehpurSikri by a police officer in the line of his duty.

Mr. Yadav, the Police Officer, may not have regretted the elimination of Ujagar Singh, the father of the orphaned child but his heart went out to the little 'Krishna'; he brought him home and adopted him. Having spent his childhood along with Gauri, the motherless daughter of Mr. Yadav, Krishna was sent to the police training school. Encouraged by Mr. Yadav and egged on by his only friend, Gauri, Krishna passed out of the school with a gold medal for being the best cadet.

But would the stigma of being the progeny of a dreaded outlaw ever leave him in peace?

The emotional storm broke out when he was posted to Fatehpur and learnt from the files that Mr. Yadav has killed his father.

Chanchal, Gaurl's step mother, (much younger in years to Mr. Yadav) frustrated in her amorous approach to Krishna, the young colt accused him of sexual assault.

Flogged by Mr. Yadav, Krishna found himself in lock-up. GirivarMathur the local police officer and Krishna had developed a mutual dislike at the first sight.

Girivar was a man who had removed the word 'scruples' from his dictionary posing as Mr. Yadav's admiring friend, he was having a clandestine affair with Chanchal as if that was not enough, he wanted Gauri as his wedded wife.

But for Krishna, Gauri was not only his only love but probably the only friend in the world.

Breaking the lockup and kidnapping Gauri from the marriage 'mandap' saw him in the wilderness as an outlaw and fugitive from justice.

The wilderness brought him face to face with 'Dadoo' the dreaded dacoit who was once associated with Krishna's father and had a score to settle.

When an unscrupulous police officer like Girivar and a heartless killer like 'Dadoo' join hands, life for the likes of Krishna and Gauri would be one inferno.

In this existence amidst flames, the only breath of fresh air was a kindly old couple in the wilderness who saw Gauri as a lovely bride for Krishna and Gauri in turn became a mother and gave Krishna a son.

Life has come a full circle. Krishna and Gauri would take their son to SalimChishti'sDurgah for thanksgiving, like Krishna's parents had done once.

But would Krishna let his son be yet another 'Yateem' thrown to the wolves of society.

No sir! Not if he could help it. Whether he could or not is all what 'Yateem' is about. 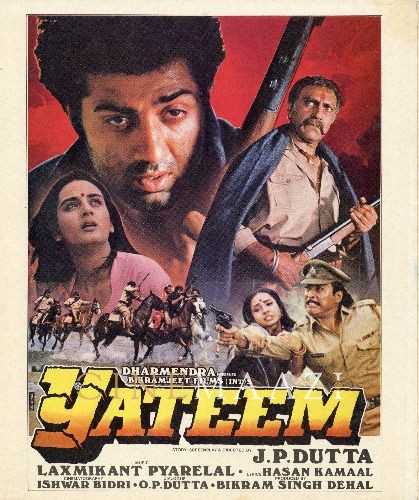 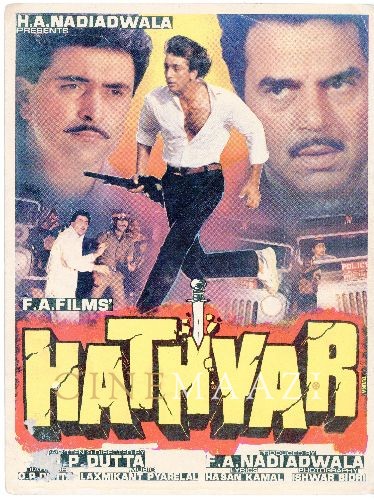 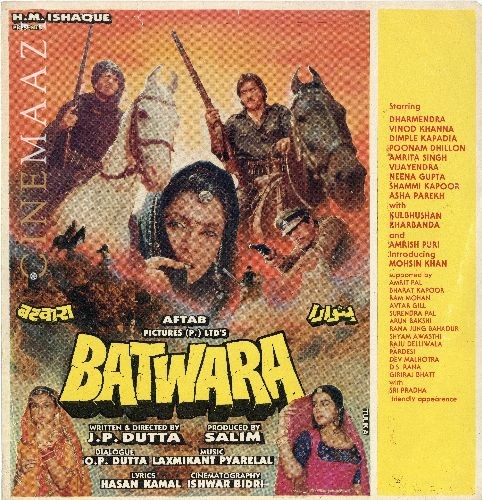