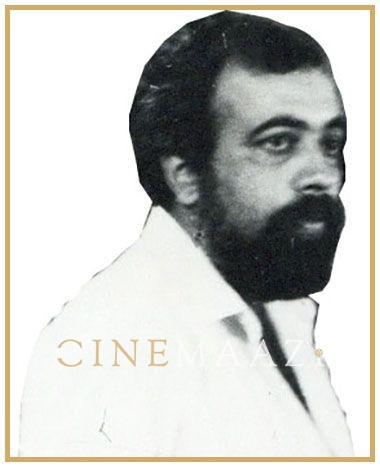 With a penchant for grand-scale patriotic war films, writer, producer and director J P Dutta is known for films such as Border (1997), LOC: Kargil (2003) and Refugee (2000). His forte is films with an army or police background, for which he conducts extensive research on the proper administration and working of these organisations. His signature style as a filmmaker includes long tracking shots of the main protagonist, extensive use of steadicam as well as a five-camera set-up during intense battle and action sequences, and slow motion shots. His films also often have ensemble star casts. Once, when asked if he never wanted to make smaller and ‘easier’ films compared to the epics he is known for, his daughter Nidhi responded, “Papa can’t think small!” In 1998, he was awarded the National Award for Best Feature Film on National Integration from President of India for his super hit film Border. He also reportedly headed the feature film section jury for the National Film Awards (2010). He penned the screenplay for most of his films including Yateem (1988), Kshatriya (1993) and Border, he also produced Border, Refugee, LOC: Kargil, Umrao Jaan (2006), and Paltan (2018).  His father O P Dutta is also credited with writing the dialogues for some of his films.

He was born Jyoti Prakash Gupta on 3 October 1949 in Bombay. His father, O P Dutta was a writer-director known for films such as Pyar Ki Jeet (1948), Ek Nazar (1951), and Aangan (1959), among others. J P Dutta’s brother Deepak Dutta was a squadron leader in the Indian airforce, who died on duty. Dutta began his career in films with Sarhad. Revolving around prisoners of war, this action film was started in 1977 with Vinod Khanna, Mithun Chakraborty and Bindiya Goswami. It was about two friends who separate in childhood only to meet once again during the war, fighting in opposing armies. According to some sources, the film was shelved when Vinod Khanna decided to quit films and move to America; others state that the film could not be completed, as the producer pulled out midway. The uncompleted film never reached the theatres. After this, Dutta had an extended wait before his next release – Ghulami in 1985. An action-drama, it was set in feudal Rajasthan, and depicted a group of peasants rising up against the exploitative landowners and the age-old system of caste-based oppression. It starred Dharmendra, Mithun Chakraborty, Naseeruddin Shah, Reena Roy, Smita Patil, and Anita Raj.

In 1997, his dream project Border released. He had begun working on the film's script in 1995 and completed it in 1996. The war film was mostly shot in Bikaner, Rajasthan, as well as in Jodhpur. It was to bring him enormous fame. It depicted a real life episode in history when, in 1971, along the border region of Longewala, a small battalion of Indian soldiers goes up against a large Pakistani strike force. Set during the Indo-Pakistani War of 1971, it was an adaptation of real life events that happened during the Battle of Longewala. The film starred an ensemble cast of Sunny Deol, Jackie Shroff, Sunil Shetty, Akshaye Khanna, Sudesh Berry, Puneet Issar and Kulbhushan Kharbanda, with Tabu, Raakhee, Pooja Bhatt and Sharbani Mukherjee in supporting roles. The film also featured popular songs such as Sandese aate hai, sung by Sonu Nigam and Roop Kumar Rathod, Mere dushman mere bhai, and Main chaloon. The film garnered critical acclaim for its story, execution, scale, depicting of the battle, direction, screenplay, performances and soundtrack. It opened to strong box office results, and was declared an all-time blockbuster by Box Office India. It also became the highest-grossing Hindi film of 1997 in India, coming in second to Dil To Pagal Hai (1997) in worldwide collections. It also went on to win several awards at different award functions, bagging four Filmfare awards including Best Director for J.P. Dutta and Best Male Debut for Akshaye Khanna. It also won three National Film Awards: Best Film on National Integration, Best Lyricist for Javed Akhtar, and Best Playback Singer (Male) for Hariharan.  On 15 August 2017, commemorating the 70th Indian Independence Day, the Indian directorate of film festivals and ministry of defence jointly presented the Independence Day Film Festival, where the film was screened retrospectively for its continued cult classical popularity and completion of 20 years.

In the year 2000, Dutta directed the romance drama Refugee, which marked the debut of both its lead actors, Abhishek Bachchan and Kareena Kapoor. The film also starred Jackie Shroff, Sunil Shetty and Anupam Kher. It told the story of an unnamed Indian Muslim, who helps illegal refugees from India and Pakistan (including modern-day Bangladesh) cross the border through the Great Rann of Kutch. The film was said to be inspired by the short story Love Across the Salt Desert by Keki N. Daruwalla. An average grosser at the box office, it was the fifth highest-grossing film of that year.

In 2003, he directed LoC: Kargil, a historical war drama based on the Kargil war fought between India and Pakistan in 1999. Produced and directed by Dutta under his banner J. P. Films, the film featured an ensemble cast that included Sanjay Dutt, Ajay Devgan, Saif Ali Khan, Abhishek Bachchan, Suniel Shetty, Akshaye Khanna, Manoj Bajpayee, Nagarjuna and others. It was based on the Indian army's successful Operation Vijay that was launched in May 1999 in the wake of the Pakistani intrusion and occupation of the strategic heights in the Kargil sector to flush out the Pakistani intruders from the Indian side of the Line of Control (LoC). Upon release, LOC received a mixed response critically and commercially. With a run time of 255 minutes, it is one of the longest Indian films ever made.

2006 saw him direct Umrao Jaan, an adaptation of the Urdu novel Umrao Jan Ada by Mirza Haadi Ruswa (1905). Starring Aishwarya Rai, Shabana Azmi, Suniel Shetty, and Abhishek Bachchan, it did not make a mark at the box office. A Hindustan Times review noted, “Though comparing the film with the 1981 magnum opus is not fair, what does one do with a baggage of incredible weight? One simply remembers it again and decides to go back to it once more.” Another reviewer for Rediff praised the film for being more loyal to the novel.

Dutta’s most recent film was Paltan (2018), an action-war drama based on the 1967 Nathu La and Cho La clashes along the Sikkim border after 1962 Sino-Indian War. Its cast included Jackie Shroff, Arjun Rampal, Sonu Sood, Esha Gupta and others. The film received good reviews from the families of the soldiers who participated in the war who thanked Dutta for presenting the life story of the unsung army officers. It was also appreciated by army circles and officials from the defence ministry for revealing the incidents from the lesser known battle of the 1967 war at the Sikkim border. However, the film did not receive much success at the box office, on account of reported drawbacks such as ineffective execution, caricature characters and long runtime.

In a 2018 interview, Dutta said that he was 'hurt' by how successful his film Border became, because that is all he is remembered for, while the rest of his filmography is essentially ignored. He confessed, “Border gives me a little frustration. Because I've done so many films over the years, but I'm only known for Border. That hurts… You don't talk about LOC: Kargil. This hurts me, because I worked the hardest on that film, very, very hard. And to actually take a decision that I will not cut down the film from four hours to three hours, in itself was a huge decision that I had to make, commercially, because of the fact that I had met every officer's parents, who had died, who were alive. Met them, spoke to them, about their child... And after having met all of them, I did not have the heart to cut them out of the film... This is what hurts me; Border, Border, Border, Border, but what about LOC: Kargil?”

On the personal front, he married actress Bindiya Goswami in 1985. They have two children – Nidhi Dutta, who debuted as an actress in films, and Siddhi Dutta.