Once a familiar face on the Indian screen, perhaps very few would remember the name of Ramayan Tiwari, more popularly known as Tiwari in the industry. Famous for playing villains in Hindi films of his time, Tiwari was naturally gifted for the part with an imposing physique, dusky skin, large, expressive eyes, and curly hair.
Born in 1916 in Patna, Tiwari was involved with the peasants’ uprising against the Empire even as a school-going child. To take part in this rebellion, he left home without informing his family and came to Mumbai in 1939. He participated in Subhash Chandra Bose’s revolutionary efforts, and in 1942, he joined the Quit India movement as well. For his involvement in this act of civil disobedience, he was arrested and sentenced to a jail term of three months.
On his release, he found out that his family was struggling to make ends meet, and he started looking for a job in Mumbai to support them. Fortunately, he met the filmmaker W.Z. Ahmed, who employed him in his film company, Shalimar Pictures, at a small salary of 50 rupees per month. Noting his strong physique, Ahmed cast him in a small role in the film Prem Sangeet (1943). In the next year, W.Z. Ahmed cast him in the more important role of a mad cowherd in Mun Ki Jeet (1944), and Tiwari received great praise for this performance, so much so that his monthly salary was increased to a thousand rupees. Within the next two years, Tiwari also appeared onscreen in the lauded role of Jaychand in Prithviraj- Sanyukta (1946). Though he had never dreamed of becoming an actor, Tiwari continued his streak with his role in Meerabai (1947). Soon, his salary had gone up to a mind-boggling 4500 rupees.
Following Partition, W.Z. Ahmed left for Pakistan, but by this time Tiwari was already an established name. As the industry changed, and actors began to work freelance, he started working under other banners, and acted in a number of films like Gaon (1947), Do Bhai (1947), Manager (1947), Khidki (1948), Nadiya Ke Par (1948), Kiski Jeet (1948), Bara Dari (1955), Yahudi (1958), Madhumati (1958) and Jalpari (1952), and made his mark as a villain. He continued to appear in a host of films, including Panna (1956), Kaajal (1965), Dharti Kahe Pukar Ke (1969), Neel Kamal (1968), Jis Desh Men Ganga Behti Hai (1960), Pick-Pocket (1962), Dushman (1971), Raampur Ka Lakshman (1972) among others.
Deeply attached to the Bhojpuri language, in 1963, he produced the film Ganga Maiyya Tohe Piyari Chadhaibo starring Nazir Hussain. In the next year, he also produced Laagi Nahi Chute Rama in Bhojpuri. He wished to set up a film company in Bihar, but was turned down by administrative officials in the state. Nearing the end of his career onscreen, Tiwari last appeared in the Hindi-language Chambal Ki Kasam (1980). He passed away on 9 March 1980 after a protracted battle with a fatal illness. 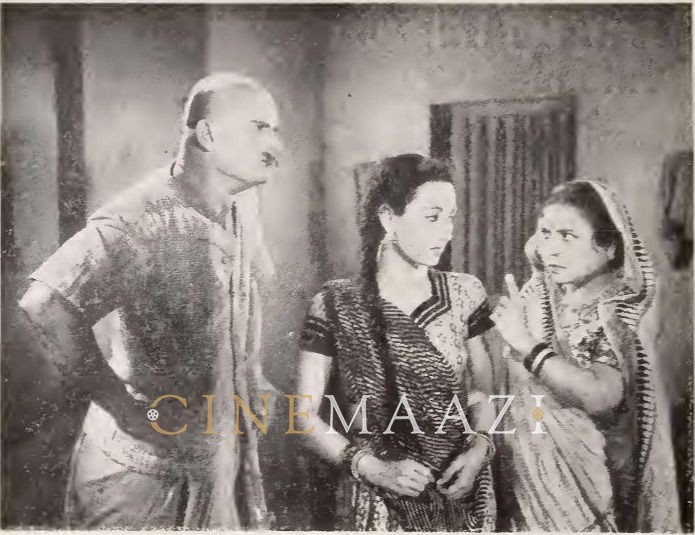