It was the Independence Day.

Raja Thakur-the founder of Datia school-got up proudly on the dias to award prizes to various winners including his two young promising sons-Suraj and Ripudaman-for securing distinctions in various subjects. Suraj had an added honour for standing first in an essay competition on Gandhi and Ahimsa.

It was a day of great rejoicing and excitement not for Raja Thakur alone but for the entire family as well. To celebrate the day befittingly, each and every corner of the haveli was lit up dazzlingly; alms were distributed among the poor etc.

The haveli resounded as never before with the fireworks, the merry songs and joyous, hearty laughter of the inmates. Everybody was busy in celebrating the occasion with éclat and enthusiasm.

All saw in Suraj another sun rising on the horizon of the Thakur family with all its radiance and glory.

Suddenly, a mighty storm gathered with all its devastating fury. With a single stroke, Zalim Singh, a notorious dacoit wiped off the entire family. The songs of festivity changed into the horrible shrieks of death. Suraj, a helpless orphan now was dragged through the corpses of his parents and loyal servants, away to the ravines by the hordes of Zalim Singh who took possession of the haveli itself.

One day, Suraj managed to escape from the den of the dacoits. He moved up and down the ravines but could find no shelter, no love, no solace…. Wherever he went, the soft, tender, lifting lullaby of his mother and Mausi haunted him like a passion. Facing hazards of insecurity, Suraj grew up in the wilderness of the ravines and finding no protection and justice from Law, he became an outlaw-a law unto himself.

As chance would have it, he met with his long separated sister Gudia and Mausi. But none could own him being a notorious dacoit who was a terror in the Chambal Valley. Again he was left all alone. The civilized society treated him as a curse. None except his gun was his companion in the wasteland of his life. Ironically, an outcast-Tanno Bai-came to his rescue; gave him constant company and solace….As time passed on, they became intimate lovers. A strange combination of an outlaw and an outcast!

Badan Singh and Tanno decided to unite to make their bonds of love sacrosanct. Away from the searching eves of law, they danced; they sang to the stars, flowers, the sun and the moon….But wherever they went, they were chased by Law.

Rapudaman Singh, as a loyal police officer, advised him to surrender before Law by giving up the conceit of self-righteousness. Crime is a crime after all irrespective of any motive whatsoever of committing it.

But Badan Singh entertained none of his homlies. He was just seething with revenge for the murder of his innocent parents. Injured and insulted, he remained glued to the path of violence.

Could he be united with Tanno?

Could he be reunited with his brother, sister Gudia and Mausi?

Could he kill the killers?

“Chambal Ki Kasam” Is the answer to all this! 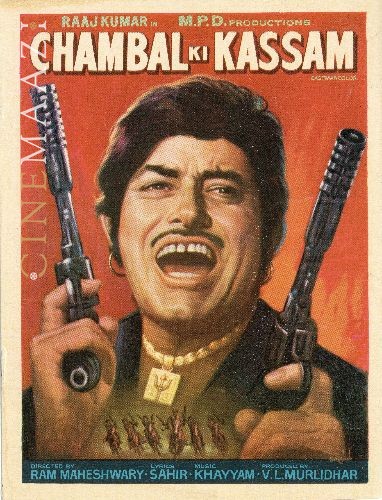 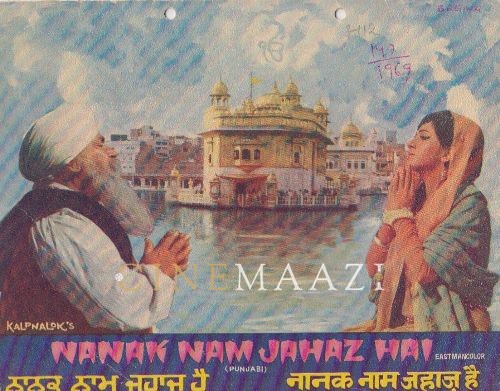 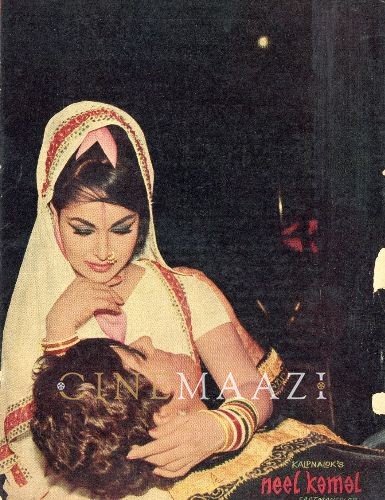