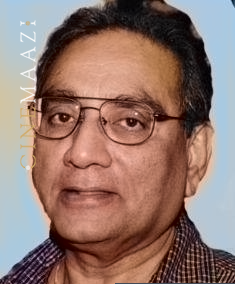 Soon after India’s independence, in the year 1949 there were many attempts to produce a Konkani film but these did not meet with success. Finally, on 24th April 1950, a Konkani film entitled Mogacho Anvddo (Love’s Craving) saw the light of the day. Antonio Lawrence Jerry Braganza, often known by his pseudonym Al Jerry Braganza, is called the father of Konkani films and 24th April which was the day of his film’s release is celebrated as Konkani Film Day. He has been posthumously honoured with a postal cover in the year 2015.

He studied in Portuguese and thereafter completed his English education. In the year 1940 he migrated to Mumbai where he completed his education at Bombay Tutorial College.

He commenced working at IEME Workshop at Colaba, Mumbai. During this period, the Indian film industry was passing through a golden era because several studios had sprung up and that is how he landed a job as a Telephone Operator in the Indian News Parade. He worked as the Chief Controller of Production for Geeta Pictures and Studios where he started to work under Ravindra Vyas - a noted film personality.

While he was promenading along Mumbai’s famous Marine Drive, he observed posters of various English and Hindi films. After watching them, a thought came to his mind - to do a film in Konkani. He conveyed his idea to his mentor and friend L. M. Ratus who gave him his blessings. He immediately set out to the office of The Goa Times, a popular Konkani weekly, to place an advertisement for those who want to make a career in his forthcoming film. But he did not receive any positive feedback. He started searching for a heroine for his first film which landed him at the office of United Artists company which was a distributing company for films. He spotted a young lady who was a telephone operator and offered her the role. Obtaining permission from her parents, he started his preparation for the film. The film’s muharat was held on 31st July 1949 at the hands for Fr. Macario Pereira. The film was presented to the censors on 3rd August 1949 and released on 24th April 1950 simultaneously in Mumbai and Goa.

He had to undergo several travails during the making of the film. The actors were paid on monthly basis and the dialogues had to be recited by the actors themselves. A twenty seven member contingent of musicians led by Joe Perry and D’ Mello helped in the music of the film which was shot at a studio in Chembur, Mumbai. Its outdoor scenes were shot in Goa and Mumbai.

Al Jerry Braganza also had a stint in Shanti Films and also worked for yesteryears comedian Bhagwan. He was an assistant director at Navkala Films. He produced the first Konkani film under the banner of ETICA (Exchange Talkies of India, China and Africa). The film company’s shareholders were mainly Muslims and used to stay in Mumbai’s Jogeshwari area. Jerry himself played the hero’s role and composed and sang the songs. Some delightful shots of Goa viz. Mapusa Church, Calangute beach, Mandovi river, Aguada Tower and Altinho are the highlights of the film.