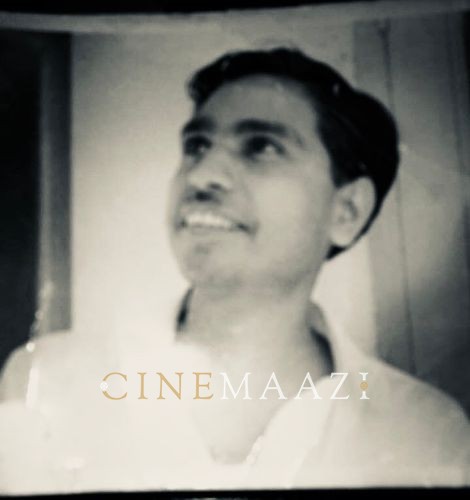 Devi Sharma was born on 19th October 1921 in Meerut, Uttar Pradesh. He was drawn to the glitz and glamour of the industry and the creative work brought to life on the silver screen. A man of principle, he believed that one should always lead life by giving back to others and he led by setting an example for his children and followers. He created opportunities for many newcomers in the industry such as Vishal Anand, Dara Singh, and Shamji Ghanshamji amongst many others on his films.

In 1958, Devi Sharma made his debut as a story and screenwriter with Taxi Stand which starred Chandrashekhar and Anita Guha. He was most active during the 60s and worked on films such as Nache Nagin Baje Been (1960), King Kong (1960), Qawwali Ki Raat (1964), Ganga Ki Lahren (1964), and Gunahon Ka Devta (1967) in varying capacities -as a writer, director and producer. Most of his films were made under the Janta Chitra banner.

Devi Sharma opened the door to several newcomers like Vishal Anand in Hamara Adhikar (1970), he also took risks by scouting talents from unconventional places as in the case of Dara Singh. He spotted the erstwhile wrestler Singh and cast him as a lead in his film King Kong, which turned out to be a stroke of genius. He was also very encouraging of other established talents he worked with such as Kishore Kumar, Dharmendra, Jeetendra, Mumtaz, Rajashri, Radha Saluja and all. In one occasion, Jeetendra shared with an interviewer that he rose to fame after his collaboration with Devi Sharma in Gunahon Ka Devta. Apparently, Sharma provided him with dance lessons under the guidance of choreographer Hiralal and his hardwork paid off. It was Sharma’s faith in Jeetendra’s capabilities, that pushed him to try harder.

Savitri, a renowned actress from Telugu and Tamil cinema was at the peak of her career and was admired by Sharma for her talents. He cast her opposite Dharmendra who was at the cusp of his stardom in his film Ganga Ki Lahren. Apparently, she was pregnant at the time of shooting, but it was Sharma’s genius direction that he shot her scenes in a way that the audience did not realise about her situation on screen.

Devi Sharma had also introduced music composer Shamji Ghanshamji in his films Gaal Gulabi Nain Sharabi (1974). Shamji composed the popular song Hasrato ki duniya which was voiced by Mohammed Rafi. Another famous song from his film Ganga Ki Lahren was Jay jay he jagdambe mata which was sung by Lata Mangeshkar and is still heard during various festivals like the Navratri season in.

In his personal life, Sharma was a devotee of Goddess Durga and built Durga Devi Gol Mandir in his hometown in Meerut. Sharma had his office in Famous Studio in Mahalakshmi, Bombay which overlooked the Bombay Race Course and was a member of the turf club. His love for horses meant he also owned some horses in the club and played his hand in the Bombay Derby race. Apart from that, he had several pets from dogs to birds and fish at home. He was married to Lily Sharma and had three children - Moses Sharma, Aaron Sharma and Rohana Sharma. Sharma passed away at the age of 90 on 30th March, 2010.