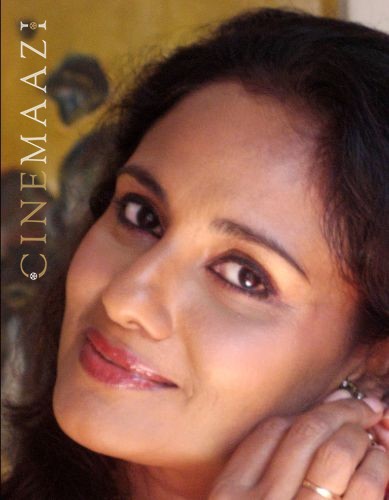 Dr Meenacshi Martins was born at Salvador do Mundo in Goa to Dr. Jose Francisco Martins and Dr. Esmina Gomes who were both freedom fighters. During her father’s exile in prison, he learnt Marathi and Sanskrit from Advocate Pandurang Mulgaonkar. After his release from prison he brought back with him a huge collection of books by William Shakespeare, Acharya Atre and other classics.

Meenacshi Martins is a post graduate in Psychological Medicine from Goa Medical College. Goa Kala Akademi has bestowed her with best actress awards for four Marathi dramas. In the year 1992 she played the lead in a Malayalam film entitled Owrie which was shown at the Kolkata International Film Festival in 1994. She has played roles in TV serials such as Zaban Sambalke, Zameen Asman and Reporter. She has been seen in popular TV serials like Bomkesh Bakshi, Shadi Ya and Rajini. After a hiatus of fourteen years she got a role in the Konkani film O Maria (2010) where she plays the role of Philomena. She has acted in a few Marathi films as well as a small role in a Hollywood production. She acted in the Marathi film Uday (2012). In Calapor (2013) she played the part of Savita, in The Coffin Maker (2013) the role of Stella and Philomena in Jackpot (2013). She played the role of Mrs. Harry D’Souza in A Rainy Day (2014).

She is still active in the film industry and is the Advisory Counsel of Entertainment Society of Goa. She is the President of North Goa’s Prevention of Sexual Harassment of Women at Work and also the Vice President of Bharat Scouts and Guides. She is also active in her psychiatry practice. Recently she has been bestowed with Rang Sanman by Goa Kala Akademi for her contribution to theatre in Goa. She has been an advocate of expanding the market of Konkani cinema.

She is seen enacting the role of an Adivasi woman in Gunaji (2014) and is also seen in Hanv Turn Tum Hanv (2015). She played the pivotal part of Dona Pereira’s mother in the acclaimed Nachom-ia Kumpasar (2014).