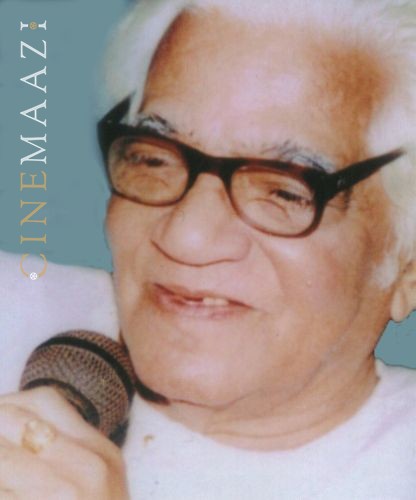 Dr Manohar Sardesai was one of the most eminent poets of the Konkani language. After passing his matriculations he participated in the Quit India movement. He obtained a Master of Arts degree in French and Marathi and stood first class first in Mumbai University.

He travelled to Paris on a French government scholarship. He successfully earned a Doctorate in French language. In 1962 he assumed the presidentship of the 8th Konkani Parishad in Margao. He was selected as the Prince of Poets of Konkani in 1966. He was awarded for his collection of poems entitled Zaio Zuio (Jasmine Flowers) in 1973. He went to Russia on a scholarship and was a Reader in French at Mumbai University from 1979-1985.

His work in Pisollim got him the Sahitya Akademi award in the year 1980. He donned the mantle of Vice President of the Goa Konkani Akademi and was the chief editor of the Konkani Encyclopedia. The French Government honoured him with the title of Chevalier De L’ Ordre Des Palmes Academiques.

His contribution to prose can be seen in Amchi Bhas Amkam Zai (We want our linguo), Xennoi Goembab, Kallo Buklo (Black Cat) and A History of Konkani Literature.

He has also done translations like Devachim Utram (God’s words), Candide, Ailem Amchem Rajio (Our Rule has arrived), Vivekananda, Of the Cause of Lucid Sleep or Study of the Nature of Man.

He edited works are an anthology of modern Konkani poems, Svotontr Goeantli Konknni (Konkani of liberated Goa). He published an English Konkani (Devanagari script) dictionary in the year 2004.

His compositions Sobit Amchem Goem (Beautiful is our Goa) and Fulam Zai (Need Flowers) have been set to music by late Frank Fernand for HMV company. He was the first editor of the Sad magazine published from Mumbai.

He contributed to the Konkani film Jivit Amchem Oxem (Life is this manner). He was the lyricist of all the five songs from the films. The names of the songs are Apoi Mhaka (Call me), Jivit Amchem Oxem (Life is this manner), Ang Mhojem Choi (See my body), Mhojea Monant (In my mind) and Lhara Lharar (On the waves). The songs were composed by Vijay Basker which have been sung by P B Srinivas, S Janaki and Anjali.