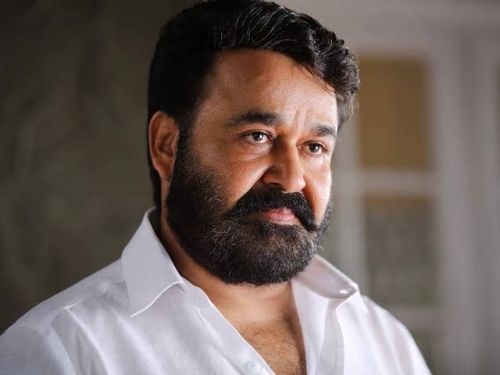 Dubbed ‘The Complete Actor’, Malayalam superstar Mohanlal’s career encompasses more than 340 films, marked by stellar performances and heady superstardom. In the course of a career spanning more than four decades, he has won accolades for a slew of powerful performances in films such as a guilt-ridden doctor in Amruthamgamaya (1987), a mentally disturbed death row convict in Sadayam (1992), a movie star turned Chief Minister in Iruvar (1997), a destitute Kathakali dancer in Vanaprastham (1999), and an Alzheimer’s-stricken man in Thanmathra (2005), to name just a few. His admirable oeuvre has won him numerous accolades and honours including five National Film Awards, nine Kerala State Film Awards and Filmfare Awards South. He has also been honoured with the Padma Shri, and the Padma Bhushan for his contributions to the arts. He showed his acting chops back in 1972 when he won the Best Actor award at Model School, Thiruvananthapuram. Incidentally, he was in class 6, competing against class 10 students. He did not start off playing the good guy. In fact, he played a sadistic youngster in his debut film Manjil Virinja Pookal (1980). Scaling the heights of stardom, he is considered the biggest crowd-pulling Malayali celebrity, topping the CNN-IBN online survey in 2008 as the most popular Keralite ever. Also acting outside the Malayalam film industry in Hindi, Tamil, Telugu and Kannada films, Mohanlal has also produced/ co-produced films, appeared in a few short films, recorded over 31 songs, and also hosted the reality show Bigg Boss on Asianet. Also a producer, and distributor, he is one of the most admired cinematic celebrities, lauded for his versatility and natural acting style.

He was born Mohanlal Viswanathan on 21 May, 1960, in Elanthoor, Pathanamthitta district of Kerala to Santhakumari and Vishwanathan Nair, a lawyer and government employee. With the family moving to Mudavanmugal in Thiruvananthapuram, his maternal home, he schooled at Mudavanmugal LP School, moving later to Model School, Thiruvananthapuram. Here the atmosphere was conducive to honing his acting skills, resulting in him being selected as the best actor of the school in 1972. Interestingly, he won the award beating out the competition from class 10 students; he himself was in class 6 at the time. Graduating from Mahatma Gandhi College, Thiruvananthapuram, he bonded with like-minded college mates who were keen on theatre and films.

He got his first break enacting a comic role in the film Thiranottam (1978), made by his friends’ film group, Bharath Cine Group. The film released in a single theatre, and vanished quickly. His next break came with Manjil Virinja Pookkal (1980), which found success at the box office. Interestingly, Mohanlal played Narendran, a sadistic youngster in the film. Audiences were hooked. It marked the birth of a future superstar.

In the short span of three years, he had already appeared in a whopping 25 films. Playing a variety of characters, he quickly proved his mettle as a performer. His renown grew when he bagged his first Kerala Stage Award for Best Actor for T P Balagopalan MA (1986), a comedy-drama about the lead character who struggles to make ends meet, and his romantic life. He went on to essay an underworld don in the superhit Rajavinte Makan (1986), which saw his popularity zooming.

The 90s saw Mohanlal make an impact in commercial and arthouse films alike. He starred in a slew of films such as His Highness Abdullah (1990), Midhunam (1993), Minnaram (1994) and Manichithrathazhu (1993), and Thazhvaram (1990). His romantic comedy Kilukkam (1991) won him a State Film Award for Best Actor, and is regarded as one of the greatest comedy films in Malayalam. He also produced and starred in the critical and commercial success Bharatham (1991), a modern-day adaptation of the Ramayana from Bharath’s perspective. His performance as a Carnatic singer, burdened by a jealous brother, won him the National Film Award for Best Actor that year, and was also listed among the ‘25 Greatest Acting Performances of Indian cinema’ by Forbes India on the occasion of celebrating 100 years of Indian Cinema. He went on to portray a Bharatanatyam dancer in Kamaladalam (1992), also appearing in the cult classic drama Devaasuram (1993), written by Ranjith and directed by I. V. Sasi. He also starred in his first non-Malayalam film, the Tamil Iruvar (1997), directed by Mani Ratnam. He won his second National Award for Best Actor for his role as a Kathakali artist whose personal life is a tragedy in the Indo-French film Vanaprastham (1999), which was also selected for the competitive section at the Cannes Film Festival. Winning applause for his role as the psychiatrist in Manichitrathazhu (1994), he won his third Kerala State Film Award for Best Actor and fifth Filmfare Award for Best Actor (Malayalam) for Spadikam(1995). He played Thomas "Aadu Thoma" Chacko, a young man who becomes a thug, after failing to meet his father’s high expectations. Starring in Priyadarshan's Kaalapani (1996), an epic film about the prisoners in the Cellular Jail of Port Blair, his Guru (1997) was also chosen as India's official entry to the Oscars and considered for nomination in the category of Best Foreign Film for the year 1997.

The new millennium saw Mohanlal star in Narasimham (2000) in which he played a rogue with a good heart. After it became the highest-grossing Malayalam film, he was typecast in a string of similar action hero roles in films such as Ravanaprabhu (2001), Praja (2001), Onnaman (2002), Thandavam (2002) and Chathurangam (2002), packed with unoriginal plots, and chauvinistic views. Mohanlal appeared in his first Hindi film Company (2002), winning appreciation for his natural performance in the real-life story about two underworld dons controlling Mumbai. Returning to comedic roles, he enjoyed successes like Kilichundan Mampazham (2003), Natturajavu (2004) and Mambazhakkalam (2004). His black comedy Udayananu Tharam (2005) fared well in unexpected places such as Vadodara, Rajkot, Pune and Ahmedabad. The same year, his Thanmathra (2005), depicting the story of an individual suffering from Alzheimer’s, won him his fifth Kerala State Film Award for Best Actor and seventh Filmfare Award for Best Actor for his performance. Essaying an Indian Army officer Major Mahadevan in Kirtichakra (2006), he also acted in the sequels Kurukshetra (2008) and Kandahar (2010). Winning the Kerala State Film Award for Best Actor for his performance in Paradesi (2007), his Hallo (2007) became one of the highest-grossing Malayalam films of the year. Appearing in his second Hindi film Aag (2007), he played the lead role in Twenty:20 (2008) and co-starred with Kamal Haasan in the Tamil film Unnaipol Oruvan (2009).

The next decade saw Mohanlal feature in several films including crime thriller Janakan (2010), Alexander the Great (2010), Oru Naal Varum (2010) which was a social satire about corruption in India, Shikkar (2010) which was a dark revenge thriller, the war film Kandahar (2010), the hit action-drama Christian Brothers (2011), the very successful China Town (2011), Pranayam (2011) which was an off-beat romantic drama about three aged characters, Snehaveedu (2011) which is credited as Mohanlal’s 300th film, and the action-comedy thriller Oru Marubhoomikkadha (2011). The following years have not seen the screen sensation slow down, as he featured in a range of films and roles. If he played a serial womaniser in Casanovva (2012), he was the calm cop investigating a series of murders in Grandmaster (2012). Winning appreciation for Spirit (2012) which focussed on alcoholism in Kerala, his Run Baby Run (2012) was set against the background of the news media, while Karmayodha (2012) dealt with discrimination against women.

Among his key films in subsequent years was the all-time blockbuster of Malayalam cinema, Drishyam (2013), the vigilante thriller Lokpal (2013), the Tamil action-drama Jilla (2014), the Kannada film Mythri (2015) in which he played the revenge seeking DRDO (Defence Research and Development Organisation) scientist Mahadev, the Telugu-Malayalam bilingual Manamantha (2016), Janatha Garage (2016) which became the highest-grossing Telugu film of the year, the Priyadarshan-directed crime-thriller Oppam (2016) in which he played a blind man, the top-grossing action film Pulimurugan (2016), Munthirivallikal Thalirkkumbol (2017), Villain (2017), the fantasy drama Odiyan (2018), and the superhit Lucifer (2019).

Honoured abundantly for his work in cinema, crowned by the Padma Bhushan, he was also conferred with honorary Doctor of Letters by Sree Sankaracharya University of Sanskrit, and University of Calicut in 2018. He was also honoured by the Indian Army which formally inducted him into the Territorial Army as an Honorary Lieutenant Colonel.

On the personal front, Mohanlal is married to Suchitra, daughter of the Tamil film producer K Balaji. Married in 1988, the couple has two children – Pranav Mohanlal and Vismaya Mohanlal. Pranav has acted in a few films, debuting with Onnaman (2001).