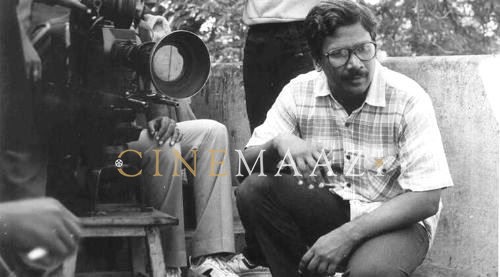 A phenomenally successful director, Mani Ratnam's cinema has played a major role in popularising Tamil cinema nationwide while establishing his idiosyncratic aesthetic. Characterised by breathtaking visuals, spellbinding music (initially from the master Ilaiyaraaja and later his disciple A R Rahman, and underlying humanist and secular narrative themes, Ratnam has delivered some of the most successful Tamil films of the 80s and 90s. After his breakthrough with Mouna Ragam (1986) and Nayakan (1987), he gained nationwide popularity (and notoriety) for his Bombay trilogy. Winner of six National Awards, Ratnam dabbled in both Tamil and Hindi cinema since the 90s, before focusing mostly on Tamil cinema post 2010.

Born on 2 June, 1956, his father S Gopala Ratnam was a film distributor while his uncle was the producer 'Venus' Krishnamurthy. Born in a large family, he would accompany the elders to watch the rushes of films as a child. He said in an interview that his uncle always too the children to a beach and narrated the story of the film he would produce. Though initially uninterested in films he became an active watcher during his stay at the Besant Theosophical School. As a young man he was a fan of Sivaji Ganesan and Nagesh. Equally invested in Tamil and Hollywood cinema as a fan, later K Balachander's films left a deep impact on him. He completed his undergraduate degree from Ramkrishna Mission Vivekananda College and went on to do an MBA from Jamnalal Bajaj Institute of Management Studies in Mumbai. During this time his involvement in films was only as a viewer, and the thought of making a film had not crossed his mind. His first job - as a management consultant in Madras, left him feeling dissatisfied. At this junctire a way out came in the form of his friend Ravi Shankar who was the son of B R Panthulu and was working on a Kannada film Bangarutha Ghani. He started writing a script with Ravi Shankar and Raman (who was the son of S Balachander). They started shooting the film with a makeshift set in Ravi's driveway, with only American Cinematographer magazines as their guide. Soon the movie bug had bitten him and he left his job to devote himself fully to the shoot. This initial attempt at filmmaking was not successful, as the film was never completed. But it gave a young Ratnam the confidence to become a scriptwriter.

Around this time, K Bharathiraja and Mahendran's films left a deep impact on him, particularly 16 Vayathinile (1977) and Uthiripookkal (1979). By 1980 he had started writing his first film Pallavi Anu Pallavi (1983) in English. His friend Raja Krishnamurthy introduced him to Kamal Haasan whom he wanted to play the lead in his film. Kamal Haasan was too busy and hence he tried to contact his three idols - Bharathiraja. K Balachander and Mahendran. Though the meeting with Mahendran was encouraging, it took him a long time to convince someone to produce his film. It was produced with a very low budget in Kannada with Anil Kapoor and Lakshmi in the lead. Dealing with a complex issue of love between a woman and a younger man, the film won the Best Screenplay award at the Karnataka State Film Awards. His next opportunity came in Malayalam cinema with Unaru (1984). But this film failed to attract much attention. His first Tamil film was Pagal Nilavu (1985) offered to him by G Thyagarajan. He first tasted commercial success with Idaya Kovil (1985) which was based on Chaplin's Limelight.

His breakthrough came the next year with the romantic drama Mouna Ragam (1986). Boasting a hugely popular soundtrack by Ilaiyaraaja the film was success in both Tamil Nadu and Andhra Pradesh, garnering him his first National Award and Filmfare Award. While these early films were romantic melodramas, his next film was a complete departure. A more sombre, realistic treatment was seen in his Godfather adaptation Nayakan (1987). Set in the Tamil migrant community in Mumbai's slums, Kamal Haasan's nuanced portrayal of the lead character became legendary. It won three National Awards for Best Film, Best Actor and Best Cinematography and was India's official entry to the Oscars for that year.

Agni Natchathiram (1988) displayed his skill with highly choreographed song sequences. The film was notable for its foot-tapping music and music video inspired aesthetic, marked by the use of dynamic camera movements, soft focus and use of flares and dissolves. At the request of Nagarjuna, he made Geethanjali (1989) in Telugu, with the film featuring similar camera techniques as Agni Natchathiram. Another success, the film fetched him a National Award, a Nandi Award and a Filmfare Award. Anjali (1990) focused on an autistic child played by Baby Shamili. A potent tearjerker, the film was highly acclaimed and was India's official entry to the Oscars. After this it was a return to big budget fare with the Rajnikanth and Mammootty starrer crime film Thalapathi (1991). Ratnam had not worked with Rajnikanth before as he needed a film with a scope to justify Rajnikanth's stature and with Thalapathi he finally found that. The film also marked significant firsts and lasts. It was the first collaboration between Ratnam and cinematographer Santosh Sivan, and the last one between him and Ilaiyaraaja. A diwali release, the film was a huge commercial success.

His next film and arguably his most famous creation, brought him both fame and controversy. Roja (1992) tackled the sensitive issue of Kashmiri separatism and got a nationwide release. It was also music director A R Rahman's debut and his collaborations with Ratnam over the years have attained iconic status. Roja also established the themes of a a beautiful idyllic state ruptured with conflcit and war, which would be repeated in his later films. The film's attempt to tackle the historical conflict in the garb of a romantic drama, invited a great deal of debate but also proved to be immensely popular. Ratnam would go on to make two more controversial films in his Terror trilogy - Bombay (1995) and Dil Se (1998). Bombay, set against the backdrop of the 1992-1993 Mumbai bombings and featuring an inter-religious love story, met with bans in Malaysia and Singapore, while theatres received threats of violence for exhibiting the film. Bombs were thrown at Mani Ratnam's leading to his hospitalisation. The film carried on the assimilatory and secular nationalist tone of Roja. Dil Se starring Shah Rukh Khan and Manisha Koirala was set against militancy in the North East. Though the film was a box office failure, it ahs since become a cult classic primarily due to Rahman's score and Santosh Sivan's breathtaking cinematography. He launched his own production company Aalayam which produced his wide Suhasini's film Indira (1995).

Ratnam continued exploring different genres with films like the comic Thiruda Thiruda (1993) and scripting Ram Gopal Varma's Gaayam (1993). Another milestone film was the star-studded Iruvar (1997), based on the friendship and subsequent rivalry between MGR and Karunanidhi, two of the most important political and cinematic figures in the history of Tamil Nadu. He made Alaipayuthey (2000), a romantic drama which was the debut of future star Madhavan. Kannathil Muthamittal (2002) was set against the backdrop of the Sri Lankan Civil War, centred around the search for an adopted child's biological mother who is a militant. The film was highly acclaimed and carried home six National Awards. Another critical success, Ayutha Ezhuthu (2004) was simultaneously made in Hindi as Yuva with an ensemble star cast. But the Hindi version was not as successful as the Tamil one. Ratnam's next was a semi-biographical take on Dhirubhai Ambani's life in Guru (2007). The film was appreciated and was a commercial success. In 2010, came another ambitious bilingual project Raavanan (called Raavan in Hindi). A spectacularly shot film, it was an attempt to interpret the Ramayana from the perspective of its antagonist Raavan, casting him in a sympathetic light. While an ambitious attempt, the film received mixed reviews and was largely deemed a failure. The Tamil version was received better than the Hindi one. Ratnam's lean patch continued with the box office debacle of Kadal (2013). Since then he has directed films like the small budget O Kadhal Kanmani (2015) which was a commercial success, the prisoner of war film Kaatru Veliyidai (2017) and Chekka Chivantha Vaanam (2019).

Ratnam's distinctive style of filmmaking is carried out by a core team of crew members, with Santosh Sivan as the cinematographer and Suresh Urs and later Sreekar Prasad as the editor. His collaborations with A R Rahman has produced some of ths latter's best work. His use of contrasting sharp and soft focus photography, as well as the scenic vistas he presents, are often highlighted to contrast with the violent circumstances his characters find themselves in.

Other than the bevy of film awards, Ratnam has been the recipient of the Padma Shri in 2002. His films have also won 15 awards in various international film festivals.

He married the actress Suhasini in 1988 and the two have a son together. His production company Madras Talkies is based in Alwarpet. His elder G Venkateswaran would also become a film distributor and later turn producer with Mouna Ragam. His younger brother G Srinivasan runs the Madras Talkies company with him.

The veteran director is still active in filmmaking and is working on his next film titled Ponniyin Selvan.