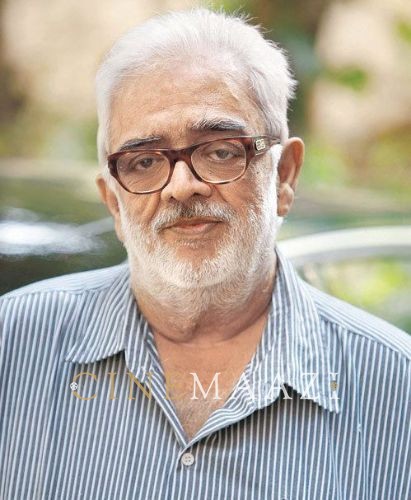 Son of veteran film director H.S. Rawail, Rahul Rawail was born on 4 April 1951. He started his film journey as an assistant director to Raj Kapoor in R.K. Films.
Rahul Rawail made his directorial debut with Gunahgaar (1980) starring Parveen Babi, Rishi Kapoor, Rajendra Kumar and Asha Parekh. This was followed by Biwi O Biwi (1981). His career took off with the romantic drama Love Story (1981), the debut vehicle for Kumar Gaurav and Vijeta Pandit. Though the film became a smash hit, Rahul Rawail withdrew his name from the credits following an argument with the film’s producer, Rajendra Kumar.
Renowned actor Dharmendra asked Rahul Rawail to launch his son Sunny Deol in Betaab (1983), a film which also marked the debut of Amrita Singh and Annu Kapoor. Sunny Deol and Rahul Rawail went on to collaborate in six other films, namely Arjun (1985), Samundar (1986), Dacait (1987), Yodha (1991), Arjun Pandit (1997) and Jo Bole So Nihaal (2005).
Rahul Rawail introduced many newcomers, including musicians, singers and lyricists as well as actors, to films. Noted actor Paresh Rawal made his debut with Arjun. With Bekhudi (1992) and Aur Pyar Ho Gaya (1997), Rawail also launched the careers of two of the most successful actresses of their time, Kajol and Aishwarya Rai.
Rawail experimented with various themes in his films. Biwi-O-Biwi was an out-an-out comedy based on the Archie comics and suitably Indianized. He also made two romantic dramas, Love Story and Betaab. With Arjun, he made the transition to action/social themes, as the titular character, a young educated and unemployed man, fights against a corrupt system. Dacait chronicles a simple boy’s transformation into a dacoit given the oppression of the feudal system, a theme that he repeats in Jeevan Ek Sanghursh (1990), starring Anil Kapoor and Madhuri Dixit.
In 2010, Rawail in collaboration with Stella Adler Studio of Acting, New York, started his own acting school. Sadly, the academy was shut down after two years. Apart from films, he has also made TV serials like Dharam Yuddh (1988) and Honi Anhoni (2006-2007).