Born into a family of lawyers in Jhansi, Sashadhar Mukherjee moved to Bombay in 1934.  Disagreeing with his father about his choice of future profession, he left home to try his luck in Bombay. A meeting with Himanshu Rai led to his being employed as an assistant sound engineer in Bombay Talkies Studios, an institution he became an integral part of.  Sharing a close bond with both Rai and his wife, Devika Rani, it was perhaps not surprising that Rai turned to him when Devika Rani had eloped with her co-star, Najam-ul-Hassan. Sashadhar went to Calcutta and convinced Devika Rani to return and negotiate terms of her separation from her husband. When Devika Rani returned to complete Jeevan Naiya (1936), Sashadhar’s brother-in-law, then a lab assistant with Bombay Talkies, was asked to act opposite her. This turned out to be a successful gamble, and the lab assistant, Ashok Kumar, went on to star in many hit movies of Bombay Talkies.

When Himanshu Rai passed away in 1940, Sashadhar Mukherjee played an important role in helping Devika Rani run Bombay Talkies. He wrote and directed the Ashok Kumar-Leela Chitnis starrer Bandhan (1940), which became the first jubilee hit of the banner. This decade saw many more such blockbusters in which Sashadhar Mukherjee had a key role to play, including Naya Sansar (1941), Jhoola (1941) and Kismet (1943). While Kismet made cinematic history, becoming the first movie to run for three years continuously, it was also during this time that Sashadhar Mukherjee, now a producer with Bombay Talkies Studio, was involved in a conflict regarding ownership with Devika Rani.

In the 1950s, following some differences, he branched out to set up Filmalaya. Filmalaya churned out superbly successful movies like Dil Deke Dekho (1959), Love In Simla (1960), Ek Musafir Ek Hasina (1962) and Sambandh (1969). The production house also doubled up as an acting school, training actors of repute like Asha Parekh, Sadhana, Joy Mukherjee and Sanjeev Kumar.

His legacy was continued by three of his sons who entered films – the heartthrob Joy Mukherjee, Deb Mukherjee and Shomu Mukherjee. His grandchildren Kajol, Tanisha, Ayan Mukherjee and Sharbani Mukherjee are also associated with films. 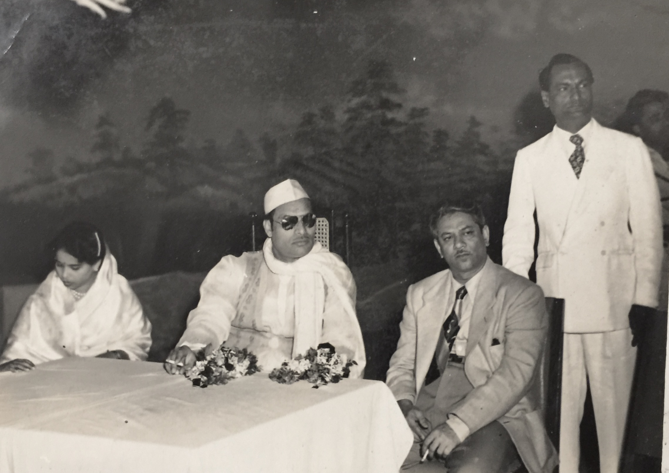