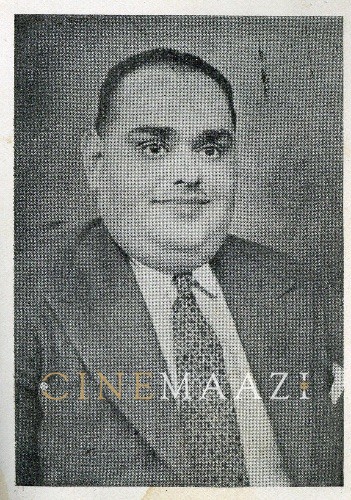 Controlling the two of the biggest brands of India, Jagat should be regarded as the leading-most distributor of India. New Theatres is undoubtedly the best and with the new spirit and overhaul in the Ranjit Studio, the warrior brand also is beginning to return to its own again. Ranjit always is known for its speed and New Theatres with their promise of 'six' a year have now begun to keep the office of the Jagat Talkies extremely busy.

Since last September they have released as many as half a dozen pictures, Dharti Mata (1938), Street Singer (1938), and Dushman (1939) of New Theatres and The Cat (1938), Secretary (1938) and Thokar (1939) of Ranjit, not counting the little in between like Raj Kumari of Krishin and Repentance. And yet they have Sant Tulsidas (1938), Professor Waman M.Sc. (1938), Bazigar (1938) lying at their hands. Finding difficulty in getting easy dates in Delhi, he had to take two Cinema houses, Novelty and Jagat. now the most popular houses in Delhi. This little business incident has become a blessing to his exhibitors, for being an exhibitor himself he can realize the obligations of his exhibitors better than he hitherto could. The next ambitious picture from Jagat Talkies is the very eagerly awaited Ranjit's Punjabi triumph in Mirza Sahiban (1939). It is now running at Prabhat and Novelty in Lahore and at Rialto in Amritsar, The reports from Bombay and the news in Lahore speak very highly of the picture. The other day Mr. M. R. Kapur, the famous scenarist, and dialogue-writer were praising the homely dialogue and the bubbling humour of the picture. Sahiban's father played by Bhag Singh will be a typically Punjabi whimsical old man who by this hoodle noodle provides many a sequence of rare entertainment.

Seth Jagat Narain, besides being a very clever business head is a very interesting man. With a heart as big as his body, his always accommodating in his dealings; no wonder that his relations with his exhibitors are very cordial and friendly. He is one of the few distributors who have maintained a steady relationship with their principles. Both the New Theatres and the Ranjit are more than satisfied with him and his business.

He has been never known to give an intentional offense to anybody and keeps both the press and the exhibitors dearly attached to his concern; to himself, of course, they always are. And it is in the fitness of things that Mr. Jagat Narain has been elected President of the Northern India Film Distributors Association. He fully deserves the honour, and we are sure that his tenure of office will prove beneficial to his brother distributors in particular and the entire film industry in general.