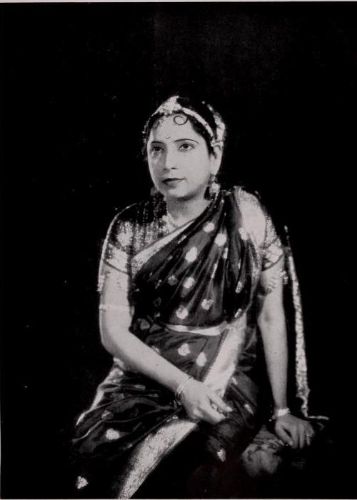 T.P. Rajalakshmi was the first woman to earn the honorific title of ‘Cinema Rani’. She was also the first woman to wear so many hats - the first actress, the first woman director, producer, script and dialogue writer of Tamil cinema. She is known as an extraordinary young Brahmin girl who dared to become a stage artiste, defying, and breaching the confines of the conservative community into which she was born.

Rajalakshmi was born in November 1911 to Panchapakesa Sastri, the karnam of Saliyamangalam village in Thiruvaiyaru, Tamil Nadu. She studied up to the fifth standard. At the age of eight, she was married off. The marriage broke and Rajalakshmi soon returned to her parents.

She had a good voice and an amazing ability to sing any song she heard. She joined K.S. Chellapa’s Drama Company at a remuneration of Rs.30 per month, against the wishes of her family. Her entry into the theatre, then an all-male entertainment industry, was something of a revolution, considering her social background.  The family was ostracized but nothing stopped her. Breaking the patriarchal establishment of defined roles for women, Rajalakshmi surged forward. After some time, she switched to K.P. Moideen Sahib’s troupe where she remained for three years before moving to the famous Cunniah Company. She played the lead role in all their productions and even travelled to Rangoon to perform. People used to watch her act and throw gold rings and chains to cheer her. She would collect it all and give it to the family.

Rajalakshmi joined A. Narayanan’s General Picture Corporation and debuted in the silent film Kovalan in 1929. She moved to the Associated Film Company where she starred in Usha Sundari (1930) and Rajeswari (1931), playing the lead in the latter, opposite Raja Sandow.

On the recommendation of K. Subramaniam, the Imperial Film Company starred her in Kalidas (1931). Kalidas had around 50 songs in Tamil and Telugu including compositions of Saint Thyagaraja, the Carnatic classical music icon. Rajalakshmi sang two devotional songs in the film, two patriotic songs, and performed a Kurathi folk dance. Her song Manmada baanamadaa became very popular among young women. The film was a big hit and the screening of Kalidas was born a cultural colossus in the world of Tamil cinema.

Her next films were Ramayan (1932) and Sathyavan Savithri (1933). But it was S. Vincent’s Valli Thirumanam (1933) that catapulted Rajalakshmi to stardom and earned her the sobriquet of ‘Cinema Rani’. When the film was released, a reel was lost. Nevertheless, the film ran to house full shows. Later, the missing reel was found and advertised in the newspapers. Those who had already watched the film went a second time, to watch the scenes they had missed!

Rajalakshmi stayed in Calcutta to make several films such as Kovalan (1933), Draupadi Vastrapaharanam (1935), Harichandra (1932), Gule-Bakavali (1935) and Lalithangi (1935). Although she was not considered conventionally good-looking, Rajalakshmi exuded a magnetic screen presence.

On her return, she set up Sri Rajam Talkies and became the first woman producer and director in South Indian cinema, and the second in Indian cinema after Fatima Begum. A pioneer of different genres of filmmaking, she made Miss Kamala (1936) and Miss Malini, which she also edited and Madurai Veeran (1939).

Being a proud nationalist, Rajalakshmi was associated with the freedom movement and the Indian National Congress. Deeply inspired by Mahatma Gandhi, she produced a film, Indhiya Thaai, a title she had to change to Indhiya Thaai (1940) on the dictates of the British Indian censors. The film proved to be a failure but undeterred, she carried on.

Despite the glamour and success, Rajalakshmi refused to compromise on the virtues of dignity and grace she espoused. During the filming of A.V. Meyyapan’s Nandakumar (1935), with T.R. Mahalingam playing young Krishna, Rajalakshmi, in her role as Yashodha, refused to wear the costume designed for her because it was not in keeping with her sense of sobriety; she stood her ground and wore what she was comfortable in.

She married her co-star, T.V. Sundaram. Strongly protesting against social ills like child marriage and female infanticide, Rajalakshmi even adopted a girl child in a bid to provide her with a secure future.

As Rajalakshmi grew older, she switched to essaying the roles of a mother in films, albeit selectively. In Jeeva Jyothi (1947), she played a dignified Brahmin mother. In Joseph Thaliath’s hit costume movie Idaya Geetham (1950), she played the queen mother.

Rajalakshmi will be remembered not only for scaling the pinnacle of glory in South Indian filmdom but also for her indomitable courage and maintaining her respectability. The street where Rajalakshmi lived was renamed as Rajarathinam Street.

She was awarded the Kalaimamani in 1961.

Rajalakshmi passed away on 20th August 1964. 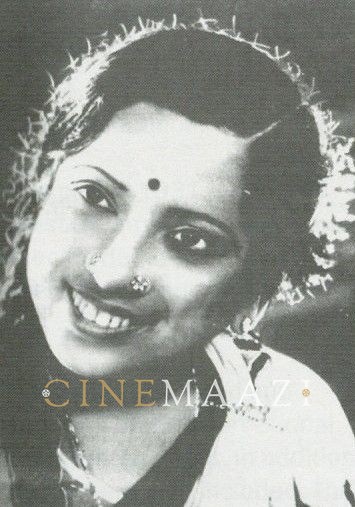