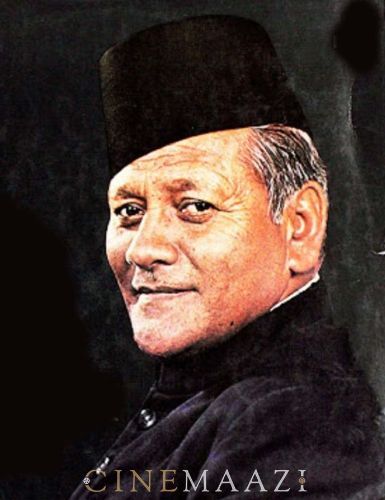 Bharat Ratna and ‘Czar of the Shehnai’, Ustad Bismillah Khan played the shehnai, which was primarily a traditional folk instrument, with such brilliance that he became a leading Indian classical music artist, and also raised the shehnai’s status to one worthy of concert stature. Born into a family of court musicians in Bihar, he started off accompanying his uncle in playing the shehnai at Hindu religious functions, as well as weddings. Learning various ragas and improvising with patterns, he won attention with his concert performance at the All-India Music Conference in Calcutta in 1937. It was the start of a lifetime of concerts, performances, and recordings. Selected to perform at the Red Fort on the occasion of India’s Independence on 15 August, 1947, his popularity also grew in the West. A devout Muslim, he performed at both Hindu and Muslim ceremonies and was thus considered a symbol of religious harmony. In his association with films, he played the shehnai for Rajkumar's role in the Kannada blockbuster Sanaadi Appanna (1977), and also acted in Satyajit Ray’s Jalsaghar (1958), also playing the shehnai for Vijay Bhatt's Goonj Uthi Shehnai (1959). Known to have lived an austere life, the only material object that mattered to him was his shehnai, which he lovingly called ‘begum’ after the passing of his wife. His name is indelibly linked with that of the woodwind instrument.

He was born Qamruddin Khan on 21 March, 1916, in Dumraon, Bihar and Orissa province, British India, into a family of court musicians. Legend has it that he was named Qamruddin to rhyme with his elder brother's name Shamsuddin. However, upon seeing the new born, his grandfather Rasool Baksh Khan, also a shehnai player, apparently exclaimed "Bismillah", or "In the name of Allah". Thereafter, he came to be known by this name. At age six, he moved to Varanasi to be apprenticed to his maternal uncle, Ali Bux 'Vilayatu' Khan, a shehnai player attached to the Kashi Vishwanath Temple, a famous Hindu temple. Here, he would accompany his uncle in playing at ceremonies for Hindu deities as well as at weddings. He went on to learn several musical forms and ragas, also improvising patterns that had previously been considered impossible for the shehnai. At the age of 14 Bismillah accompanied his uncle to the Allahabad music conference. Performing at his concert at the All-India Music Conference in Calcutta in 1937, he earned public respect. It was hereafter that the shehnai, traditionally used only in ceremonial capacity, came to be seen as a classical music instrument. It was the start of decades of concerts, radio performances and recordings by the maestro.

Such was his fame, that Ustad Bismillah Khan was selected to perform for the historic ceremony at Delhi’s Red Fort as the Indian flag unfurled at the hour of India’s independence on August 15, 1947. In the years that followed, his music continued to be played on television every Independence Day. Gaining a following in the West, he went on to appear in concerts in Europe and North America. He participated in World Exposition in Montreal, Cannes Art Festival, and Osaka Trade Fair.

In his brief association with films, Ustad Bismillah Khan played the shehnai for superstar Dr Rajkumar's role of Appanna in the Vikram Srinivas-directed Kannada film, Sanaadi Appanna (1977). Loosely based on the life of Bagalkot shehnai player Appanna (1876-1945), the film became a blockbuster. Khan had spent nine days at the Prasad Studios in Chennai along with his troupe, consisting of 10 members. He had decided to work on the film as its lead character, played by Dr Rajkumar, was a rural shehnai artiste. Khan also acted in the Satyajit Ray-directed Jalsaghar, which depicts the end days of a decadent zamindar (landlord) in Bengal and his efforts to uphold his family prestige while facing economic adversity. The film went on to win the Presidential Award for Best Film, and boosted Ray's international reputation as a director. Khan also provided the sound of the shehnai in Vijay Bhatt's Goonj Uthi Shehnai (1959), which narrates the story of a shehnai player. Noted director Goutam Ghose directed Sange Meel Se Mulaqat, a documentary about the life of Khan in 1989. The film features the maestro himself and gives a fair idea about his growth from a young shehnai player to one of India’s best.

Holding honorary doctorates from Banaras Hindu University, Varanasi, and Visva Bharati University, Santiniketan, Ustad Bismillah Khan was awarded the Bharat Ratna, India’s highest civilian honour, in 2001; he was the third classical musician after M. S. Subbalakshmi and Ravi Shankar to receive this honour. Other awards he had been honoured with include Fellow of Sangeet Natak Akademi (1994), Tahar Mausique from Republic of Iran (1992), Padma Vibhushan (1980), Padma Bhushan (1968), Padma Shri (1961), Sangeet Natak Akademi Award (1956), Tansen Award by Govt. of Madhya Pradesh, and three medals at the All India Music Conference, Calcutta (1937). In the film, Eric Clapton: Life in 12 Bars, Clapton mentioned Ustad Bismillah Khan as a musical influence. The renowned international musician shared that he tried to use his guitar to imitate the music of Khan's shehnai.

On the personal front, Ustad Bismillah had entered into an arranged marriage with a cousin in 1932, at the age of 16.

Ustad Bismillah Khan passed away on 21 August, 2006. The country observed a national day of mourning following his death. He was buried at Fatemaan burial ground of old Varanasi with a 21-gun salute from the Indian Army. He was survived by five daughters, three sons, grandchildren and great-grandchildren. In his honour, India Post issued commemorative postage stamps of ₹5.00 denomination on 21 August, 2008. Sangeet Natak Akademi, New Delhi, instituted the Ustad Bismillah Khan Yuva Puraskar in 2007, in his honour, given to young artists in the field of music, theatre and dance. 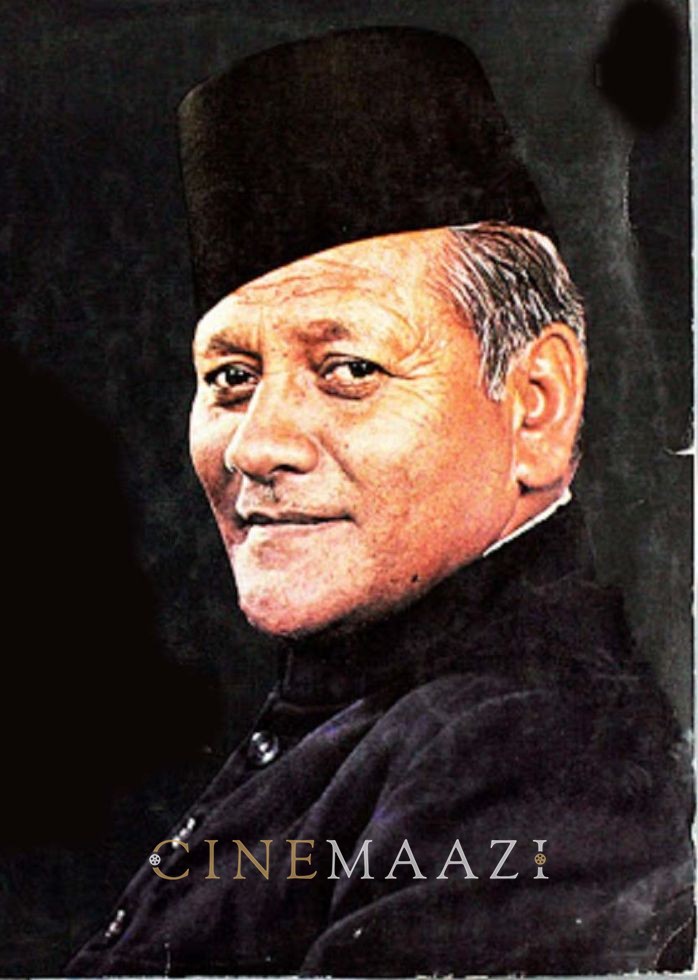 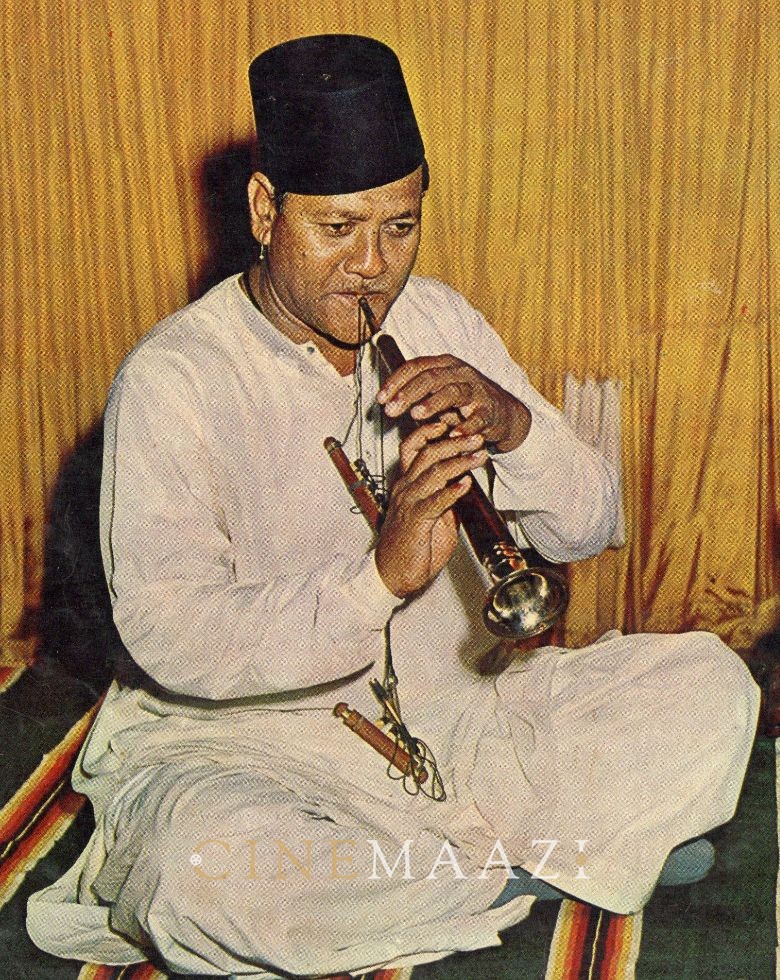