Gaman: Getting lost in the big city 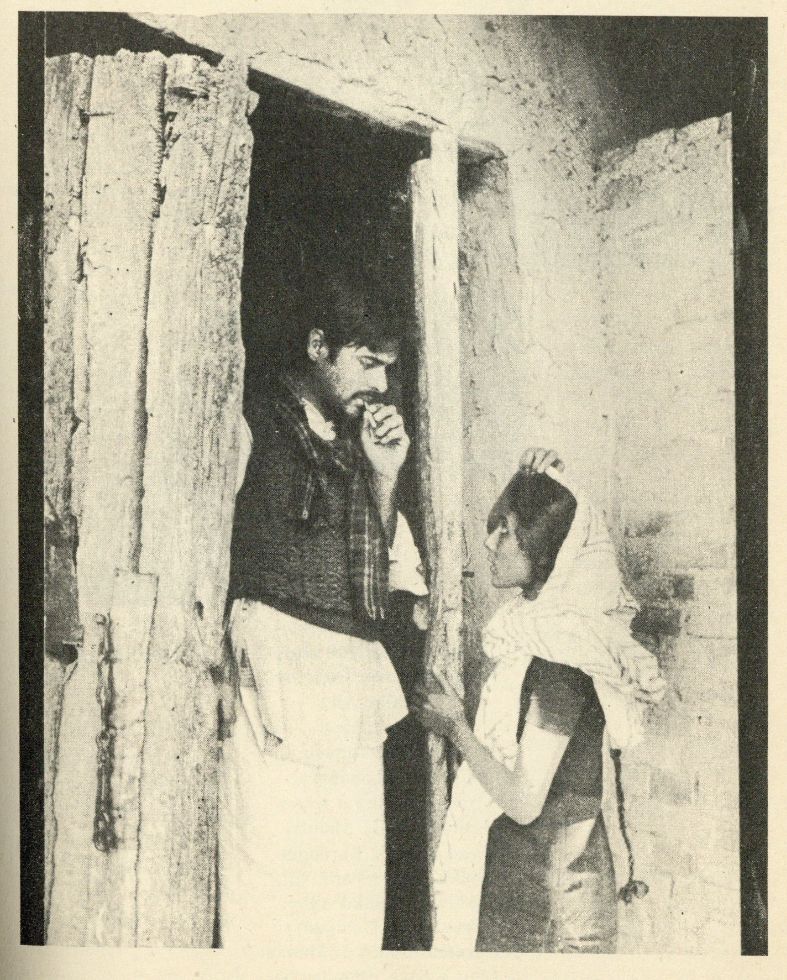 A new tribe is born in our country. The tribe of the dispossessed, consisting of people with a new non-culture all their own. The numbers of this tribe are swelling in an alarming manner. Every-day, millions of villagers having no control over their circumstances, flock to the big cities, dreaming of lucrative jobs and bright futures. They soon get swallowed in the mire and are lost to their homes and themselves forever.

In Gaman (1978), Bombay is the city of no return. A cave with footprint’s pointing only inwards. The footprints, in this case, belong to Ghulam Hasan, a poor lad from Kotwara, a village in U.P. Ghulam Hasan has no education, no land and is without hope. Like countless others before him, he hears the call of the city, and sets out, for better or for worse. 'For worse', is what the film sets out to depict, in an effective and direct manner.

Muzaffar Ali begins the narrative in the tranquil, picturesque village of Kotwara. The peace and sense of well-being of a village until the landlord inevitably intrudes is beautifully captured, making the later city scenes all the more grim and oppressive. Especially lyrical is the morning scene between Ghulam Hasan and his bride, when she comes to wake him up with a cup of tea. This scene is sheer poetry. When Ghulam has to leave home, there are no tearful farewells. The tragedy of their separation is therefore all the more poignant and heart-rending. When Ghulam Hasan, now a cabbie, plies his taxi along roads leading nowhere, memories of his wife keep flooding his mind. The images are vivid.


Muzaffar Ali has a potent contemporary message to deliver and he does it with conviction. He gets admirable support from his cast especially Farooque Shaikh, Smita Patil and Jalal Agha. Farooque acts with feeling and restraint and his self-effacement brings a rare distinction to the portrayal of Ghulam Hasan- a faceless man in a crowd. Smita in a small role achieves a lot with a mere sigh or a smile, and rings true as the woman left behind, pining for her man. The scenes with the Marathi family jar. Geeta Kak is nowhere close to the tragic working-class girl torn between her love and her family. She looks too prosperous and is too well made-up. Arvind Deshpande has been relegated to the background, otherwise, the role of an ex-cabbie gone to seed could have been a memorable characterisation.

Bombay, the main performer in Gaman, is remarkably shown and Muzaffar has managed to draw out different facets of its personality. The unique indifference, the hectic pace, the bawdy humour, the hopelessness of life Muzaffar has portrayed a lot within two short hours.

At the end of the film, Ghulam Hasan is behind the frill gate of V.T. station, staring wistfully at the trains chugging in and out of the stations. We leave him there, inevitably rooted to his own destiny and we leave a part of our hearts behind with him, and with the millions of Ghulams all over the country.

This article was originally published in Indian Cinema 1978-79 issue. Images used are taken from the original article.
377 views