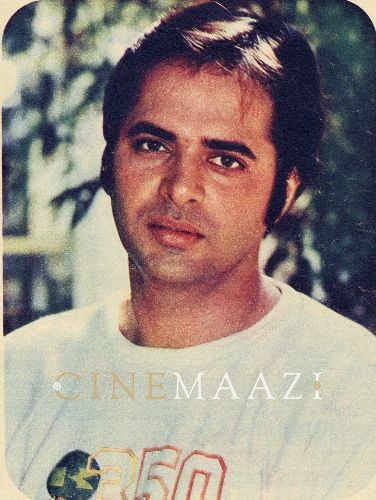 “Farooque Shaikh essayed agonizing heartbreak and light-hearted comedy with equal ease. Beyond the silver screen, Shaikh was integral to Indian theatre, and his epistolary play, Tumhari Amrita with Shabana Azmi delighted audiences for over two decades." With these words accompanying a special doodle, did Google commemorate Farooq Shaikh’s 70th birth anniversary. Shaikh is memorable for his natural and nuanced acting style, and his boy-next-door charm, which marked him as a poster boy of meaningful cinema. With his talent best embodied in films such as Chashme Buddoor (1981), Umrao Jaan (1981), Bazaar (1982) and, Katha (1983), to name a few, Shaikh was one of the key faces of the Parallel Cinema movement in India. Working with directors like Satyajit Ray, Sai Paranjpye, Muzaffar Ali, Hrishikesh Mukherjee and Ketan Mehta, he also enjoyed a successful career in theatre and television, being part of the long-running play Tumhari Amrita with Shabana Azmi, as well as presenting the TV show Jeena Isi Ka Naam Hai (Season 1). Among the awards he won are the National Film Award for Best Supporting Actor for Lahore (2010), the ITA Award for Best Actor – Comedy for Ji Mantriji (2001), and the ITA Award for Best Anchor for Jeena Isi Ka Naam Hai (2003). However, he did have a few regrets… In an interview in 2002 with the Times of India, he shared, "I have never been commercially viable: People recognise me, smile and wave at me — but I have never received marriage proposals written in blood. In his heyday in 70s and 80s, when Rajesh Khanna drove down a street, the traffic stopped — I don't mind not receiving this kind of adulation. But I do miss not having been able to command the kind of work I wanted which Khanna could always do. I miss not being 100 per cent commercially viable like him."

Shaikh was born into a zamindar family in 1948 in Amroli village, Vadodara, Gujarat. He was the eldest of five children born to a lawyer father Mustafa Shaikh and mother Farida. He grew up in Nagpada, Bombay, where the family had moved. Attending St Mary's School, he graduated from St. Xavier's College, Bombay, and went on to pursue law studies at Siddharth College of Law, Bombay, as his father had a successful law practice. However, he was unable to find resonance with the profession, and was instead inspired by acting.

Two filmmakers can be said to have given Shaikh his due: Muzaffar Ali and Sai Paranjpye. Ali worked with him in Gaman, Umraon Jaan and Anjuman (1986), drawing out a fine performance from Shaikh as the migrant taxi driver in Gaman who yearns to return to his village but can never save up sufficient money, as well as the nawab who loves the courtesan in Umrao Jaan but doesn't have the courage to marry her. Similarly, Shaikh had two of his most memorable performances in Paranjpye’s Chashme Buddoor and Katha, playing the nerdy college student who ends up winning the heart of the girl-next-door in the former, and the crafty, suave wordsmith in Katha, with tones of grey.

Shaikh paired successfully with both Deepti Naval and Shabana Azmi onscreen. While he starred opposite Azmi in Sagar Sarhadi's Lorie (1984), Kalpana Lajmi's Ek Pal (1986), Muzaffar Ali's Anjuman and in the play Tumhari Amrita, he and Naval were cast opposite each other in 9 films, including Chashme Buddoor, Katha, Saath Saath, Kissi Se Na Kehna, Rang Birangi, Ek Baar Chale Aao, Faasle, Tell Me Oh Khuda (2011), and Listen... Amaya (2013). They also comprised the lead pair in an episode of the teleserial Kahkashan.

Shaikh’s career moved notches higher after the resounding success of Noorie (1979); however, after the mid-80s, good offers did not come by frequently. While Shaikh acted in fewer films in the 90s, he was in fine fettle in the new millennium, acting in Saas Bahu Aur Sensex (2008), Lahore (2009) for which he was honoured with the 2010 National Film Award for Best Supporting Actor, Yeh Jawaani Hai Deewani (2013), Listen Amaya in which he played an aging man in love, and Club 60 (2013) in which he essayed a father trying to rediscover life after loss. His performances showed how the actor had only improved with age. In the super-hit Yeh Jawaani Hai Deewani, for instance, he poignantly played the leading man Ranbir Kapoor's father, who loves his son so much that he lets him pursue his dream even as his own heart breaks. Despite its brevity, it underlined Shaikh’s enormous capacity to move audiences. Shaikh’s Youngistan (2014) and Children of War (2014) released after his demise.

Exploring television in the late 90s, he played the title role in an episode dedicated to the poet and freedom fighter Hasrat Mohani in the TV series Kahkashan (1988). He also featured in the popular TV serial on Doordarshan; Shrikant, which was an adaptation of Sarat Chandra Chattopadhyay's novel. His other TV projects include Aahaa, Chamatkar, Ji Mantriji which was an adaptation of Yes, Minister, and a cameo in Do Dil Ek Jaan. He drew widespread admiration for his warm and witty hosting of the TV show Jeena Issi Ka Naam Hai, wherein he interviewed film stars and celebrities.

Shaikh had compered the Binny Double or Quit Quiz contest telecast on Vividh Bharati. He also performed in the long-running Feroz Abbas Khan play Tumhari Amrita opposite Shabana Azmi, as well as the sequel titled Aapki Soniya, with Sonali Bendre. He also directed Aazar Ka Khwab, an adaptation of Bernard Shaw's Pygmalion in 2004.

Shaikh was also actively involved with the UNICEF polio eradication programme, as well as with providing aid to families affected by the 26/11 bomb blasts.

On the personal front, he was married to Roopa, whom he had met at St Xavier’s College, both of them being active in theatre. The couple has two daughters, Shaaista and Sanaa.

Farooq Shaikh passed away due to a heart attack on 28 December, 2013 in Dubai, while on holiday with his family.