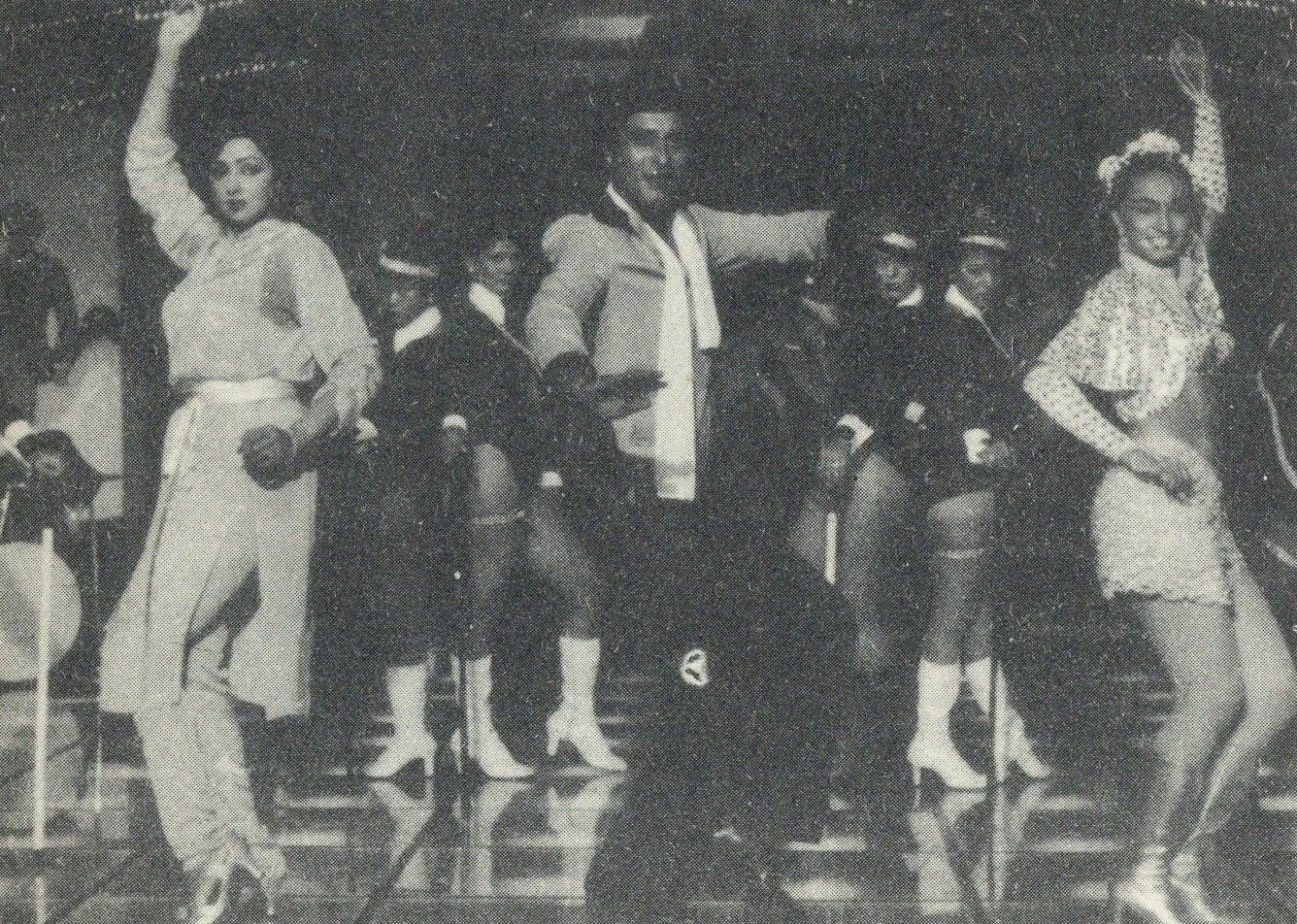 "Hai, I love Amitabh Bachchan more than anyone in the world! If anything ever happens to him, I will stop seeing films..."

"Isn't Zeenie Baby fabulous? She's my Dream Girl. I've instructed my girlfriend to start initiating her. That way, I can at least get her by proxy, yaar"

It can go on and on.

It was Edison who started this mania in 1896, when he first lit up the screen with moving pictures. Ever since, we've never really been the same. Hollywood the celluloid capital of the most spectacular dream factory on earth, put it on a trapeze, injected technological improvements and made it swing out fantasies, fleshed by a galaxy of stunning stars who paralysed the senses. Here, even if light years away in technological expertise, the infant medium's high novelty and devastating potential, roared home. On cue, a whole Film Industry sprouted, unleashing an avalanche of movies! Mythologicals, romance, adventure, classics-they made them all to delight, move, mesmerise, captivate, entertain, instruct, inform and even influence millions.

And today, if anything, it has increased a millionfold.

What makes movies in India- especially the Bombay Commercial - such a universal phenomenal draw? Why is it today almost a sub-culture, effortlessly wiping out in competition, every other performing art? What brand of magic does it weave to transform normal, sane and literate adults into a bunch of hysterical fans? What kind of clout does it enjoy to push film stars into political power? What makes Indian so movie-mad?

First things first. In a country of 700 million, with over 50% toeing the "Bread Line", movies offer the only legitimate form of innocent, economic, uncomplicated and easily available entertainment - as opposed to theatre, melas, circus, art functions, cockfighting, races etc. - every single day of the year. Not just voices or pictures, movies present the best of audio-video together to unfold a unique world of tragedy and comedy, song and dance, war and peace, sex and titillation set in exotic locales and played out by the most beautiful creatures on earth. Besides, what competition do movies have? And what choice, the people? Radio in India started out by pompously announcing that it would have nothing to do with "cheap" film music. Suddenly to their horror, they found the sales of radio-sets nose-diving in the market. Swift rethinking on the part of A.I.R. (All India Radio) along with the "transistor-boom" that followed, has today given this little instrument a tremendous fillip and converted radio-time into significant ancillary of the film industry. T.V. too, follows a similar route. Everyone knows only too well, what its plight would be, if it ever planned to eliminate its Sunday evening feature film, Saturday evening regional film or its twice-a-week film songs programmes. Indeed, it would not be totally inaccurate to state that both radio and T.V. in India have sold out to the movie industry. And as for the magazines, their boom can well explain why they are "compulsory-reading" on every movie-maniac's list! To the economically deprived and entertainment starved millions of India, eternally locked in silent fruitless combat with their arrogant and corrupt bosses and paper-thin pay packets, movies come as the Great Healer. They magnify their load into an epic of good against evil; transform the seemingly small and limited affairs of their life into a romantic series of adventures. They instill hope and suggest that life is neither without meaning nor magic; that even amidst routine grind, if they search hard enough, heroism does exist. On another plane, it takes them to the candy-floss utopia of the affluent; turns on their imagination about how much wealth and power can be amassed by one single individual; of how these made-of-money creatures with every conceivable comfort on earth at their fingertips, in moments of love and weakness, anger or humiliation, joy or pain, can be just as silly as any one of them. How reassuring!


From the psychological standpoint, movies can be interpreted as "a collective fantasy or Group Daydream", according to psychoanalyst Sudhir Kakar, "for they contain unconscious material and hidden wishes of a vast number of people in the audience." These daydreams are seldom idiosyncratic and intuitively appeal to those concerns of the audience which are shared. "Like other high fantasy products such as fairy tales and adult daydreams," continues Kakar, "films emphasize the central features of the fantasy-the fulfillment of wishes, the humbling of competitors and destruction of enemies. The stereotyped twists and turns of a film plot along with oversimplification of details ensure that repetition of the very message that makes a fairy tale so deeply satisfying to kids." The intention, always, is simple. In the anonymity of velvet darkness, with the golden path of fantasia wide open, films appeal to the child within us, arouse quick sympathies and antipathies and thus encourage the identification that helps us savour our fantasies even more fully.
Viewed as sheer entertainment for the masses, what better value for money? Uncomplicated, convenient and easily available with a vast variety to choose from, movies provide the mercantile executive and factory worker, businessman and student, the "great escape" they long for; the mental holiday without trespass. The bravado of Amitabh Bachchan, the gyrations of Kalpana Iyer, the villainy of Amjad Khan, the sex appeal of Zeenat Aman, the antics of Asrani, the tears of Nirupa Roy, the impishness of Farida Jalal - all created, designed and packaged to provide three hours of readymade bliss, without the need for initiation or basic training necessary for the appreciation of say, music or dance. Wow - what a combination! Cutting across the barriers of illiteracy, caste and creed, movies today are not a cult but a near-religion. The cinema theatres are nothing less than temples of worship, and the stars nothing less than Gods. It is this mania that shapes the "Durga" image in Calcutta, each Puja time, close to the most popular actress of the day; whips up the kid of mass-hysteria over Superstar Amitabh's recent accident, seldom matched in public memory; pushes its leading stars into Chief Ministers of their states - as in the South. The common man's new mythology, movies in India, cater to the emotional needs of the biggest cinema audience in the world, not only in cities but also in remote villages where the modern-day "jatra" of the cinema is projected for spell-bound viewers onto a makeshift screen from the back of an iterant truck.

Yes, we Indians are movie-mad-for the same reason the West was once movie-crazy. In times of social and economic depression, the star system takes on an exalted role, fulfilling as it were, a sudden and dramatic need in peoples' lives, a need to provide hope through identification. The end product may not be socially significant, but the man in the street will always take his lead from his hero on the screen. The reason, dear friend, lies in our stars, and the magic firmament they dwell in. For behind the public's insatiable desire to identify with its favorites on-screen lies an ideal of beauty and truth that can never be found except in the never-never-land of happy-ever-after Movieland.

This article was original published in the Indian Cinema journal 1982-83. The images used in the feature were taken from the original article and the video is sourced from the internet.
3195 views