Nasir Hussain and I 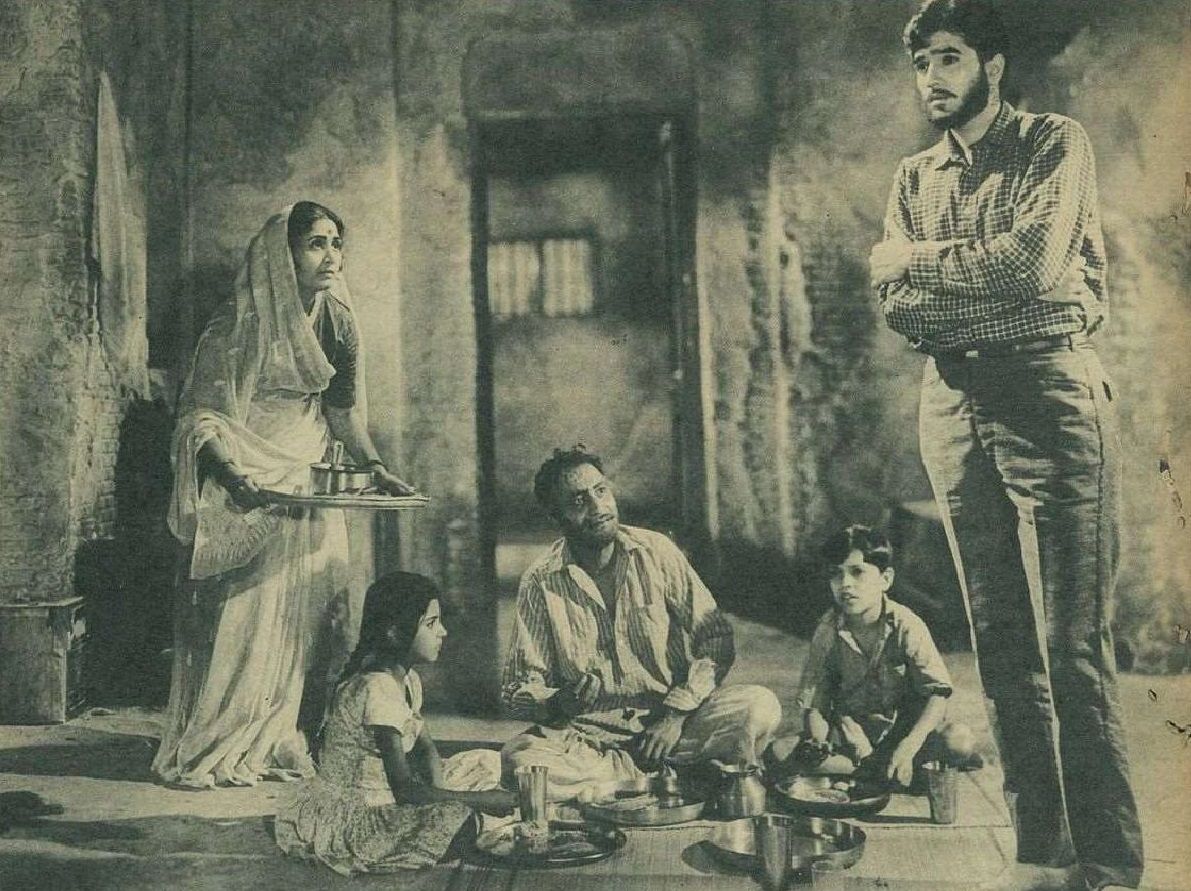 A still from Nasir HUssain's Baharon Ke Sapne, which was written by Rajinder Singh Bedi

I first met Nasir Husain during the heyday of Filmistan when he was trying to establish himself as a writer for films - the popular variety, sans all reality. He fast acquired the S. Mukherjee stamp: it was possible, perhaps, because he was not 'corrupted' by serious literature yet, even though his short stories had found pride of place in the Urdu magazines. Our meeting started with a tiff, for he corrected an expression of mine in point of language. I did not like it, for I considered myself too senior in the world of Urdu letters for him to presume to such a corrective role.

Later, he bowled me over by offering unlimited help to me when I was venturing on a production. I have done as much for him as dialogue writer for his film Baharon Ke Sapne (1967) and he must have realised that after all I was not such a difficult person as he might have imagined. We understood each other and gauged each other's nature correctly.

Nasir Husain has made many movies and has carved a name for himself both as a writer and as a producer. He is a force to reckon with in the world of entertainment films - a world which I only tolerate, but have never really liked. But there was one person in my own family who would always argue on behalf of Nasir Husain - my son, Narinder, who follows closely the tricks of Nasir's trade, for, according to him, that is the only way to success at the box-office.

Nasir Husain, however, made one picture which was not as big a success as his earlier films. So, Narinder, oracular and assertive as only the young can be, pronounced judgment that Nasir Husain had exhausted his formulae and was at the end of his tether. He had become repetitious and monotonous.

Therefore, when Nasir contacted me and asked me to write for his next film, I was a little taken aback. Perhaps, Narinder was right. Perhaps he had run out of new ideas. But when he narrated the story of Baharon Ke Sapne to me, considerably different from the type of theme he had favoured earlier, I was agreeably surprised. I signed up and came home to tell Narinder that his erstwhile hero was not at the end of his tether after all. Either, he had read the signs of the times or had decided to explore a new field and offer to his public a new kind of story depicting the life of a mill worker.

It was a real compliment to me to be asked by a writer of such note and success to write for his film. He had done this kind of thing earlier when he got his Teesri Manzil (1966) directed by Vijay Anand, in spite of the fact that he himself is a director of no mean order. I was gratified and was determined to rise equal to the confidence reposed by my friend in me. Discussions followed and I found Nasir's was no mere doctrinaire understanding of the life of the poor and the down-trodden. He felt for the mill-worker, the petty shop-keeper, even the small town shore, and this lent reality to the life shown in Baharon Ke Sapne.

In the course of my work with Nasir Husain, I found him warm and cordial. We worked as a team, understanding each other's point of view. The disapproval of a scene as written by me did not make me disconsolate, nor did my refusing to accept his ideas whole-sale offend his self-esteem. This, in spite of the fact that in a film it is the director who has all the threads in his hand and it is he who makes a movie the final work of art it is. But Nasir had the whole thing clearly pictured in his mind to the minutest detail and could transmit his ideas lucidly to the writer, his artistes and others associated with the film. Our differences could therefore be only minimal, marginal matters of nuance and emphasis.

Baharon Ke Sapne is so different from the successful Husain formula that distributors were distraught. They remonstrated with the producer vehemently but he stuck to his guns and would not after his decision and dealt with the theme in the way integrity demanded.

The result is a film which is definitely different from the usual Indian product. It is a courageous departure from the beaten track.

This article was originally published in Star & Style magazine's 1 August 1967 issue. The images were not part of the original article.