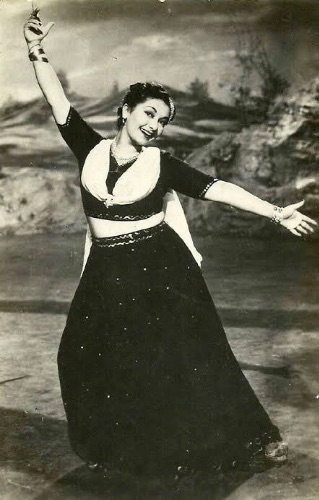 A child actor, a heroine, a villain, and finally a comic actor: actress Manorama enjoyed a nearly six-decade long stint in Indian film.
Manorama was born to an Irish mother and an Indian Christian father in Lahore on 16 August 1926. At her birth, she was christened Erin Issac. Her father was a professor at an engineering college, and a man of progressive beliefs. Both her parents were also music enthusiasts, and Erin grew up receiving training in both classical dance and music. She started performing on stage at a very young age, and on one such occasion, she was spotted by the established filmmaker R.K. Shorey. Impressed by her performance, he convinced her father to allow her to act in films, and dubbed her Manorama. She was just ten years old at the time. As an adult, her first film appearance was in the hit film Khazanchi (1941).
Within a few years, Manorama had become one of the most sought after actresses in Punjab. In 1945, she worked in the film Champa (1945), followed by Badnaami (1946), Khamosh Nigahen (1946) and Chunariya (1948), where she starred alongside well-known actors of the time like Majnu, Nissar and Wasti. After the Partition of India, she had to move to Mumbai. Weighed down by the struggle of establishing a new life, she was beginning to lose hope when her former acquaintance, the actor Chandramohan, came to the rescue. Not only did he encourage her to remain in Mumbai, but also introduced her to various filmmakers and directors. In 1948, she was cast as Dilip Kumar’s sister in the film Ghar Ki Izzat.
Soon, she began to receive offers for roles in films, but most of these were supporting roles. At this time, she married the actor Rajan Haksar. Once she had essayed the role of a villain on screen, she was pegged as a character actor, and only received offers for similar roles. Eyes narrowed in cruelty, announced by the grating tone of her voice—Hindi cinema had found its new loathsome matriarch. In this role of a comic villain, she appeared successively in Dus Lakh (1966), Do Kaliyan (1968), Ek Phool Do Mali (1969), Bombay to Goa (1972) and Seeta Aur Geeta (1972). She also turned her skill to great effect as a comic actor in films such as Mehboob Ki Mehndi (1971).
By the seventies, Manorama began to stop receiving offers for films. In the eighties, she faced a difficult stretch in life. She separated from her husband after many years of marriage, and was forced to confront crippling loneliness while dealing with an extended period of unemployment. She appeared briefly in Haadsaa (1983), before disappearing from the limelight again. After this long break, she started working as an actor in Hindi television serials in the nineties. Her last role of note was in Deepa Mehta’s acclaimed film Water (2005). In the course of her long career, Manorama appeared in 150 films. Unfortunately, she died in relative obscurity on 15 February 2008, with no one from the film industry present upon the occasion of her demise. 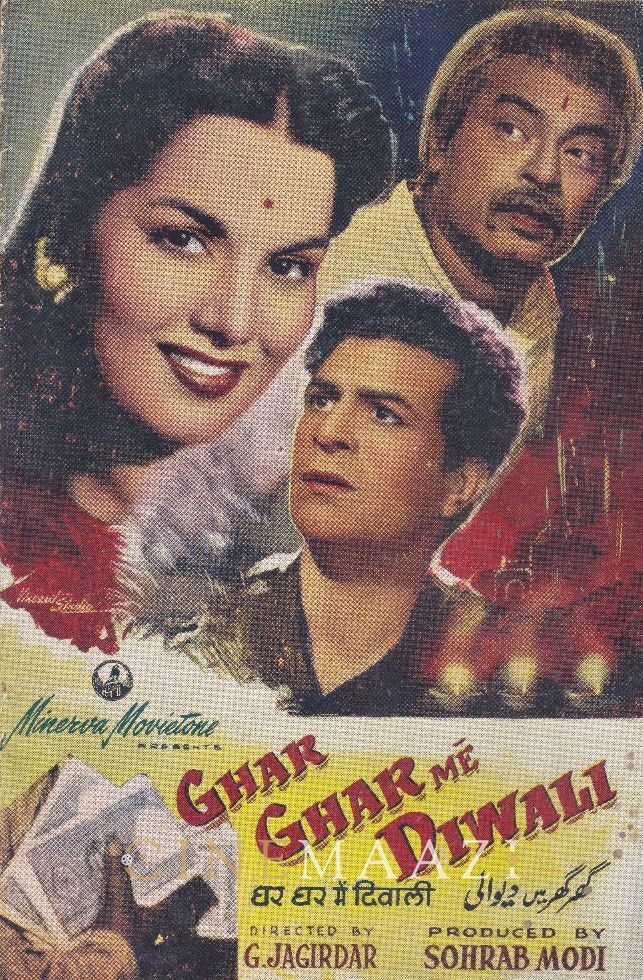