One of the finest fantasies of the Arabian Nights, the story of Ali Baba who out-witted the king of robbers, has come to be read and enjoyed in almost every part of the world. The film opens with Cassim’s wife making a display of her riches and wealth in one of her luxurious apartments. Ali Baba is a poor chap and his wife is not used to any riches. He lives practically on the generosity of his brother Cassim and by cutting wood in the jungles. Ali Baba has a young son, and Marjina is a slave girl at Cassim’s. Though poor, Ali Baba has high spirits, and sings in his kitchen while cutting wood. Cassim entres and is angry at seeing his brother happy though in poverty, and accuses him of mis-using his charity. It was Ali Baba’s daily duty to go to jungle and cut wood. One day he sets out on his usual trip, but gets his life’s surprise.

There is a slave girl by the name Zabba in Cassim’s house and she spys on them and helps a gang of robbers. Zabba learns that a rich merchant is to come to Cassim’s house as his guest with his caravan of riches, and sends the message to the gang of robbers by the cunning method of sending a letter tied to a trained pigeon. The robbers in the forest are having a little fun by playing dice, and the leader Abu Hassan tries to cheat his fellow-men in the game. One of the men catches him in the act of cheating, and Abu Hassan admires his intelligence and appoints him his chief lieutenant. The message from the spy-girl Zabba reaches the robbers, and Abu Hassan gives instructions to his men to way-lay the merchant and robs him of his rich caravan.

In the jungle Ali Baba discovers by accident the strong-hold of the robbers where they hidden all their treasure. He hears the robber’s magic words ‘open simsim’ and ‘Shut Simsim’ and by repeating these Ali Baba enters the cave of treasure and fills his bag with money to his heart’s content. On returning home, he finds a money lender harassing his wife for the money owed him, and throws gold at the money lender to the surprise of his wife. He wants to know the exact worth of the gold he has brought and suggests his wife to borrow a scale from Cassim’s house to weigh them. The spy girl Zabba tells Cassim’s wife that Ali Baba’s wife has come to borrow the scale, and to find out what they weigh with it, Cassim’s wife whispers some-thing in the ears of Zabba. When the scale is returned, Cassim’s wife knows that gold coins were weighed in it.

Ali Baba’s son loves Marjina, the slave girl, and carries on a romance with her in Cassim’s gardens. In the meantime, the robbers kill the merchant and all his men, and take the entire booty to their cave. Abu Hassan, the leader of the gang comes to Cassim’s house disguised as the merchant, and Cassim receives him with all hospitality. While Cassim is thus entertaining the ‘merchant’, Ali Baba also arrives with his wife, with great pomp and pageantry. Cassim is stunned at his brother getting so rich, and gets the secret out of him after a long treatment of drink, dance and music. Marjina overhears the ‘merchant’ (Abu Hassan) and the spy girl Zabba talking about their victory. Out of her love for Ali Baba’s son she discloses everything to Ali Baba’s son. During the talk the robber promises to buy up Zabba from Cassim. In the slave market, just when the bids are highest, Ali Baba’s son brings police, and tells them that Abu Hassan is the leader of the robber gang, and the merchant. In the fight, however, Abu Hassan the slave girl Zabba, and his men escape, Cassim arrives at the cave of treasure. His greed for riches detains him there beyond dusk. He is discovered by the robbers, and killed. Abu Hassan accuses Zabba, the slave girl thinking that she had disclosed their secret to Cassim. Her pleadings are of no avail, and Abu Hassan puts her into the torture chamber, where several others were put before her.

Ali Baba’s son and Marjina are seen together making love to each other. He promises to marry her, despite of her being a slave girl. Ali Baba learns that Cassim has not returned. He starts out with his son to search for his brother. They reach the cave, and with the magic words, the door is opened and they discover Cassim’s body hung at the doorway. They remove the body from there to give him a decent burial, and take away some riches also. They engage a cobbler to stitch up the body to conceal the marks of violence. The cobbler is blind-folded and taken to Cassim’s house so that he may not reveal this to anybody.

The robbers return, and find out that body of Cassim is removed. The leader sends out his men one by one at pain of death to find out who had done it. None succeeding, the leader himself undertakes the task, and eventually succeeds in finding out that Ali Baba was responsible for all his troubles. He makes pretence to enter Ali Baba’s house that is now the richest in the city, and arrives with all his men, disguised as a great merchant. There is dinner, dance, music and gala entertainment at the house of Ali Baba. Marjina succeeds in out-witting the wittiest of robbers. The slave girl Zabba escaped from the Dungeon. Marjina and Ali Baba’s son are wedded. 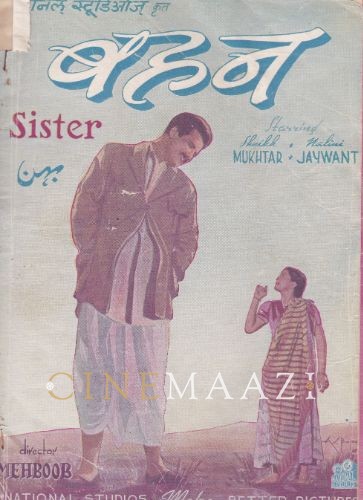 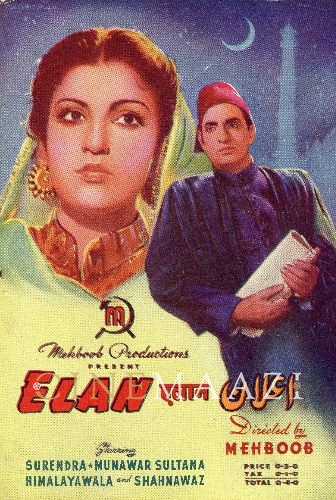